Google Messages has started rolling out a feature that lets users sort out messages into different categories, as per a report. The tech giant was spotted testing this feature a little over a month ago, and more users are now reporting to have the feature. Messages will be categorised into the following categories: personal, transactions, OTP (one-time passwords), offers, and more. The feature, once rolled out, can be enabled or disabled through a toggle switch in the settings menu of the Google Messages app.

Android Police reports that the feature has begun rolling out for SMS messages on Google Messages. A bar is displayed on top of the messages list, which shows the available categories you can segregate your messages into.

You will be able to change the category once it has been assigned, according to the report. You can also share the message and category change update with Google, so that the feature can improve its categorisation. 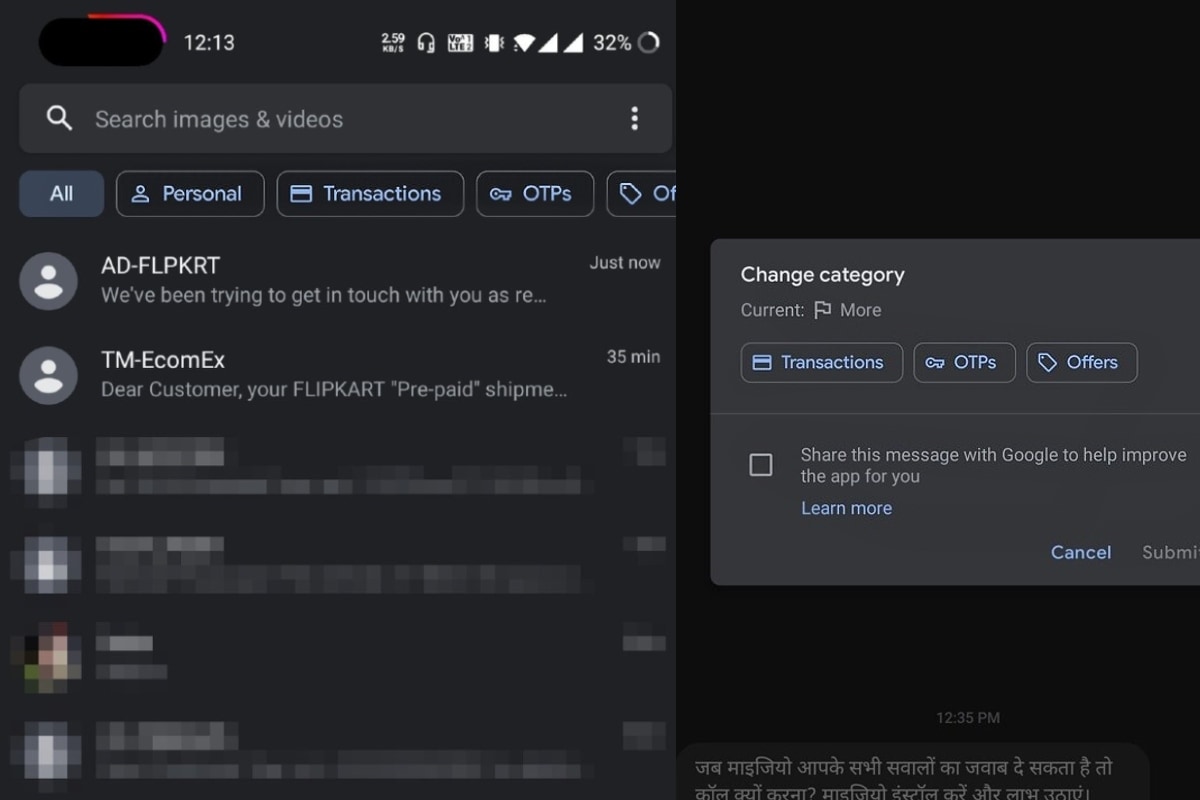 The tags for categories on Google Messages does not seem to be working yet. A Twitter user said that changing the category did not change the message list either. However, as the categories have started to appear for more people now, it is likely that Google will have a wider rollout for the same in the coming weeks.

Once rolled out, the feature will help users reduce the clutter in their inboxes, and also help them find specific messages quickly through the categories. You can update your Google Messages app from Google Play to see if the categories feature has rolled out for you yet.