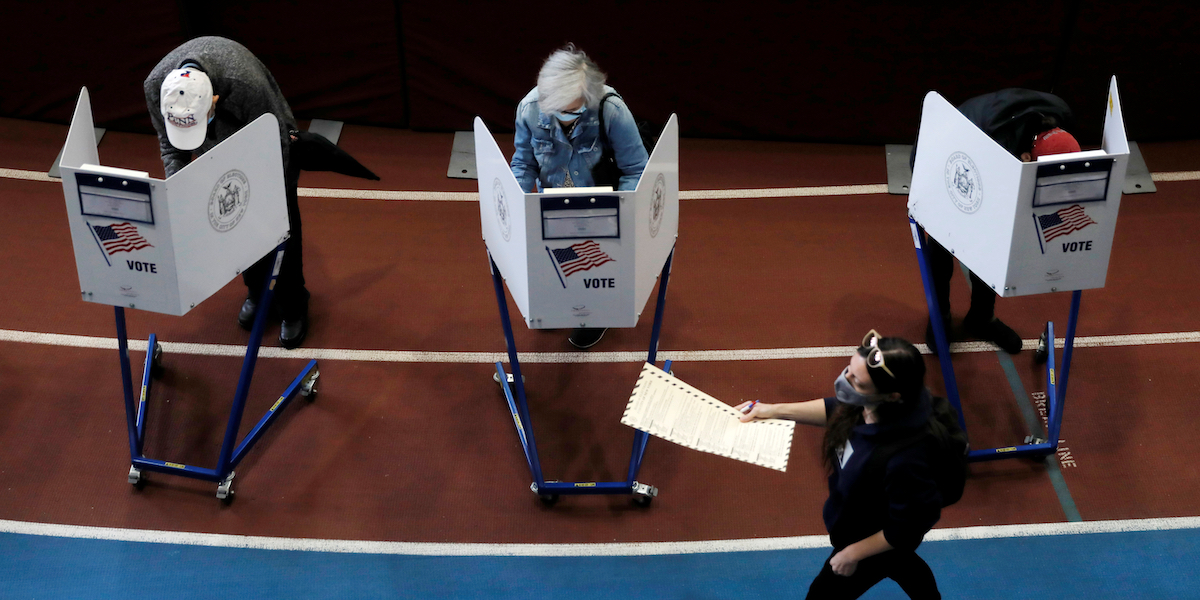 In the United States, there was nothing else this week except for the presidential election. More people voted in this election than in any other previous U.S. presidential election — a total of 143,518,226 votes and counting. As we close out a long, stressful week, it appears all but a formality that Joe Biden and Kamala Harris will be the country’s next President and Vice President. Meanwhile, Donald Trump rages on in a toothless effort to hang onto power.

The results of the election were not the resounding referendum against white supremacy, misogyny, xenophobia, and bigotry that many had hoped for. But at least the fears about how technology could tip the scales of this election didn’t apparently come to pass — many were concerned about numerous threats from (or enabled by) technology, from deepfakes to bots to hacking. It’s true that technology certainly contributed to, or at least enabled, some of those threats, and we may not know much about the extent of their effects for some time, but it’s a relief that it’s not been so onerous that it’s dominated conversations about the election results. Instead, all eyes are on the slow trickle of run-of-the-mill ballot counting. We’ve heard little in the way of the controversy that could have emerged because of voting machine flaws; conversations have been more focused on things like how Nebraska divides its electoral votes and the political predilections of independent voters in Maricopa County than hacked voting systems.

Though technology wasn’t the star of the show this week, it’s there under the surface, which actually jibes with its place in life and work more generally. Even when you don’t see it, it’s there. Even if you don’t realize that algorithms are making decisions (or are contributing to people making decisions) for you and about you, they are. This is by no means the last we’ll hear about AI-powered threats to elections, businesses, and day-to-day life.

We’ve covered these stories on VentureBeat, and we’ll continue to cover them. As journalists, we always want to follow the most important, most compelling stories happening in the world. But as tech journalists, it can be challenging to find our lane in those massive stories, from the pandemic to the election. Our small team, though, has done a commendable job doing just that. And so, at a moment that feels like a Moment, I’m pausing to pointing back to the excellent work that my colleagues have produced leading up to the election.

They wrote about how AI-powered polling predictions held up against human pollsters, and how some of those AI predictors may gain some more attention in future U.S. elections.

They wrote about how chatbots like IBM’s Watson Assistant will likely play an increasing role in how people grab relevant information leading up to election day and beyond, although the assistants seemed to lag a bit in this cycle.

They wrote about how tech running amok could threaten the election, the dangers of crippling misinformation (sometimes from other countries), weaponized information leaks, and cyberattacks of various kinds.

They wrote about how bots are an effective means of rapidly spreading misinformation like conspiracy theories, disrupting online conversations, fomenting divisiveness, and more.

They wrote about how social media titans like Facebook and Twitter continue to struggle with managing the outsized impact they have — how people largely distrust them, how their efforts at culling dangers on their platforms can be manipulated, and thus how removing a few Nazi symbols from campaign pages isn’t moving the needle much.

They wrote about the threat of deepfakes, a bogeyman that hung over the months and weeks preceding the election. They wrote about how it caught the attention of the U.S. Congress as far back as the summer of 2019.

Behind the names on those bylines are our copy editors, Karen Spiegelman and Ramlah Yavar, who rarely get the credit they deserve — for not just catching errors, but for pushing writers to perfect their work, harden their arguments, and tighten up their headlines.

As the election sidles toward a Biden/Harris victory, some people are dancing and some are just quietly relieved. But we have not reached a mountaintop. This election has served to do what the pandemic has done: highlight the many cracks, flaws, and endemic problems in our country’s values and systems. Technology underpins much of it; social media continues to be a scourge, the threats posed by bots and deepfakes will only grow, algorithmic injustice will persist, and AI-powered tools may be used as weapons.

But we have reached a plateau of sorts — a flat spot in the midst of the long climb where we can sit down for a moment, take a breath, and appreciate the work we’ve done and the progress we’ve made. We’ll take the weekend, but we’ll get back to it on Monday. There’s more to do.