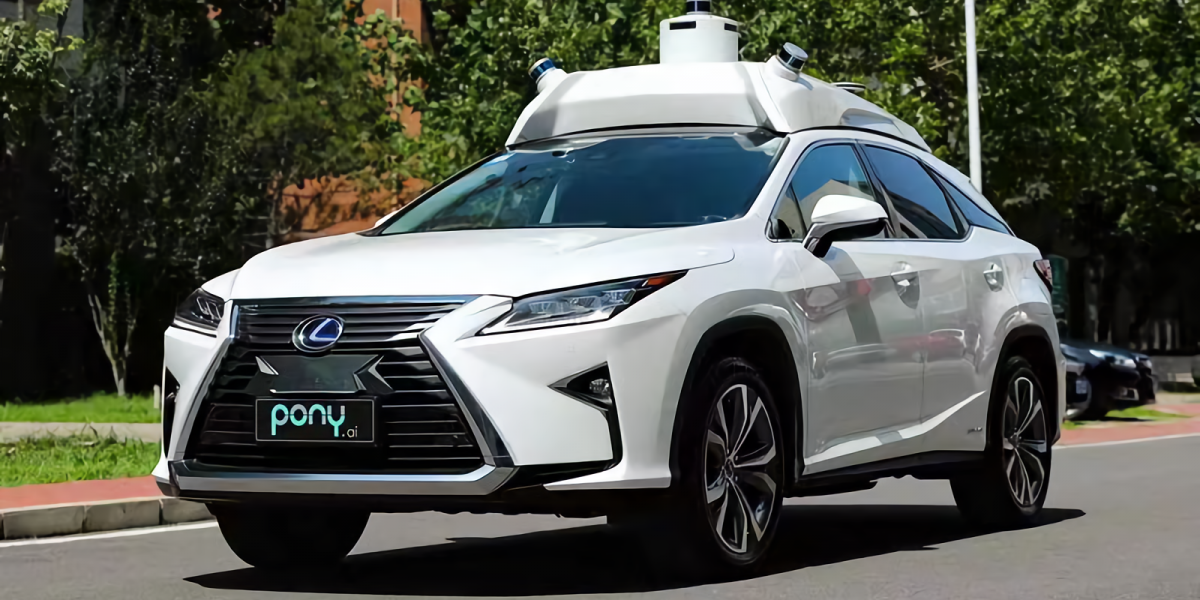 In a sign that investors’ enthusiasm for driverless cars hasn’t waned during the pandemic, Pony.ai today secured a whopping $267 million in fresh funding. The capital infusion brings the Guangzhou- and Fremont, California-based startup’s total raised to over $1 billion at a valuation north of $5.3 billion (up from $3 billion as of February 2020). The Ontario Teachers’ Pension Plan Board’s Teachers’ Innovation Platform led the series C round with participation from Fidelity China Special Situations PLC, 5Y Capital, Clearvue Partners, Eight Roads, and others.

For comparison’s sake, rival Aurora’s previous tranche totaled $530 million at a reported $2.5 billion valuation. Cruise Automation, a GM subsidiary and one of the best-funded autonomous vehicle ventures, has an estimated $14.6 billion valuation. Zoox’s $465 million series B in 2018 valued the driverless car company at $3.2 billion post-money, and VW Group’s recent $2.6 billion investment in Argo AI, which is allied with U.S. automaker Ford, valued it at $7 billion.

Some experts predict the pandemic will hasten the adoption of autonomous transportation technologies. Despite needing disinfection, driverless cars can potentially minimize the risk of spreading disease. But surveys are mixed, with one from Partners for Automated Vehicle Education showing nearly three in four Americans believe autonomous cars aren’t ready for prime time. Unsurprisingly, Motional itself disagrees with this assertion. One-fifth of respondents to its Consumer Mobility Report are “more interested” in autonomous vehicles than they were before the pandemic.

Former Baidu chief architect James Peng cofounded Pony.ai in 2016 with Tiancheng Lou, who worked at Google X’s autonomous car project before it was spun off into Waymo. The pair aims to build level 4 autonomous cars — able to operate without human oversight under select conditions, as defined by the Society of Automotive Engineers — for “predictable” environments such as industrial parks, college campuses, and small towns, with a tentative deployment window of several years from now.

Pony’s full-stack hardware platform, PonyAlpha, leverages lidars, radars, and cameras to keep tabs on obstacles within up to 200 meters of its self-driving cars. It serves as the foundation for the company’s fully autonomous trucks and freight delivery solution, which commenced testing in April 2019 and is deployed in test cars within the city limits of Fremont and Beijing (in addition to Guangzhou).

Pony.ai is one of the few companies to have secured an autonomous vehicle testing license in Beijing. Stateside, in California, it has obtained a robo-taxi operations permit from the California Public Utilities Commission. Only three other companies have such a license in California: AutoX, Waymo, and Zoox.

Last October, Pony.ai partnered with Via and Hyundai to launch BotRide, Pony.ai’s second-ever public robo-taxi service after a pilot program (PonyPilot) in Nansha, China. BotRide allowed riders and carpoolers to hail autonomous Hyundai Kona electric SUVs through apps developed in with Via, sourcing from a fleet of 10 cars with human safety drivers behind the wheel.

More recently, in August, Pony.ai inked an agreement with Bosch to “explore the future of automotive maintenance and repair for autonomous fleets.” Pony.ai and Bosch’s Automotive Aftermarket division in North America plan to develop and test fleet maintenance solutions for commercial robo-taxi programs; Pony.ai says it began piloting a maintenance program with Bosch in the San Francisco Bay Area in early July.

Pony.ai has competition in Daimler, which in summer 2018 obtained a permit from the Chinese government that allows it to test self-driving cars powered by Baidu’s Apollo platform on public roads in Beijing. Separately, startup Optimus Ride built out a small driverless shuttle fleet in Brooklyn. Waymo, which has racked up more than 20 million real-world miles in over 25 cities across the U.S. and billions of simulated miles, in November 2018 became the first company to obtain a driverless car testing permit from the California Department of Motor Vehicles (DMV). Other rivals include Tesla, Aptiv, May Mobility, Pronto.ai, and Nuro.

Fortunately for Pony.ai, it has a partnership with GAC Group (a Guangzhou-based automobile maker) to develop level 4 robo-taxi vehicles and a joint collaboration with On Semiconductor to prototype image sensing and processing technologies for machine vision. It’s also driven over 1.5 million autonomous kilometers (or about 932,056 miles) as of year-end 2019, putting it within striking distance of Yandex (2 million miles) and Baidu (1.8 million miles).

Together, these advantages could help position the company to chase after China’s gold mine of a driverless car market. According to a McKinsey report, self-driving vehicles and mobility services in the region are expected to be worth more than $500 billion by 2030, when the number of autonomous cars on public roads is expected to reach 8 million.