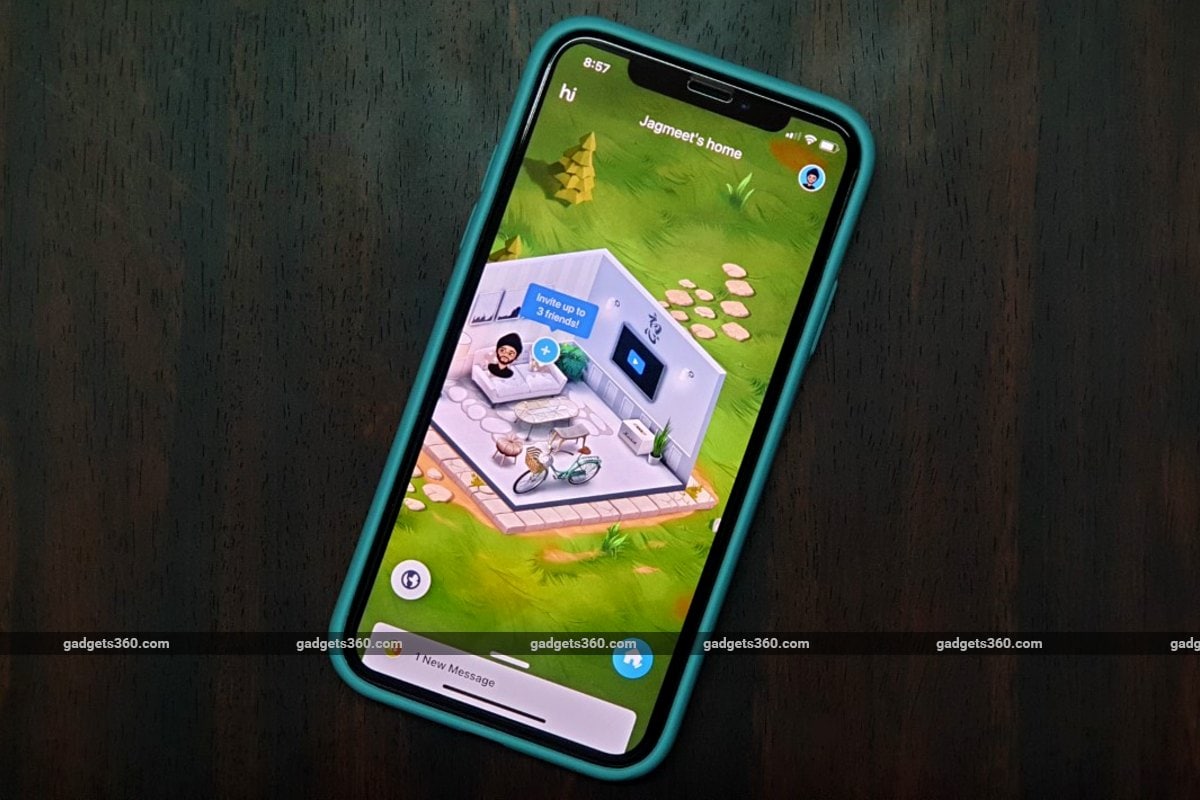 Hike, the Indian company that once gained popularity in the country’s instant messaging market by bringing a local alternative to WhatsApp, is aiming to expand its presence by introducing a mobile-first virtual space called HikeLand to the masses. First launched in June for initial testing, HikeLand has now been brought out of early preview. Hike claimed that it had seen a daily average time spent of 50 minutes on HikeLand since launch. This is 15 to 20 minutes more than the average time spent of 30-35 minutes on the Hike Sticker Chat app.

“Despite us launching in an early preview and launching it as a sort of beta product to market, the time spent we got has been fantastic,” Kavin Bharti Mittal, Founder and CEO of Hike, told Gadgets 360 over a virtual call. “But we’re excited about the next couple of months because we finally take HikeLand out of early preview.”

He, however, didn’t provide any numbers to detail the success in early adoption of the virtual space.

Years after exploring opportunities to grow as an instant messaging app and then moving towards building a super app, Hike decided to go beyond messaging and text and bring a virtual space for social engagements. That brought HikeLand to its inception earlier this year.

HikeLand is available as a feature within the Hike Sticker Chat app that the company said surpassed 20 lakh weekly active users in December, and provides users with the space where they can virtually sit along with their friends. It offers Home as a private area where you can watch videos with up to three of your friends and chat with them while watching content online.

For connecting with like-minded individuals other than your existing friends, there is a dedicated space called Big Screen. It works like a virtual theatre where many people can connect for watching videos, look into each other’s profile, and chat individually.

However, Hike wants to further expand engagements on HikeLand, and for that, it has brought games. The New Delhi-based company has added ludo to begin with. 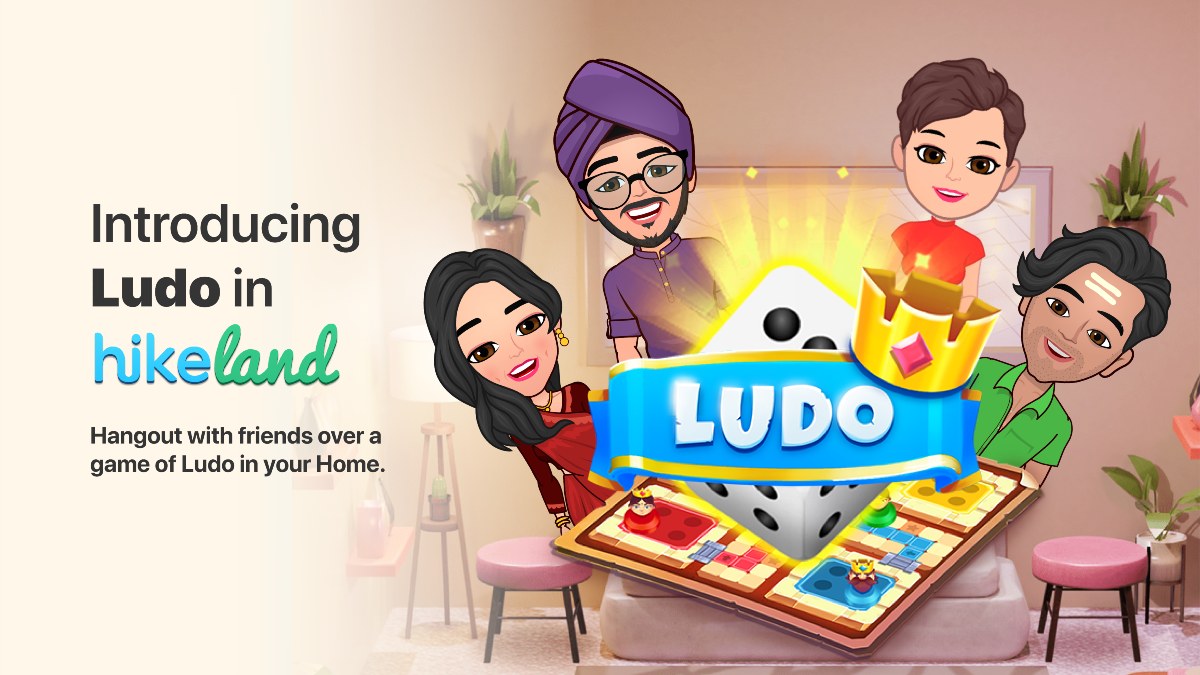 HikeLand lets you play virtual ludo with your friends

There is a dedicated Ludo icon inside the HikeLand Home screen to let users play the strategy board game with up to three friends.

Mittal said that the ludo game was developed internally, with some work carried out by small third-party studios. He added that Hike was open to work with game developers and studios to expand the new multiplayer casual gaming experience in the virtual space.

“Our goal is not to go after ‘professional’ gamers because there are plenty of products out there that have been built for that market,” he said.

Alongside adding ludo, Hike enabled the option to make group calls with up to three friends directly from HikeLand. The company also upgraded its in-app avatars called HikeMoji with full-body support. There is a virtual wardrobe with a collection of clothing from Indian and western to sports, lounge, and superheroes, among others. All this is aimed to keep people stick to the virtual space. 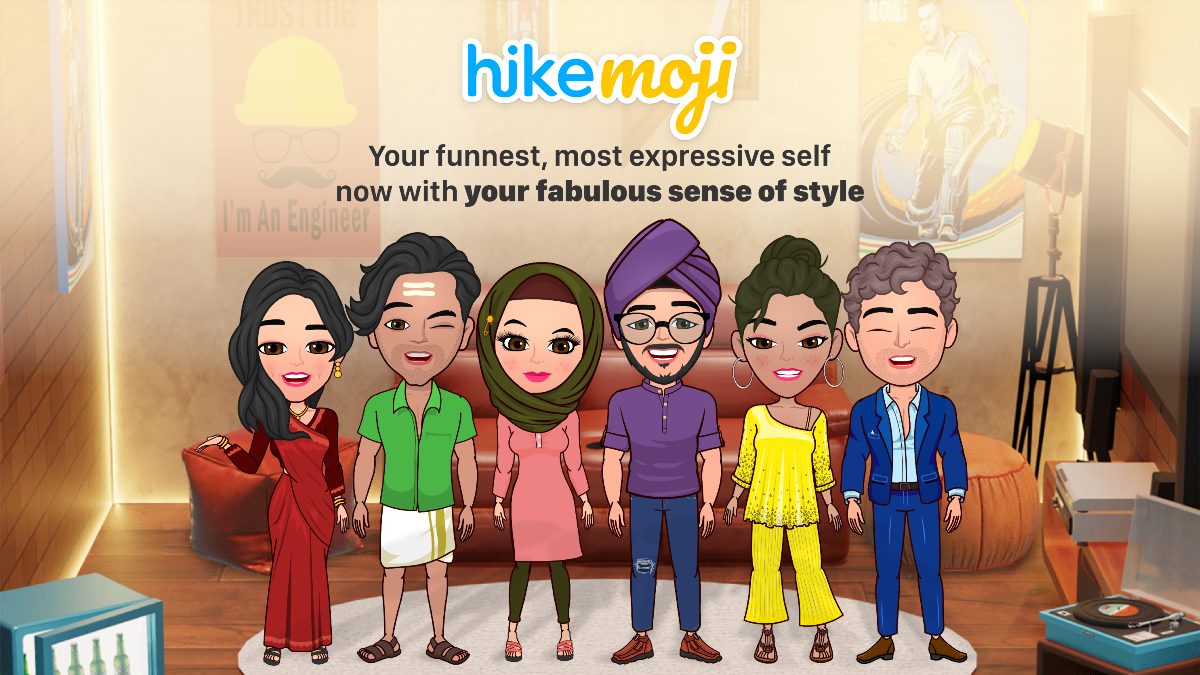 The addition of the new features is also likely to help Hike attract new users.

Tier-2, tier-3 towns dominate userbase
Mittal of Hike told Gadgets 360 the majority of its users come from tier-two and tier-three towns. It is, in fact, 66 percent of the entire userbase of the Hike app. Thus, the company decides the features that are relevant more for the audiences living in those towns.

“Hanging out experiences like this are much more relatable in the mass market because they don’t necessarily have these avenues to hang out offline,” he said.

The domination of tier-2 and tier-3 towns in its userbase is also the reason why Hike chose to bring ludo as the first game over expanding the video content portfolio on HikeLand that still has YouTube as the lone option for its users.

“The demand for games and ludo was much, much bigger than things like Netflix and Amazon Prime Video,” said Mittal. “But it is on the list and we anticipate it and bring it to the platform hopefully sooner than later.”

Growth likely to continue post pandemic
Hike’s move with its virtual space comes amid the coronavirus outbreak that has pushed many of us to start getting online. It is, therefore, natural for HikeLand to see the signs of its early growth. However, Mittal of Hike is optimistic that the growth would continue even post the pandemic as the peak usage of Hike has always been between 10-12:30pm at night.

“We also believe that there’s a step jump that’s going to happen from pre- and post-pandemic because a lot of the things that people didn’t know they could do online, they know now, which includes different ways to hang out with your friends,” he said.

However, there is still some presumption that the daily average time spent in the virtual space would go down around 40-45 minutes.

“There is no doubt that there is a little bit of extra time spent sitting there because of the pandemic,” he highlighted.

The growth through HikeLand is expected to eventually open the avenue for Hike to start generating revenues. But Hike’s Mittal stated that it would still take some time and not happen anytime soon.

“We’re running revenue experiences in Hike as we speak, and it’s important for us to try things out,” he said.