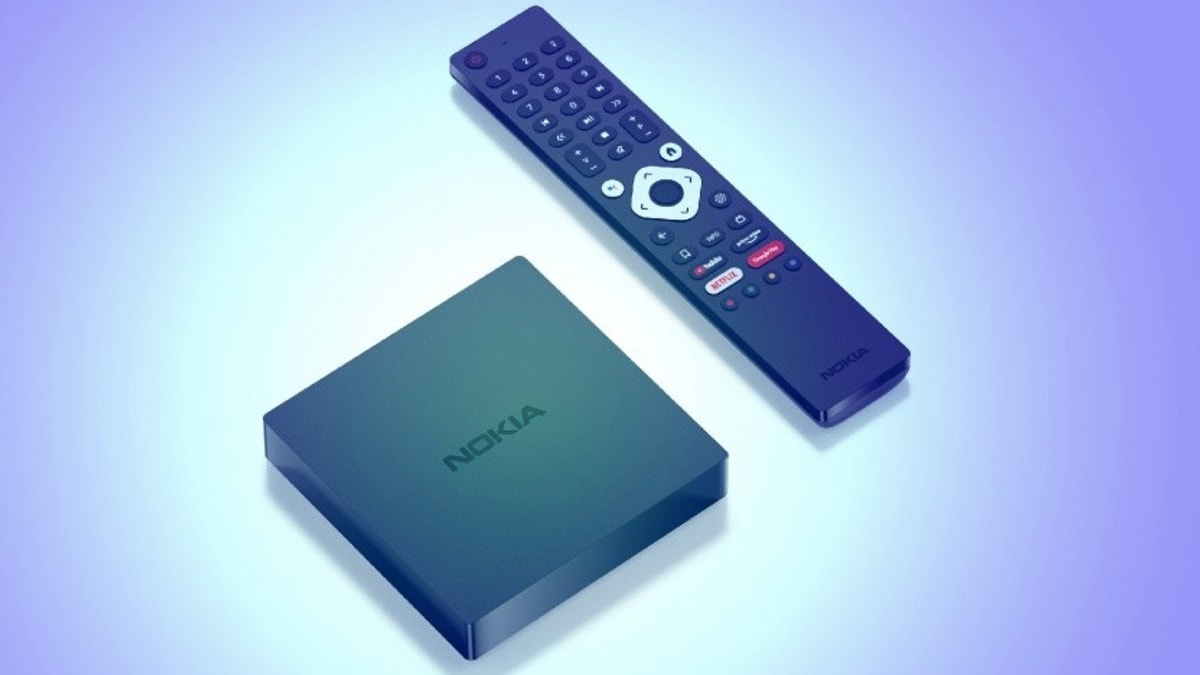 The Nokia branding rights for India are currently controlled by Flipkart, which launched a similar product — the Nokia Media Streamer — in India earlier this year for Rs. 3,499. Flipkart also markets smart TVs in India under the Nokia brand name.

The report from golem.de reveals images of the product, including the actual streaming device and its remote. The images reveal that the remote has hotkeys for Amazon Prime Video and Netflix in addition to YouTube and Google Play, suggesting that the mentioned apps will come pre-installed. The device will support 4K streaming, although specific information on HDR capabilities hasn’t been mentioned. That said, it’s likely that the device will support at least the HDR10 format, if not Dolby Vision.

A tweet from Android TV Guide shed further light on the specifications, including that the streaming device will be powered by an Amlogic S905X3 processor, and will run Android TV 10. It also showcases the ports on the device, including an Ethernet port, HDMI, Digital Audio Out, AV Out, USB Type-A, and USB Type-C, apart from a dedicated power socket for the included adapter.