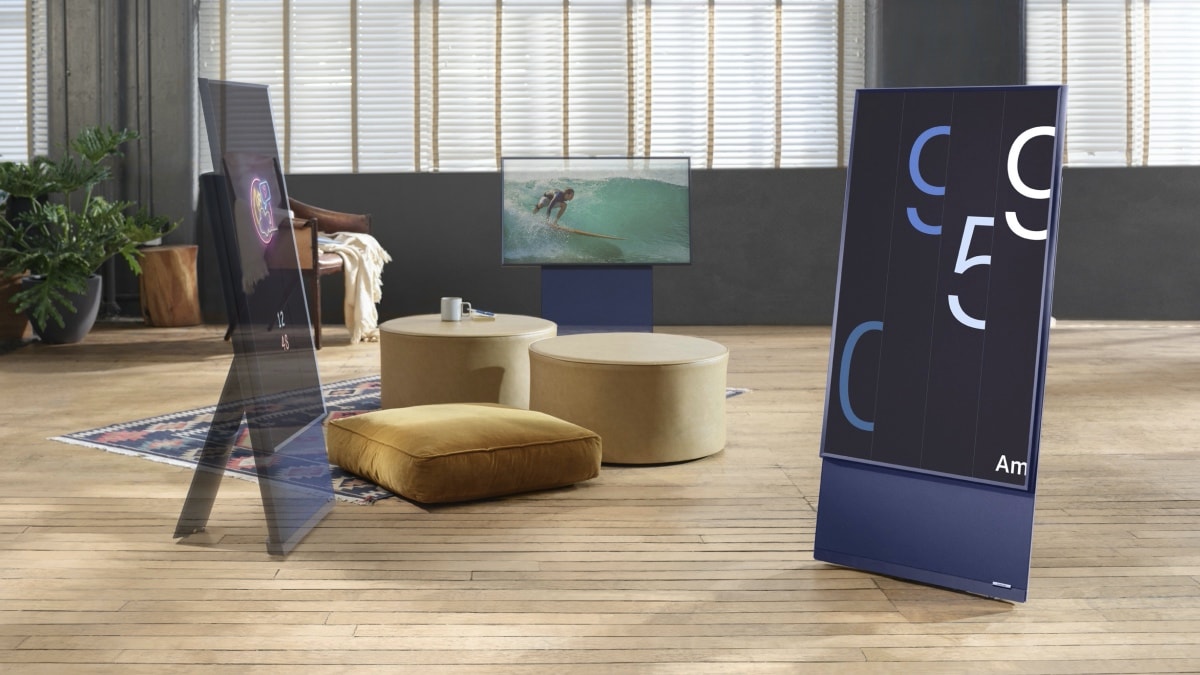 Samsung Sero, the company’s unique rotating TV that can be used both horizontally and vertically, has been launched in India. Sero, which means vertical in Korean, is a unique 4K QLED television that comes attached to a stand that allows it to rotate from a traditional horizontally-oriented viewing position to a vertically-oriented one. The television comes in a single 43-inch 4K QLED variant and will be available to buy in India exclusively at Reliance Digital stores.

Initially launched in South Korea last year, Samsung Sero is priced quite high for a 43-inch screen option, at Rs. 1,24,990. However, the unique design is what commands a premium price tag, with the TV capable of switching from horizontal to vertical orientations – essentially similar to landscape and portrait mode on a smartphone. The television is only being sold through Reliance Digital stores in India for now.

Available in a single display size option of 43 inches, Samsung Sero has an Ultra-HD QLED screen, with a resolution of 3,840×2,160 pixels. The television supports up to the HDR10+ format and can be used in multiple orientations. This ability to switch the orientation of the screen is the television’s signature feature and is touted as making the TV more social media-friendly.

Users can thus use the TV as a large screen for social media consumption on vertically scrolling apps such as Instagram and Twitter that are typically geared for the vertical orientation of smartphone screens. Similarly, smartphone video – which is often captured in portrait orientation – can be viewed on the Sero TV naturally oriented to the screen, rather than with black bars around the video.

Is OnePlus TV Q1 Pro the ‘Flagship Killer’ of TVs? We discussed this on Orbital, our weekly technology podcast, which you can subscribe to via Apple Podcasts or RSS, download the episode, or just hit the play button below.