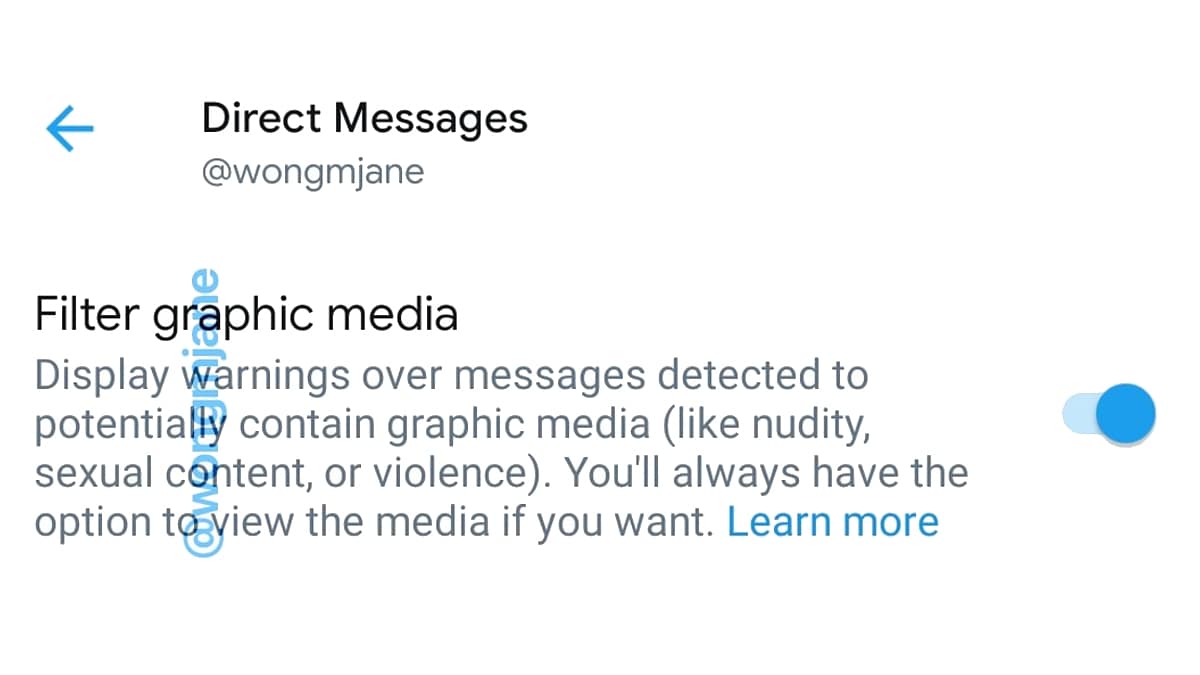 Twitter is reportedly working on an option that will let users decide whether to view or filter graphic media sent to them via direct messages or DMs. Reverse engineering expert Jane Manchun Wong spotted the feature that could be exclusive to direct messages. According to the screenshot Wong shared, users will be able to enable or disable the ‘Filter graphic media’ option on Twitter. On enabling the feature, users will get a warning displayed over the messages that potentially contain graphic media with an option to view the content with an extra step.

Reverse engineering expert Jane Manchun Wong shared the information of the allegedly upcoming Twitter feature on the platform itself. The option to ‘filter graphic media’ will be displayed in direct messages. It is likely to filter the content and display a warning when enabled but let the content be visible when disabled.

It is not clear whether users will get the option to further personalise the kind of graphic media they’d want to be able to view without a warning sign. All graphic media (nudity, sexual content, or violence) may be grouped together on Twitter. It is also not clear if the new filter will only apply to new message requests or if all messages will fall under its purview including from senders previously allowed.

The graphic media filter is not live on the micro-blogging site nor have any users reported spotting it. Twitter hasn’t officially said anything about such a feature being in the works, either.

Twitter could also be working on another feature for direct messages, as reported last month by Wong. The social media platform may soon give users the option to selectively mute incoming DM requests. This would disable notifications for repeated requests from the same sender and take the unaccepted conversation to the end of the users’ message request list.