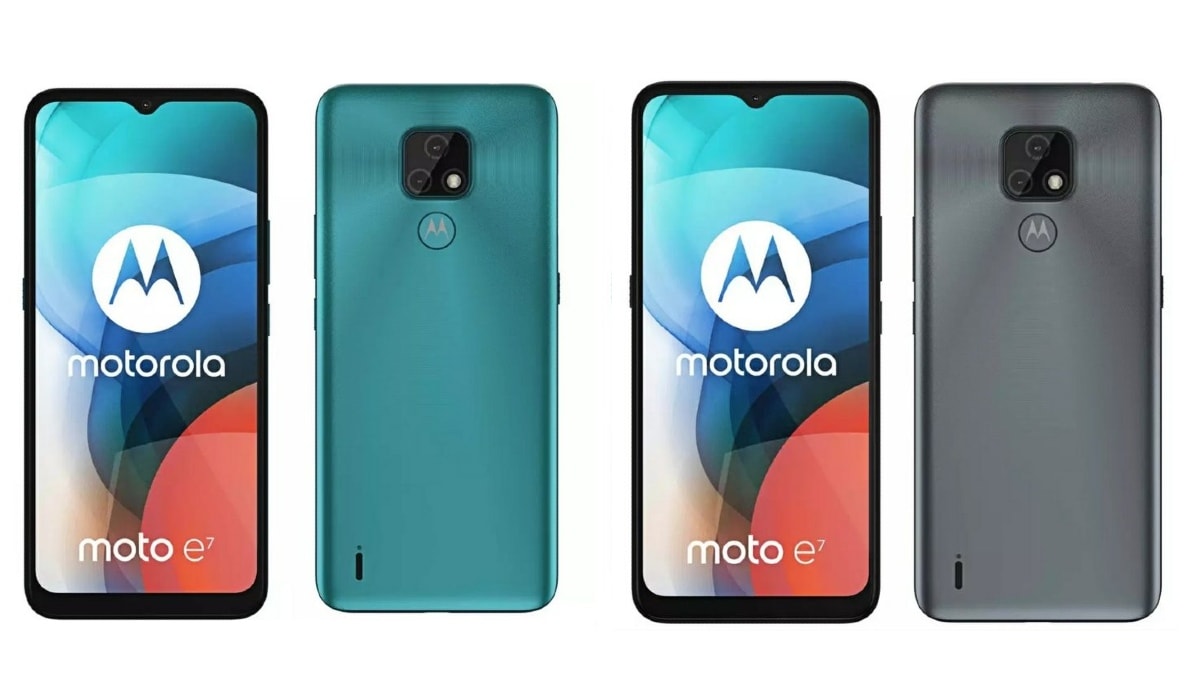 Moto E7 official-looking renders have been leaked by a tipster on Twitter, where it is visible in two distinct colours. The smartphone has been subject to several leaks in the past and has also been spotted on multiple certification sites. Along with the renders, key specifications of the purported Motorola smartphone have also emerged, that differ from the earlier leaks. According to the tipster, the smartphone will feature a 6.5-inch HD+ display and pack a 4,000mAh battery. Moto E7 is expected to sport a 48-megapixel primary sensor and a 2-megapixel secondary sensor on the back.

Moto E7 is expected to run on Android 10 out-of-the-box. Along with the 48-megapixel and 2-megapixel cameras in the rear, it could also sport a 5-megapixel selfie shooter at the front, as per the tipster. The smartphone by Motorola is tipped to feature a 6.5-inch HD+ display and pack a 4,000mAH battery.

A previous leak suggests that Moto E7 will come in a 2GB + 32GB storage configuration. It will have connectivity options such as 3.5mm headphone jack, Wi-Fi, LTE, GPS, and Bluetooth.

Moto E7 Plus was launched in India in September and is currently priced at Rs. 8,999. Moto E7 is expected to be a more affordable variant of Moto E7 Plus. While there has been no official word from Motorola about the upcoming phone, the recent leaks and official-looking renders suggest that a launch could be near.