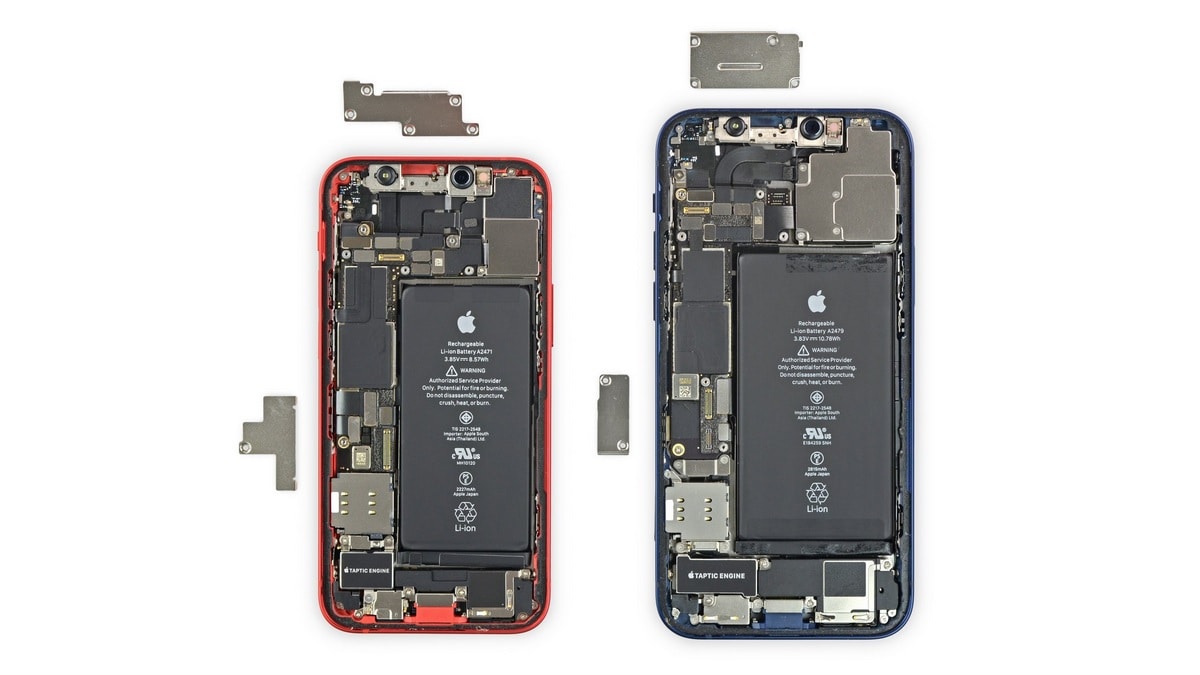 While the teardown process was pretty much the same for the iPhone 12 mini as the other iPhone 12 models, iFixit noted some differences that were made to accommodate the smaller size of the handset. iPhone 12 mini comes with a 5.4-inch display and measures 131.50×64.20×7.40mm. The teardown showed that the antennas were more asymmetrical as they could not be fitted into the “small-bodied phone” – as iFixit refers to it – in the same way as the bigger iPhone 12 models. The display for iPhone 12 mini opened to the left, just like iPhone 12, but is connected with two display cables instead of three.

The teardown also showed that the battery, Taptic Engine, and loudspeaker were smaller in size. Similarly, the earpiece, Face ID, and sensors in the upper assembly were shrunken down to fit the smaller iPhone 12 mini.