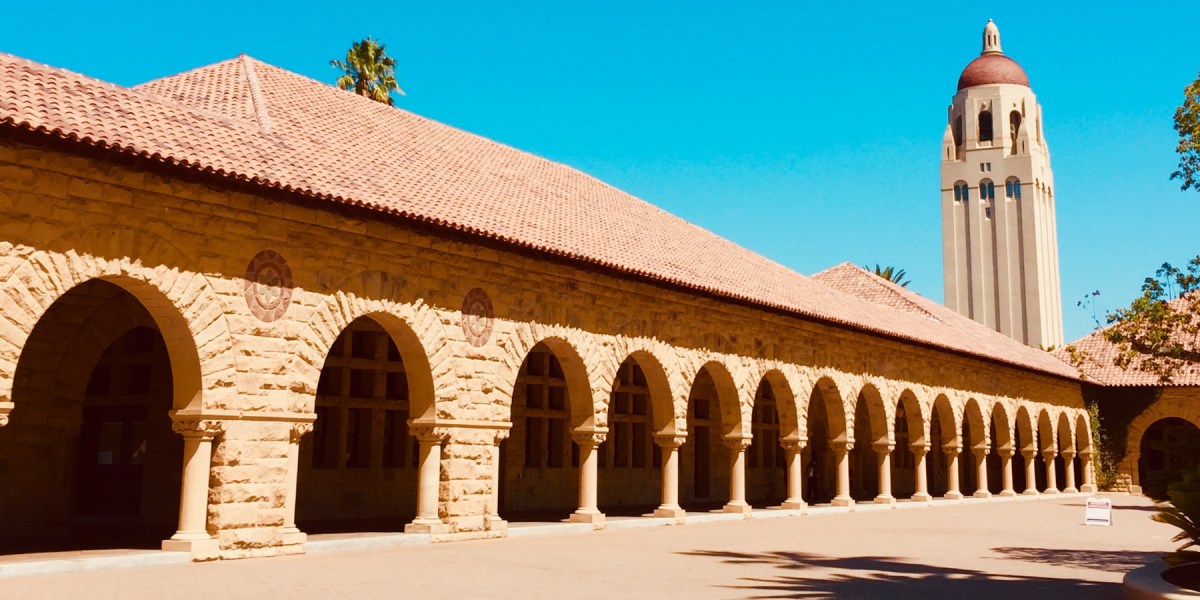 Stanford University is facing backlash from educators, students, and alumni for recently taking action to follow a Trump executive order that limits acknowledging the history of structural racism in the United States. Directives on how to modify diversity training were issued despite the fact that the order is likely to be rescinded in January when the new administration takes over. In some ways, a checklist issued to Stanford faculty appears to go beyond the Trump executive order, prohibiting any acknowledgment that “systemic racism exists at Stanford.”

The Stanford University checklist explicitly prohibits diversity training that discusses whether the United States is fundamentally racist or sexist or whether meritocracy is racist, sexist, or made by one race to oppress another. Additional documents from the university’s human resources department label diversity training related to critical race theory, white privilege, systemic racism, and racial humility as subject to review.

Stanford Assistant Vice President for University Media Relations Dee Mostofi told VentureBeat in an email that the checklist was prematurely made public.

“Unfortunately, a ‘Checklist’ to evaluate diversity training in order to comply with Executive Order 13950 was posted prior to final approval. The list was not reflective of Stanford’s efforts to build an inclusive workplace and has been removed,” she said. “While we must comply with all state and federal obligations, including the recent order, we do not intend to be dissuaded from our goal of squarely confronting racism and building a university culture in which everyone truly can thrive.”

My favorite banned words are “Systemic racism exists at Stanford.”

I am not making this up. @Stanford policy now says that saying that there is systemic racism at Stanford is now “prohibited content.”

VentureBeat also asked Stanford officials additional questions like when the checklist was planned for release and whether the HR directive can impact work beyond training but received no response by the time this story was published. Stanford professors began to complain publicly about how the university was moving to comply with the executive order on Saturday, a week after Joe Biden defeated Donald Trump in the presidential election. According to a document obtained by VentureBeat, the checklist was sent to faculty last Friday.

The order has faced a number of public challenges since it was issued two months ago. Groups working with the NAACP Legal Defense Fund are currently seeking an injunction against the executive order and the Department of Labor in a U.S. District Court in Washington, D.C. The African American Policy Forum has called on President-elect Biden to rescind the order on his first day in office in January 2021, while last week Rep. Joyce Beatty (D-OH) called on the Biden transition team to end the program when it enters office.

The Biden-Harris transition website lists racial equity as one of its four topmost priorities. While the site does not directly address Executive Order 13950, it doesn’t seem likely Executive Order 13950 will exist in two months. In a presidential debate in September, then-candidate Biden said diversity training and learning about the experiences of other people can play a role in ending systemic racism.

The diversity training checklist being recalled comes at a time when Stanford appears to be distancing itself from Scott Atlas, a senior fellow at the Hoover Institution who recently urged Michigan residents to “rise up” and resist newly imposed lockdown measures to fight the community spread of COVID-19. Stanford officials called Atlas’ comments inconsistent with the university’s approach to the pandemic.

Stanford is home to the conservative Hoover Institution, but the university in the heart of Silicon Valley is also home to one of the nation’s top computer science programs and is the second largest producer of AI research in the world behind Google, according to a December 2019 analysis.

Academic twitter: is your employer rushing to comply with #ExecutiveOrder 13950? The one issued by a lame duck dictator forbidding #CriticalRaceTheory #WhitePrivilege & #systemicRacism as terms in #DEI training? Just wondering, no reason. pic.twitter.com/e4ed0yCBTW

Critical race theory came about roughly 50 years ago in the 1970s and takes lessons from a range of social movements. It’s been incorporated into work by scholars in education, ethnic studies, law, and public health. A 2016 Stanford University study by the Stanford Graduate School of Education demonstrated that ethnic studies can improve school attendance and grades for students at risk of dropping out of high school.

Stanford is home to a number of groups whose work closely examines the impact of social hierarchies and the roles of race and gender, like the Stanford Institute for Human-Centered Artificial Intelligence (HAI), an organization whose work traffics heavily in understanding the impact of algorithmic bias. Many algorithmic fairness researchers argue that failure to recognize racial classification and its impact in fairness evaluations can make algorithmic bias even worse.

Stanford Law’s Robert Crown Law Library has a section dedicated to seminal works about critical race theory, and the university currently offers courses like Law, Bias, and Algorithms and The White Supremacist Constitution.

Other schools like the University of Arkansas and University of Iowa have moved to comply with the order, while it appears the University of Michigan chose the opposite route. More directives like the kind Stanford issued may be coming in the weeks ahead as federal agencies, contractors, and universities attempt to roll back diversity training efforts to avoid any potential impact to funding.

The executive order took effect immediately, but a portion that deals with requirements for government contractors goes into effect next week, 60 days after the signing of the order. The order also requires heads of federal agencies to submit reports to the White House’s Office of Management and Budget (OMB) within 60 days in order to compile a list of grant programs that must comply with the order.

Michele Dauber is a Stanford Law professor and sociologist who has pushed for stricter sexual assault reporting policies at Stanford. She spearheaded the successful campaign to recall Judge Aaron Persky in 2018 for his handling of the sexual assault conviction of Brock Turner. Dauber called the Stanford directive absurd on its face and contrary to science and history. It means that, for example, Stanford may not be able to benefit from training by notable scholars on campus like Stanford social psychologist Jennifer Eberhardt, whose work on implicit bias earned her the MacArthur genius grant in 2014. And parts of the directive and order still need to be clarified, Dauber said, in order to assess any potential chilling effect or impact to academic freedom.

“I can’t understand why any university would run to comply with Donald Trump’s order, and because we’re so well-resourced, we don’t have to,” she said. “Even assuming that it will ever become final, one could forgive a poorly resourced college that’s economically depressed not wanting to stand up to this and show regret and sorrow that they had to comply, but that is not Stanford University.”

Stanford University is ranked among the richest educational institutions in the world, according to U.S. News data. That puts Stanford in a position to explore legal options to challenge the order, Dauber said.

In addition to legal challenges, the Trump executive order also met opposition from business leaders. Last month, the U.S. Chamber of Commerce and 160 other organizations across the country banded together to issue a letter calling for the rescinding of the executive order. Critical race theory has also inspired or been an element in AI research in the past year. AI researchers from companies like Google, which was created at Stanford, are doubling down on critical race theory as a way to think about race and algorithmic fairness.