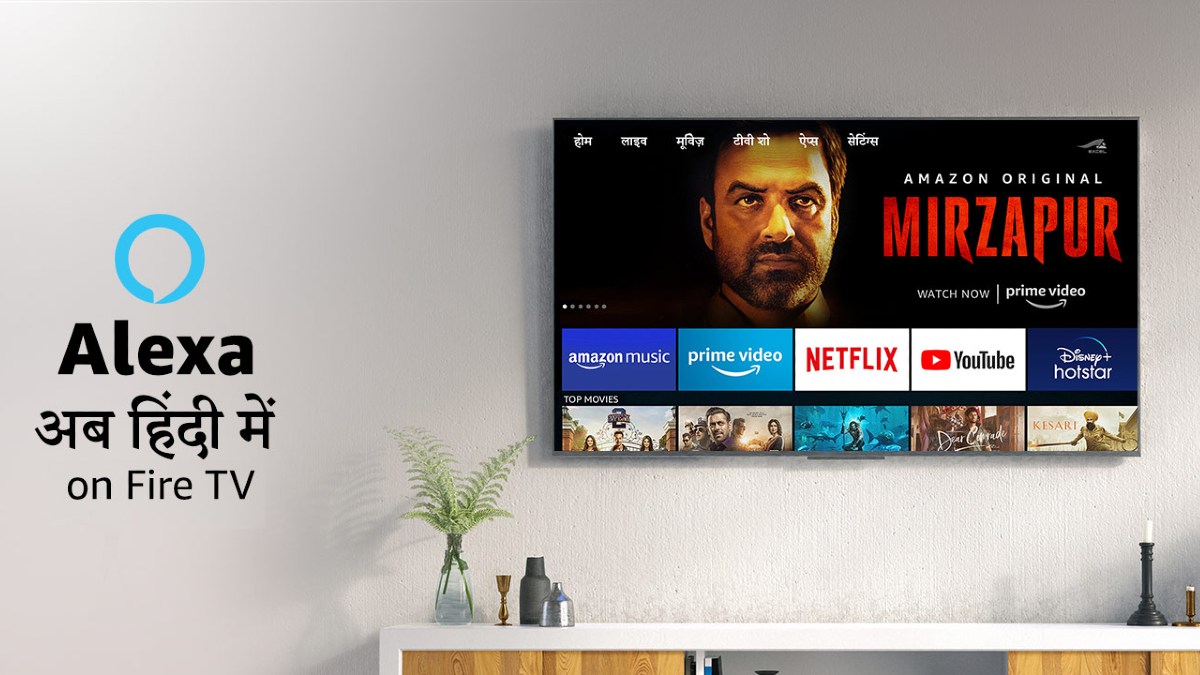 Amazon Alexa on Fire TV devices in India has received Hindi language support. With the latest update, users on Fire TV devices, including the Fire TV Stick, can now ask Alexa questions in Hindi. This adds to the existing English language support on Alexa. Amazon has also expanded Alexa Routines to Fire TV devices. This new addition, which is available in India along with other global markets, allows users to execute multiple actions across smart home devices using the Alexa integration.

You can speak to Amazon Alexa in Hindi on your Fire TV devices by leveraging the new update. According to Amazon, the experience is available to explore Alexa in Hindi for music, personality, smart home, timers and alarms, weather, news, local search, skills, among other features.

However, it is important to highlight that the update only allows Alexa on Fire TV understand commands in Hindi. The voice assistant doesn’t speak with users in Hindi at this moment and is still responding to user queries in English. This is unlike how Amazon Echo devices support communication in Hindi.

Gadgets 360 has reached out to Amazon for further clarifications on the new experience and will update this space when the company responds.

Fire TV users in India can switch to Hindi by going to Settings > Preferences > Language. New users can select Hindi while setting up their new Amazon device.

In September, Amazon added Hindi support to the Alexa app on Android and iOS. The US company also brought Hindi to Amazon Echo devices in September last year.

Aside from the Hindi language update, Fire TV devices have also received the ability to be a part of Alexa Routines. This allows users to execute multiple actions such as powering a Fire TV device at a particular time or controlling a smart home device alongside playing music on a Fire TV device.

For instance, you can create an Alexa Routine so that when you say, “Alexa, I’m getting a snack,” Alexa will pause your Fire TV content and turn on your smart lights. You can also create a Routine and say “I’m back” so that Alexa can turn off your smart lights and resume playing content.

Additionally, you can create an Alexa Routine to turn off your Fire TV device and begin dimming your smart lights by saying, “Alexa, time for bed”.

Amazon says the new Alexa Routines update is available across all Fire TV devices. However, if you’re on a Fire TV Stick, you’ll need support for HDMI-CEC (Consumer Electronics Control) on your TV to use a Routine to switch it on or off.