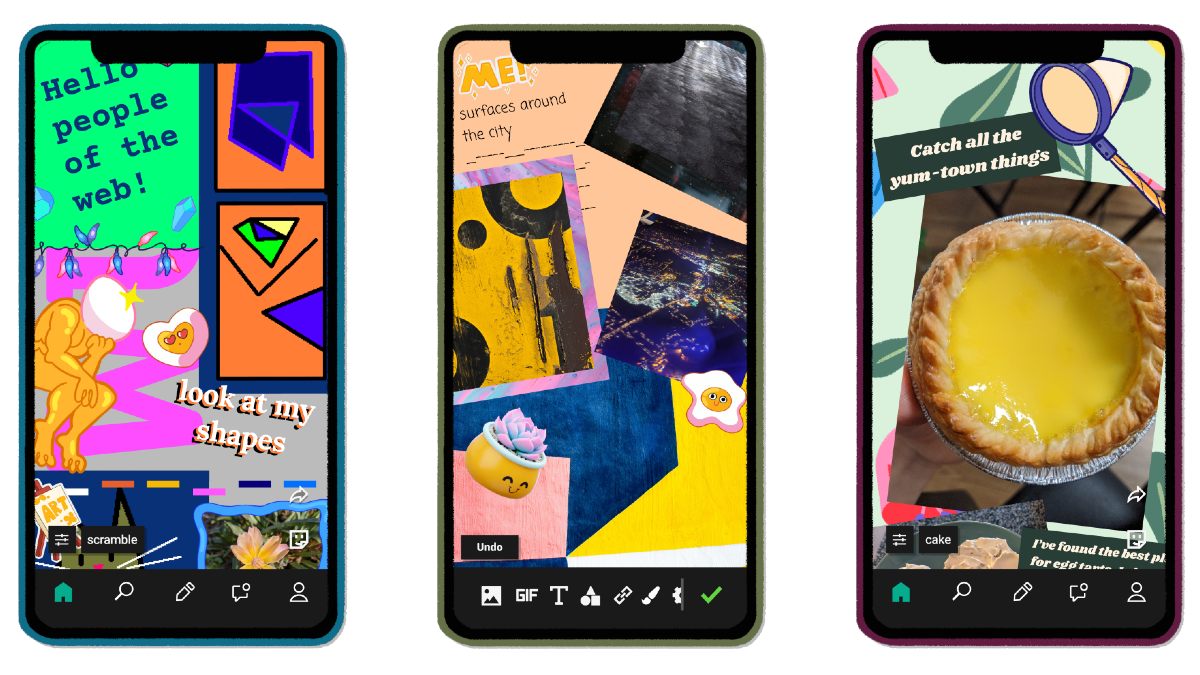 Facebook has launched an app called E.gg for users in the US to offer them a “platform for freeform creative expression” and let them create zine-like webpages. The app, that was initially piloted earlier this year, is available for free download on Apple’s App Store. Unlike Facebook’s regular social networking platform where you can create profiles and pages, write posts and comments, and like and share content, E.gg is specifically designed to provide a nostalgic feel to Internet users where images, GIFs, shapes, and text can be curated onto freeform canvases. The experience is similar to how you create webpages on Tumblr.

The E.gg app is created by a research and development group at Facebook, known as the New Product Experimentation (NPE) team. It also uses Giphy, the company that Facebook acquired in May this year, to offer a number of GIFs that can be added to digital zines.

Users on Facebook’s E.gg can create shareable, unique URLs of their creations to let others view their collages, even if they don’t have the app installed on their devices. The app also lets users view creations made by others that it calls “bits.” Users can also add others’ work to their own creations — along with attributions.

Since E.gg isn’t something completely new and was adding users through a wishlist earlier, some people already used its pilot to create fan pages, guides, profiles, recipes, and collages. It was soon discovered that users can steal intellectual property of artists on the platform. Facebook’s NPE team, however, attempted to address the initial problems with the app by adding the option to let users view the attribution of artistic work being used.

One of the key reasons to bring E.gg is to attract young users as Facebook reported a decline of two million daily active users in the US and Canada alone. A report by Edison Research also highlighted a massive dip of youngsters who actively access the social networking site.

That said, E.gg is still an experimental app and is limited to the US. It is also subject to change — just like other apps in the NPE portfolio.