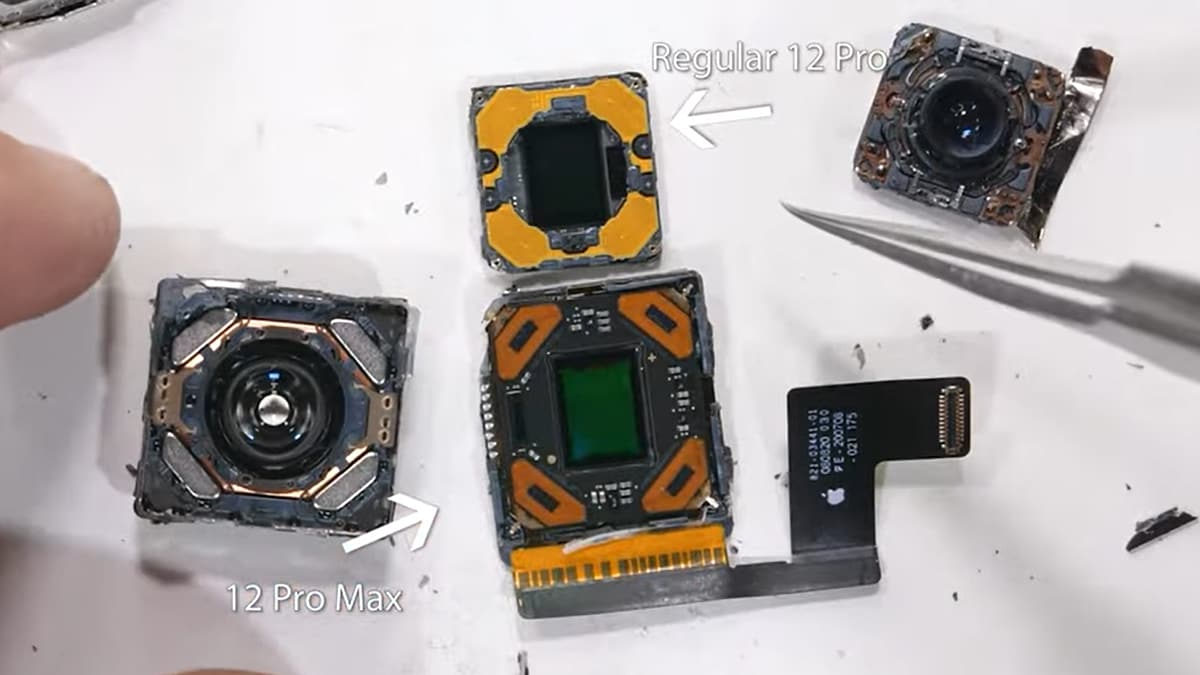 iPhone 12 Pro Max has been subjected to a teardown by YouTuber Zack Nelson aka JerryRigEverything, offering a peek at what the internals are like. He specifically showed what the new sensor shift image stabilisation on the iPhone 12 Pro Max looks like. Apple says that this new technique can stabilise an image at over 5,000 times per second. This is a huge improvement over the current optical image stabilisation (OIS) technique that claims to stabilise an image at 1,000 times per second. His teardown video also sheds light on the difficulty faced while removing the battery.

In his video, Nelson begins by prying open iPhone 12 Pro Max display carefully using heat and other tools. The display comes off without much damage and Nelson moves on to try and remove the battery. After removing a few screws, he tries to pull the battery out using Apple’s embedded pull tabs. However, Nelson wasn’t able to pull the battery and instead had to resort to using fast-evaporating alcohol to get the glue at the bottom of the battery to loosen up a bit.

After removing the battery, Nelson goes on to remove the rear camera module that has three sensors. The top camera has a telephoto sensor that has traditional OIS where the lens does the moving to gather steady footage. There is a wide-angle sensor on the side that lacks OIS, and the main camera is said to have the new sensor shift image stabilisation technique.

This sensor shift technology is found traditionally on DSLRs, and Apple is said to be the first to introduce it on smartphones. The new image stabilisation technique enables the sensor to shift in place, instead of the lens. This is said to fasten the process of stabilisation significantly as it happens at the picture collection point itself – the sensor. iPhone 12 Pro Max has this sensor shift technology on the largest sensor, and Nelson’s video gives us a glimpse at how the main image sensor shifts in its place with the help of magnets, enabling faster stabilisation.

Nelson recently also performed durability tests on iPhone 12 mini and the iPhone 12 Pro Max. The two phones passed the bend, scratch, and flame test with flying colours. Even after being exposed to 50 seconds of flame, the display showed no signs of damage.