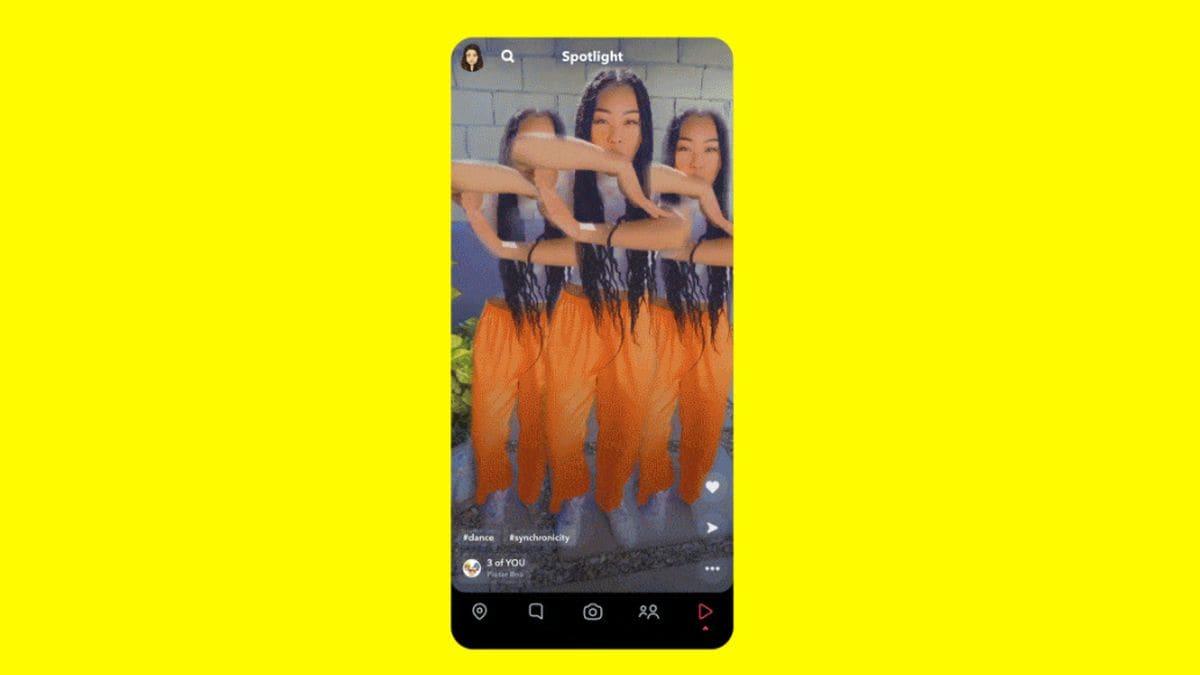 Snapchat on Monday unveiled a new curated short-form video feed in a stepped up challenge to social media rivals like TikTok.

The new format called Spotlight will allow Snapchatters to see content from influencers and other members of the network popular with young smartphone users.

Spotlight is aimed at broadening the connections among Snapchat users by enabling anyone to create a video that gets distributed on the platform.

It aims to encourage more users to create short-form video “snaps” which can be embellished with filters and augmented reality effects.

“We designed Spotlight to entertain our community while living up to Snapchat values, with our community’s well being as a top priority,” said a statement from Snapchat parent firm Snap Inc. announcing the new service.

Spotlight is being launched in the US, Canada, Australia, New Zealand, Britain, Ireland, Norway, Sweden, Denmark, Germany, and France, and in other markets later.

It marks the latest challenge to the wildly successful TikTok, which is facing pressure from the Trump administration, which wants to ban the app or forces its sale to American investors due to alleged national security concerns about its Chinese connections.

Others using similar short-form videos include Facebook-owned Instagram’s Reels and startups like Triller.

New experience
Snap describes Spotlight as a “new consumption experience” for the social platform with an estimated 249 million active users at the end of September.

The company said the new offering could enable anyone to have their videos viewed by millions of users, and potentially earn money from them. This opens up the process of becoming an “influencer” eligible for Snapchat’s funding of some $1 million (roughly Rs. 7 crores) per day.

Snap said that all videos on Spotlight will be reviewed by human moderators before being shown on the platform, in contrast with rivals which use automated systems and in many cases respond to inappropriate content or misinformation after the fact.

Another difference will be the lack of public comments on Spotlight, eliminating the need for moderation of abusive or unwelcome content.

Spotlight aims to become a “personalised” feed which will be curated by algorithm based on users’ viewing habits. a move following the lead of TikTok which has seen sizzling growth in recent months.

Facebook’s core social network has been losing ground among younger audiences to rivals like Snapchat and TikTok, even as Facebook-owned Instagram continues to grow in that demographic group.

A Piper Jaffay survey of US teens last month showed Snapchat is their favorite social media platform, and that TikTok overtook Instagram for second place.

Despite its popularity, Snap has yet to turn a profit some two years after its stock market debut. Snapchat gained notoriety for its disappearing “Stories” but has added a variety of media content with partnerships.

It lost $200 million (roughly Rs. 1,500 crores) in the third quarter, but managed to double revenue from a year ago thanks to changes that have helped boost user engagement.