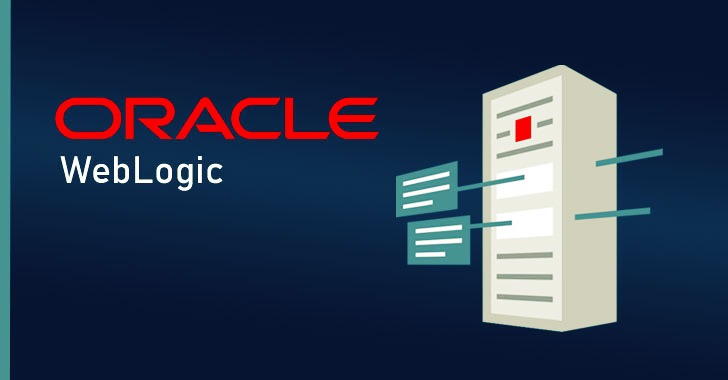 The attacks are taking aim at a recently patched WebLogic Server vulnerability, which was released by Oracle as part of its October 2020 Critical Patch Update and subsequently again in November (CVE-2020-14750) in the form of an out-of-band security patch.

As of writing, about 3,000 Oracle WebLogic servers are accessible on the Internet-based on stats from the Shodan search engine.

Oracle WebLogic is a platform for developing, deploying, and running enterprise Java applications in any cloud environment as well as on-premises.

Although the issue has been addressed, the release of proof-of-concept exploit code has made vulnerable Oracle WebLogic instances a lucrative target for threat actors to recruit these servers into a botnet that pilfers critical data and deploy second stage malware payloads.

According to Juniper Threat Labs, operators of the DarkIRC botnet are exploiting this RCE vulnerability to spread laterally across the network, download files, record keystrokes, steal credentials, and execute arbitrary commands on compromised machines.

What’s more, a threat actor by the name of “Freak_OG” has been selling the DarkIRC malware currently on hacking forums for $75 since August.

But it’s not just DarkIRC that’s exploiting the WebLogic Server vulnerability. In a separate campaign—spotted by ‘0xrb‘ and detailed by researcher Tolijan Trajanovski—evidence has emerged of a botnet that propagates via the WebLogic flaw to deliver Monero cryptocurrency miner and Tsunami binaries.

Besides using SSH for lateral movement, the botnet has been found to achieve persistence through cron jobs, kill competing mining tools, and even uninstall Endpoint detection and response (EDR) tools from Alibaba and Tencent.

It’s recommended that users apply the October 2020 Critical Patch Update and the updates associated with CVE-2020-14750 as soon as possible to mitigate risks stemming from this flaw.

Oracle has also provided instructions to harden the servers by preventing external access to internal applications accessible on the Administration port.