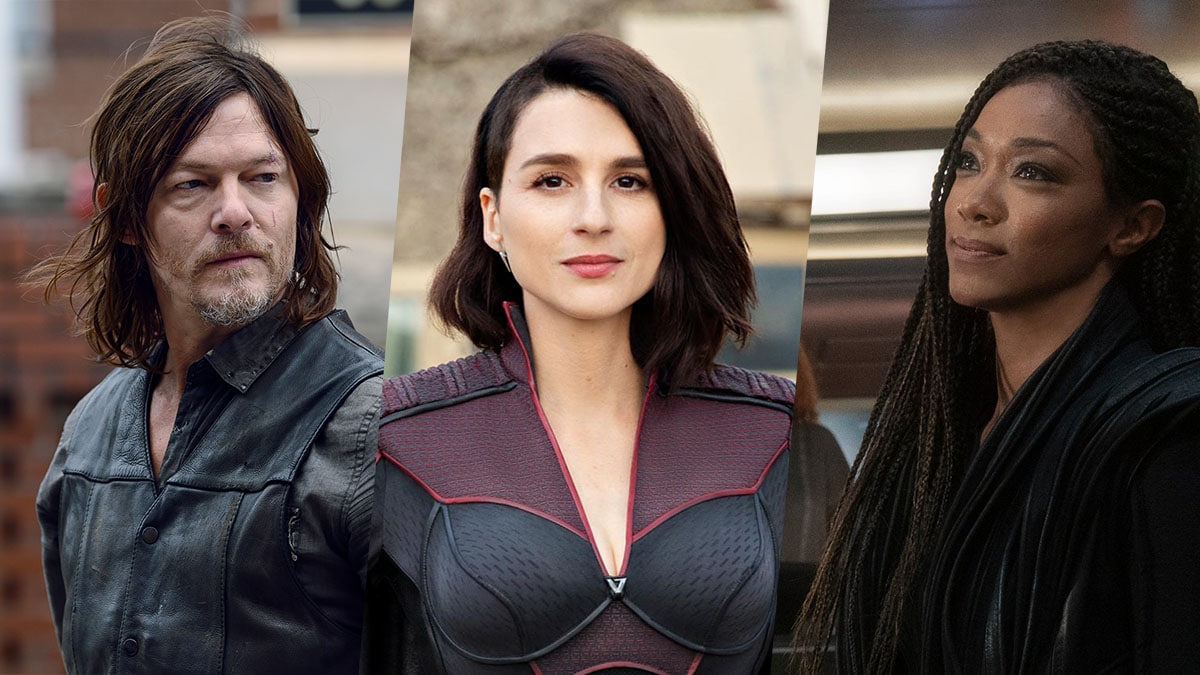 San Diego Comic-Con has gone online. With the ongoing coronavirus pandemic making in-person events a disastrous proposition, the 2020 edition of the world’s biggest pop culture convention will take place from everyone’s homes, with all the stars tuning in over video calls. It’s been rightfully dubbed Comic-Con@Home. And in a departure from San Diego Comic-Con’s usual policies, all the Comic-Con@Home panels will not only be available online — letting fans join in, no matter where they live around the world — but they are also free for everyone. No badges, no charge, and no viewer caps.

At the same time, owing to the uncertainty caused by COVID-19 — movies are either stuck in production or awaiting release; and there’s little clarity on when it will be safe to reopen, with concerns over the virus’ resurgence as lockdowns are eased — many studios are sitting out. There’s no Marvel, Lucasfilm, Paramount, Sony, or Universal. WarnerMedia’s DC Entertainment is having its own event in August. It’s not a good time for movies. And because of that, the list below is largely made up of TV series.

Still, there’s a fair bit to look forward to Comic-Con@Home. We’ve focused on those panels where we expect new announcements, reveals, or trailers. And since it’s all happening online, we’ve got the respective YouTube embeds below as well. Simply bookmark this page and you can tune into all of the biggest Comic-Con@Home panels right here. Mind you, the videos are currently labelled as “private” and are expected to go live around the event time.

Comic-Con@Home will run from Wednesday, July 22 to Sunday, July 26. There are hundreds of panels taking place across those five days, all of which can be found in the official schedule. Naturally, it’s a lot to wade through, which is why we’ve highlighted the biggest ones below.

The ever-growing Trek TV universe — Star Trek: Discovery, Star Trek: Lower Decks, and Star: Trek: Picard — will kick off Thursday proceedings. Discovery stars will do a table read of the season 2 finale and maybe give us a second season 3 trailer. Lower Decks creator Mike McMahan and the voice cast will give us an “extended first look” at the first episode. And Picard‘s cast will discuss the first season, and possibly hint at the second.

Executive producers Jane Tranter and Jack Thorne will be joined by cast members Dafne Keen, Ruth Wilson, Ariyon Bakare, Amir Wilson, Andrew Scott, and Lin-Manuel Miranda to talk about season 1 of their adaptation of Philip Pullman’s trilogy — and what fans can expect from season 2.

Delayed several times — originally due to the film, then Disney’s acquisition of Fox, and later the coronavirus pandemic — it’s only natural to wonder if this X-Men horror spin-off will ever see the light of day. The New Mutants is the only superhero movie on the Comic-Con@Home slate, which makes you wonder if it’s going to be announced as a Disney+ release.

We’ve already gotten a trailer for The Boys season 2, which is why the panel will give us a behind-the-scenes look at the series’ sophomore run. Executive producer Eric Kripke will be joined by Karl Urban, Jack Quaid, Antony Starr, Erin Moriarty, Jessie T. Usher, Laz Alonso, Chace Crawford, Tomer Capon, Karen Fukuhara, and Aya Cash. Seth Rogen and Evan Goldberg will make a special appearance too.

It’s one of three Walking Dead panels at Comic-Con@Home. The other two — centred on Fear the Walking Dead and The Walking Dead: World Beyond — take place an hour prior (12pm PDT) and after (2pm PDT).

Hulu has a new live-action Marvel series — to join the existing Marvel’s Runaways — from Agents of S.H.I.E.L.D. alum Paul Zbyszewski and based on the comic book characters Daimon and Satana (Ana on the show) Hellstrom. In the comics, they are the children of Satan. On the show, they are the children of a powerful serial killer, which might be a roundabout way of making their background a mystery.

It’s unclear if Helstrom has a future given Marvel Television has been shut down and its sister series, Ghost Rider, was cancelled before it could start. The Comic-Con@Home panel will feature Zbyszewski alongside cast members Tom Austen, Sydney Lemmon, Elizabeth Marvel, Robert Wisdom, Ariana Guerra, June Carryl, and Alain Uy. A trailer is very much expected, given it’s out in October.

Lockdown-shmockdown. The Simpsons season 32 is on track despite the pandemic, and this panel — featuring Al Jean, Matt Selman, David Silverman, Carolyn Omine, and Mike B. Anderson — will tell you how they have been working with social distancing and other coronavirus-driven restrictions to continue the animated series.

We’ll get a first look at For All Mankind season 2 at the end of this Comic-Con@Home panel, which will otherwise look back at the highlights of the Apple TV+ series’ season 1. Creators and executive producers Ronald D. Moore, Matt Wolpert, and Ben Nedivi will be joined by Joel Kinnaman, Michael Dorman, Sarah Jones, Shantel VanSanten, Jodi Balfour, Wrenn Schmidt, Sonya Walger, and Krys Marshall.

J.J. Abrams and Jordan Peele serve as executive producers on this HBO adaptation of the 2016 dark fantasy horror novel, about a black sci-fi fan who looks for his missing father while dealing with 1950s racial segregation in southern US and Lovecraftian monsters. With only a teaser released as yet and the show premièring in August, expect a trailer to be unveiled.

Why are smartphone prices rising in India? We discussed this on Orbital, our weekly technology podcast, which you can subscribe to via Apple Podcasts, Google Podcasts, or RSS, download the episode, or just hit the play button below.