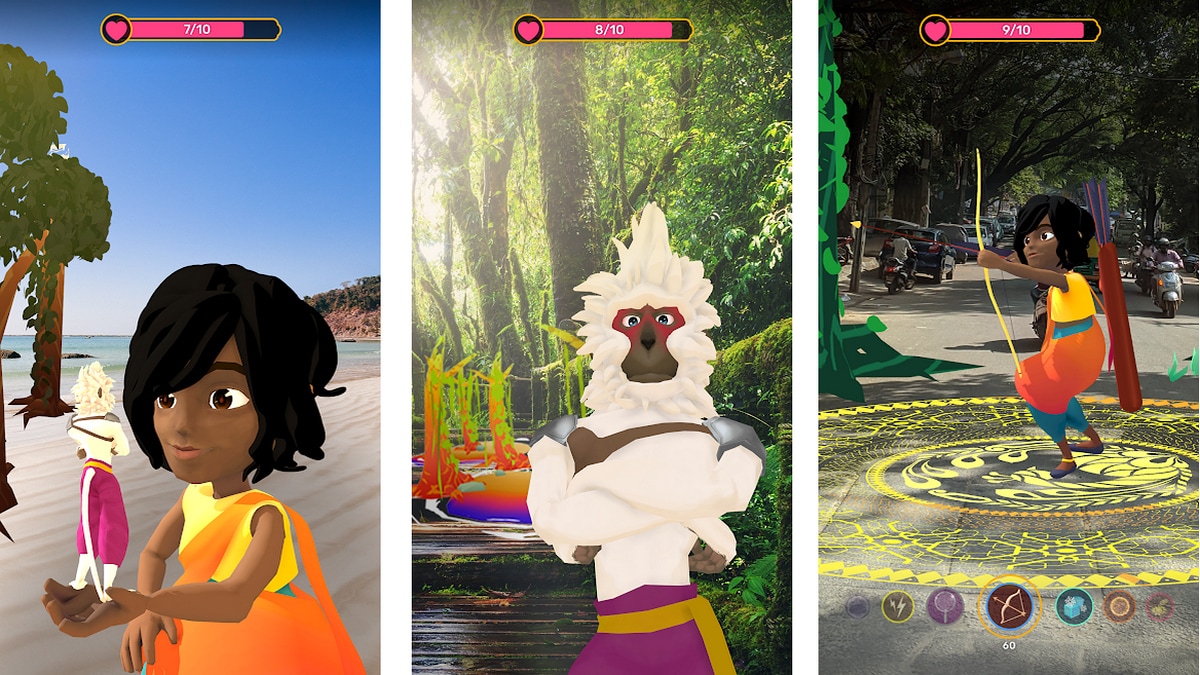 Yaatra is a new augmented reality (AR) game launched in India by Krikey in collaboration with Jio. The game is playable within the Krikey app that is available for free on App Store and Google Play. Yaatra uses your phone’s camera to provide AR-based action-adventure gameplay that involves combat and puzzle solving. Jio led the Series A funding round for the game and took the total to $22 million (roughly Rs. 162 crores). Yaatra also brings exclusive features for Jio users.

Krikey is an AR mobile game developing company that has now released Yaatra. It can be played in the Krikey app that you can download for free on App Store and Google Play. According to the developers, “players can step into the action-adventure story of Yaatra and join the quest to defeat a monster army. Using weapons such as the bow and arrow, chakra, lightning and fire bolts, players can battle through different levels of combat and puzzle games.”

There are in-game collectables that can be used upgrade your skills. The game has been built with Google Maps and Jio has helped in raising funds for it. The developers have also said that Yaatra will soon be made available to Jio Phone users as well.

Players can also share personalised videos with their friends. There is a digital training ground where video feeds and gameplay videos are posted by other users. Here, players can hone their bow and arrow skills as well.

The developers state that Jio users will get exclusive access to 3D Avatar feature, free gameplay tokens that will help with unlocking additional weapons and powers, as well as more game levels.