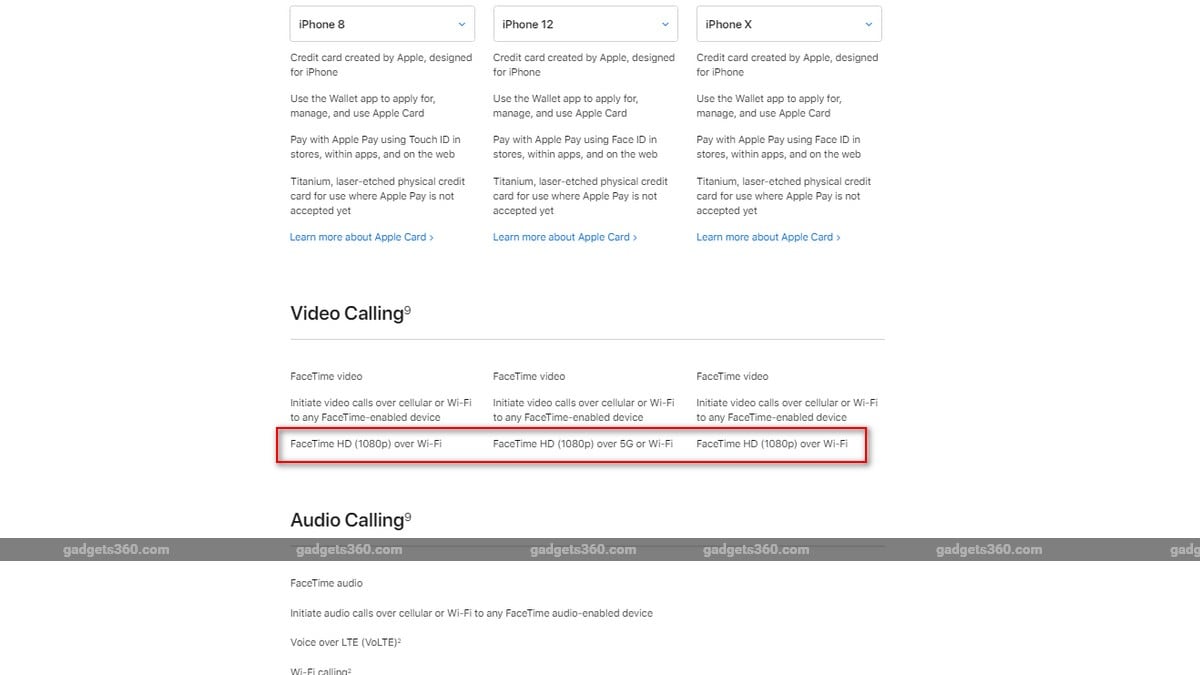 iPhone 8 series now supports FaceTime calls at 1080p over Wi-Fi. With iOS 14, Apple added support for 1080p FaceTime calls on iPhone X and beyond, but the comparison page on Apple’s website has been updated to show the iPhone 8 is also among the phones that support this feature. Originally, FaceTime calls on older iPhone models were limited to 720p over Wi-Fi. A report suggests that Apple added support for 1080p FaceTime on the iPhone 8 series with iOS 14.2, but the changelog does not mention this feature.

As per the iOS 14 changelog on Apple’s website, one of the changes was the implementation of 1080p FaceTime calls on iPhone X and later. However, the specification comparison page shows that iPhone 8 and iPhone 8 Plus also support 1080p FaceTime calls over Wi-Fi. While it is unclear when the iPhone 8 series got this feature, a report by MacMagazine states that it was added to older iPhone models –iPhone 8, iPhone 8 Plus, iPhone X, iPhone XR, iPhone XS, iPhone XS Max, iPhone SE (2020), iPhone 11 , iPhone 11 Pro, and iPhone 11 Pro Max – with the iOS 14.2 update.

The publication noted that iOS 14.2 was released on November 5 and the iPhone XR specifications page started listing FaceTime HD (1080p) from November 9. There seems to be some discrepancy between what the iOS 14 changelog mentions and what the publication has reported. Gadgets 360 has reached out to Apple for some clarity on the same and this report will be updated when we hear back.