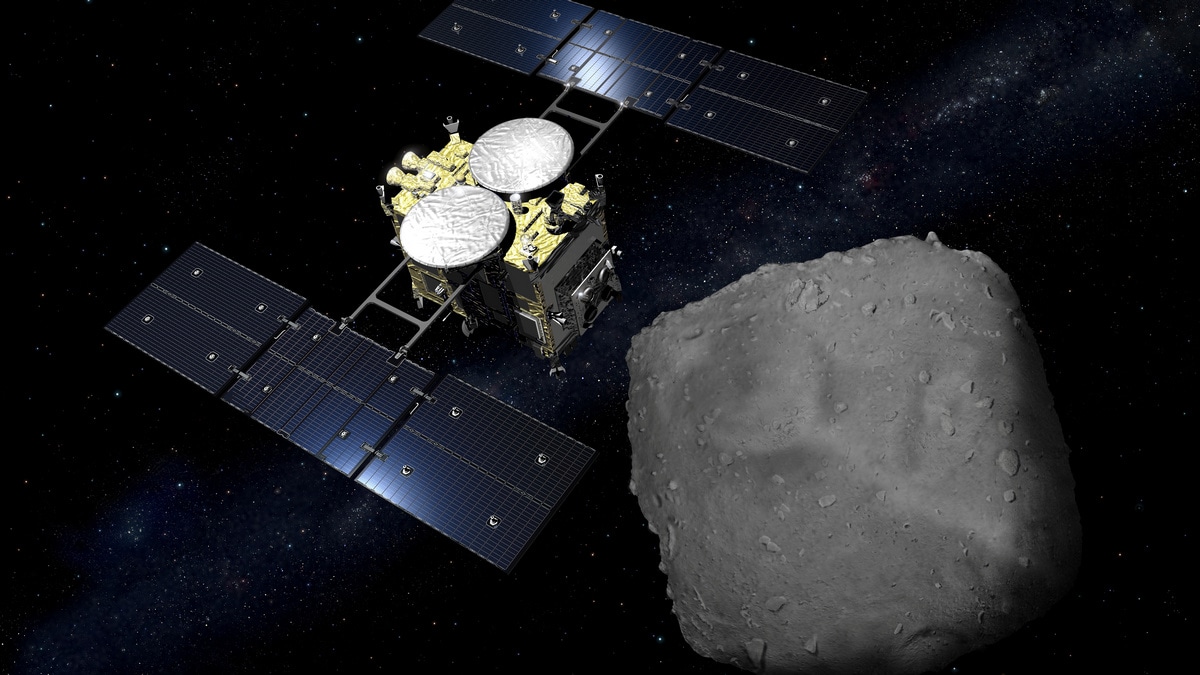 Call it a special delivery: after six years in space, Japan’s Hayabusa2 probe is heading home, but only to drop off its rare asteroid samples before starting a new mission.

The fridge-sized probe, launched in December 2014, has already thrilled scientists by landing on and gathering material from an asteroid some 300 million kilometres (185 million miles) from Earth.

But its work isn’t over yet, with scientists from Japan’s space agency JAXA now planning to extend its mission for more than a decade and targeting two new asteroids.

Before that mission can begin, Hayabusa2 needs to drop off its precious samples from the asteroid Ryugu, ”dragon palace” in Japanese.

Scientists are hoping the capsule will contain around 0.1 grams of material that will offer clues about what the solar system was like at its birth some 4.6 billion years ago.

The samples could shed light on “how matter is scattered around the solar system, why it exists on the asteroid and how it is related to Earth,” project manager Yuichi Tsuda told reporters ahead of Sunday’s drop-off.

The material is in a capsule that will separate from Hayabusa2 while it is some 220,000 kilometres above Earth and then plummet into the southern Australian desert.

They were collected during two crucial phases of the mission last year.

In the first, Hayabusa2 touched down on Ryugu to collect dust before firing an “impactor” to stir up pristine material from below the surface. Months later, it touched down to collect additional samples.

“We may be able to get substances that will give us clues to the birth of a planet and the origin of life… I’m very interested to see the substances,” mission manager Makoto Yoshikawa told reporters.

Protected from sunlight and radiation inside the capsule, the samples will be collected, processed, then flown to Japan.

Half the material will be shared between JAXA, US space agency NASA and other international organisations, and the rest kept for future study as advances are made in analytic technology.

Two new asteroid targets
After dropping off its samples, Hayabusa2 will complete a series of orbits around the sun for around six years, recording data on dust in interplanetary space and observing exoplanets.

It will then approach the first of its target asteroids in July 2026.

The probe won’t get that close to the asteroid named 2001 CC21, but scientists hope it will be able to photograph it as it completes a “high speed swing-by”.

Getting so close could also help develop knowledge about how to protect Earth against asteroid impact.

Hayabusa2 will then head towards its main target, 1998 KY26, a ball-shaped asteroid with a diameter of just 30 metres. When the probe arrives at the asteroid in July 2031, it will be approximately 300 million kilometres from Earth.

And the target poses significant new challenges, not least because it is spinning rapidly, rotating on its axis about every 10 minutes.

Hayabusa2 will observe and photograph the asteroid, but it is unlikely to land and collect samples, as it probably won’t have enough fuel to return them to Earth.

Still, just making it to the asteroid will be a feat, said Seiichiro Watanabe, a Hayabusa2 probe project scientist and professor of planetary science at Nagoya University.

“It’s like an athlete who scored two tries at a Rugby World Cup game attempting to compete in the Olympics, 10 years after switching over to figure skating,” he told reporters.

“We had never expected that the Hayabusa2 would carry out another mission… but it’s a scientifically meaningful and fascinating plan.”

The mission extension comes with risks, including that Hayabusa2’s equipment will degrade in deep space, but it also offers a rare, comparatively cost-effective way to continue research.

The probe is the successor to JAXA’s first asteroid explorer “Hayabusa”, which means falcon in Japanese.

That probe brought back dust samples from a smaller, potato-shaped asteroid in 2010 after a seven-year odyssey, and was hailed as a scientific triumph.