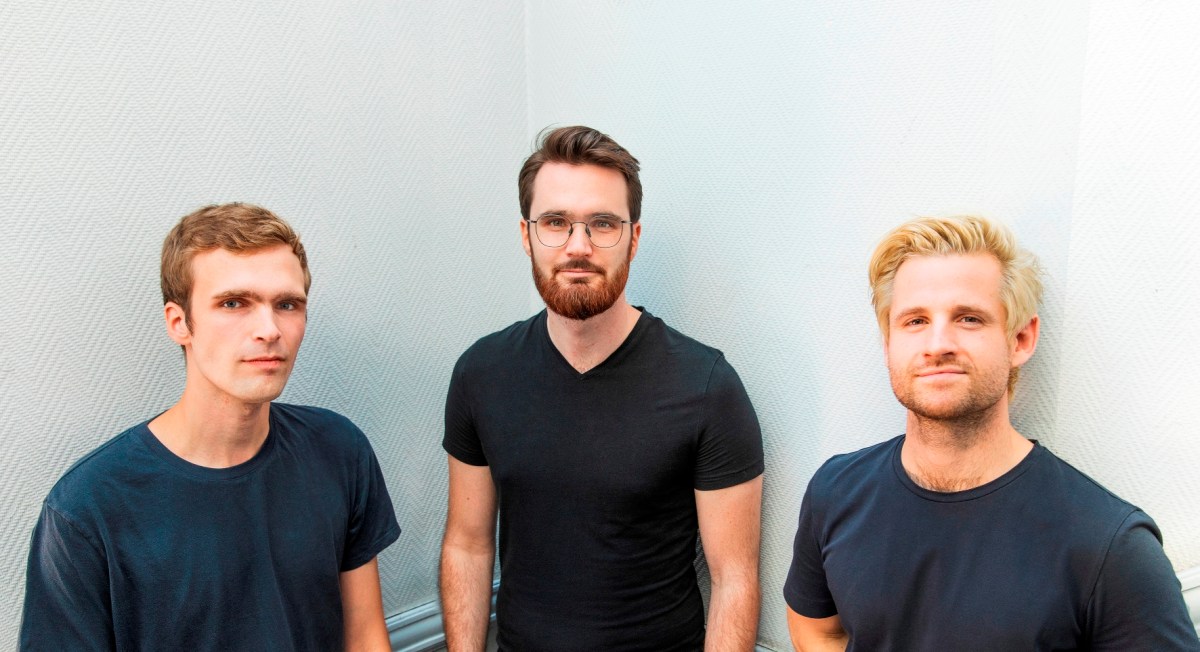 A plethora of virtual event platforms have gained significant traction in a year marked by social distancing. Germany’s Wonder is another new contender to throw its hat in the ring with the promise to make large online gatherings more sociable.

The Berlin-based startup, which was founded back in April initially as Yotribe, today announced that it has raised a substantial $11 million seed round of funding led by EQT Ventures, with participation from BlueYard Capital.

Much in the same way as an in-person meetup may start out as a large scale gathering before segueing into more intimate bubbles as people network, Wonder is setting out to enable smaller, more organic video-based interactions within a larger virtual conference setup. On the surface, this sounds like similar features in the countless other events platforms out there, many of which have breakout spaces, but by using a map-like interface guests using Wonder can see at a glance who is speaking to whom, and move their avatars around to join a conversation in a virtual room. 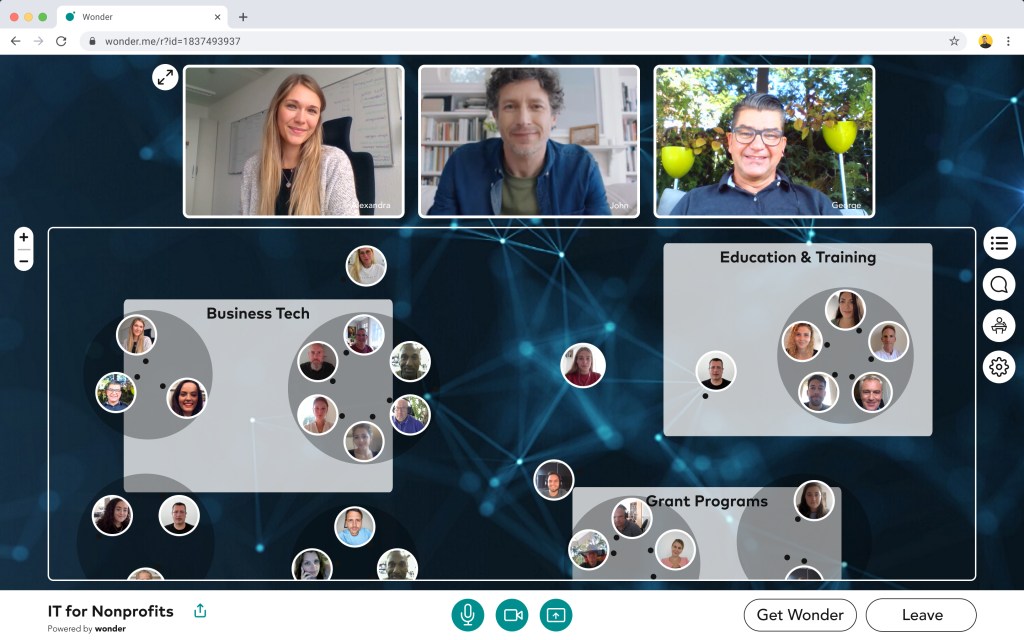 The general idea behind Wonder is that online meetings are typically “top-down,” insofar as the organizer dictates the structure and layout, with little room for maneuver between the guests which reduces the chances of spontaneous chats and general serendipity. Whether it’s possible to truly recreate physical meetups in such a way isn’t clear — real world socializing and networking relies on social cues, non-verbal communication, and “getting a sense” of the people in attendance before a conversation starts.

Wonder strives to mimic real-world social cues through two core actions. If someone wants to initiate a conversation, they can direct their “nose” (a little dot in front of the avatar) toward a person or a group, and the other person or group can respond by directing their “nose” back toward the other person. Another way is to “slowly approach each other,” similar to how you might in networking situation. “If someone is not interested, they would just walk away and go somewhere else,” Wonder cofounder Pascal Steck told VentureBeat. “Besides that, people can invite others to form a circle — or to join an existing one — without walking up to them.”

This kind of technology may be particularly well suited to specific corporate encounters, such as company away days, departmental meetings, or other scenarios where people are already familiar with each other. But in truth, Wonder can be used for any video-based networking, much in the same way as Zoom et al are currently used, and there is already at least one other similar tool that’s currently being developed by New York-based Gatherly. So “spatial video chats” could become a new format in the virtual meetings space.

More broadly, a slew of events platforms have raised some significant investments over the past few months, including Hopin which last month secured $125 million at $2.1 billion valuation, while last week Bizzabo attracted a mammoth $138 million after being forced to add virtual events to its existing offline events platform. Other similar companies to secure sizable investments this year include Hubilo, Welcome, Run The World, and Airmeet.

Wonder was founded in April this year by Stephane Roux, Leonard Witteler, and Pascal Steck, and the product was essentially an extension of Witteler’s first coding project that he developed in his spare time a few years ago and tested with family and friends. With lockdowns firmly on the global agenda throughout 2020 (and likely well into 2021), now is as good a time as any to bring the product to market.

In its short tenure so far, Wonder said that it has secured customers spanning a broad gamut, from individuals to corporates including NASA, SAP, and Deloitte, as well as educational bodies such as Harvard. With 200,000 users, the company said that it has seen 30% week-on-week growth since its April beta launch in terms of active users, based entirely on word-of-mouth. One big question mark remains over its business model, however, as the platform is currently free, with little indication as to what this may end up costing. “We are thinking about introducing pricing in mid-2021,” Steck said.

With $11 million in the bank, the company is well-financed to continue building out its product, however unlike some of the other incumbents in the space, it said that it won’t be focusing hugely on providing customers with interaction or engagement data any time soon, though this is on its longer term roadmap. “Our main focus is the guest experience,” Steck said. “We believe that delivering the best possible guest experience beats everything else. One great side-effect of the virtual space is that anyone — including the host — has a good overview of the dynamics of the event, and therefore a good understanding of interactions and engagement.”

However, there is a growing sense that even if businesses do embrace physical gatherings with a similar fervor as they did before the pandemic, virtual events will remain in the picture as part of a new hybrid approach. One of the reasons is that companies have now realized how much potential virtual events hold in terms of opening things up to a much wider audience. But more than that, virtual events also give event organizers valuable data that is difficult to gather in the brick-and-mortar world, spanning registrations, attendance, sessions watched, questions submitted, messages sent, connections made, and more.

Europe’s leading technology conference Web Summit recently confirmed that it will be running with a hybrid model next year using an events platform it developed entirely in-house, while Reuters also said that it would be adopting a hybrid events model next year, combining local networking meetups with online incarnations after realizing some success with this approach during the pandemic.

As the world slowly transitions back to some semblance of normality in 2021 and beyond, Wonder too is betting on a hybrid future.

“We believe that in a hybrid event setting, having a lively virtual space where virtual guests actually meet, talk, and mingle trumps everything else,” Steck said. “We will let hosts link the offline elements into the virtual ones through feeds and other interactions. This way, real social interactions take place offline as well as online at the same time.”