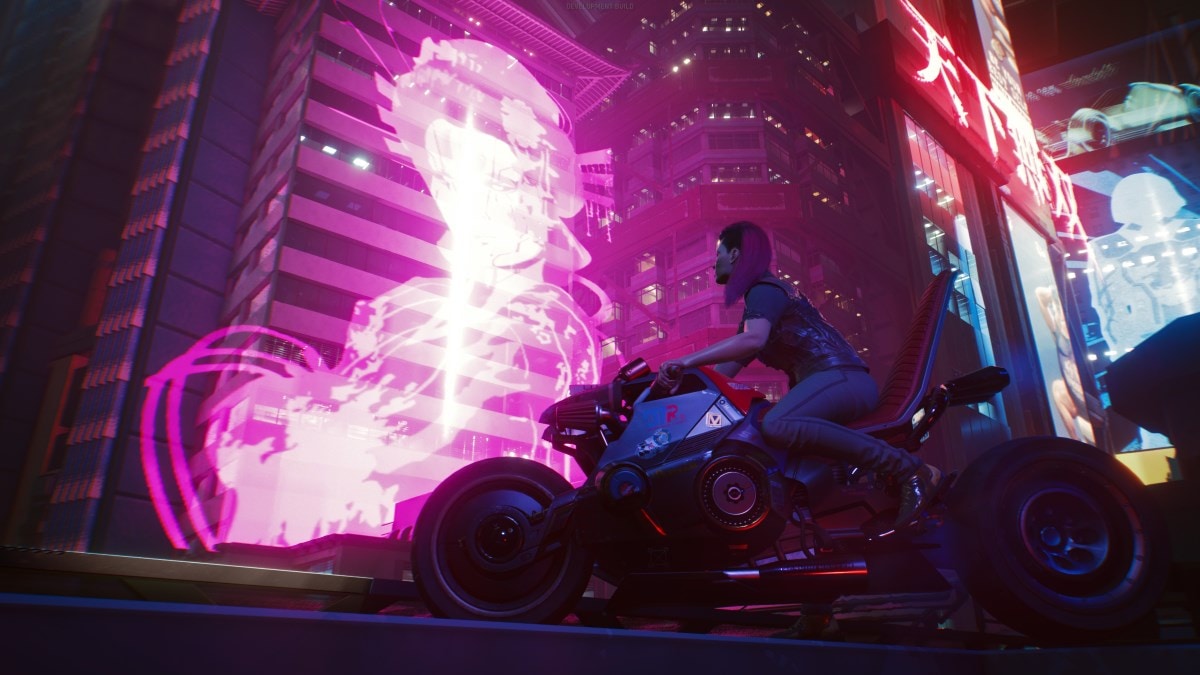 Cyberpunk 2077 reviews began pouring in on Monday night, after developer CD Projekt Red lifted the review embargo. The early critical consensus is mighty positive, with the two major video gaming review aggregators OpenCritic and Metacritic reporting a 91 out of 100 average score, from 45 and 44 publications, respectively. Most critics are of the opinion that Cyberpunk 2077 has a lot to offer, though it may not be anywhere near as radical an experience as it was sold to be. Additionally, many Cyberpunk 2077 reviews are also noting the presence of several bugs and technical glitches in the game. This after Cyberpunk 2077 has been delayed multiple times before its final December 10 release date.

Gadgets 360’s own Cyberpunk 2077 review will be coming soon, but before that, here are some (spoiler-free) excerpts from a few choice reviews, all of which are based on PC. None of the critics have had access to PlayStation or Xbox versions, as yet.

Everything You Need to Know About Cyberpunk 2077

“Cyberpunk 2077 is a fantastic game that we have never experienced before, and is a window into the future of next-gen gaming and what it’s capable of. We are addicted to its world and everything in it, and we don’t mind risking our reputation saying that it’s easily our game of the decade, despite it missing out on the Video Game Awards for 2020… This is a brutal, visceral world to live in, where death seeps through the concrete jungle and every job you take on feels like the beginning of your dark end in this unforgiving landscape. Yet every time we complete a quest and receive some EuroDollars for our effort, we find ourselves itching to rush back into the danger and discover what other horrors await us.” — Owen Gough, Digital Spy

“Cyberpunk 2077 kicks you into its beautiful and dazzlingly dense cityscape with few restrictions. It offers a staggering amount of choice in how to build your character, approach quests, and confront enemies, and your decisions can have a tangible and natural-feeling impact on both the world around you and the stories of the people who inhabit it. Those stories can be emotional, funny, dark, exciting, and sometimes all of those things at once. The main quest may be shorter than expected when taken on its own and it’s not always clear what you need to do to make meaningful changes to its finale, but the multitude of side quests available almost from the start can have a surprisingly powerful effect on the options you have when you get there. It’s a shame that frustratingly frequent bugs can occasionally kill an otherwise well-set mood, but Cyberpunk 2077’s impressively flexible design makes it a truly remarkable RPG.” — Tom Marks, IGN

“Your mileage may vary, but in our experience, the bugs are obtrusive and substantial across the board, often forcing us to reload saves or exit the game entirely. It’s hard to get really into a world you constantly have to leave. But then it’s hard to get into Cyberpunk 2077’s world in general. So much of it is superficial set dressing, and there’s so much happening all around you–ads going off at all times, gunfights breaking out in the streets, texts coming in about cars you’ll never buy–that a lot of the game feels superfluous. The side quests and the characters they showcase are the shining beacon through the neon-soaked bleakness of Night City, and they give you room to explore the best the core RPG mechanics have to offer. These are what carried me through an otherwise disappointing experience.” — Kallie Plagge, GameSpot

“Plenty of gamers will find Cyberpunk too much. It has a slow start — you’ll play for about four hours before even seeing the “Cyberpunk 2077” title screen — and sometimes the main story moves at too slow a pace. Additionally, the roleplaying elements allow for varied combat, but some may find them needlessly complex, or simply overwhelming. (The features I’ve noted above are truly just the beginning.) A lot of people don’t want to spend 50 hours playing one game, much less 200 hours to 100% it, and would rather a more linear, streamlined experience. Even with its shorter main quest, Cyberpunk is unlikely to sustain this type of player from start to end. But Cyberpunk 2077 isn’t designed for that type of player. Anyone who’s followed the game knows what they’re in for. Players keen for a world to get lost in, a game to sink untold hours into, will be satiated by Cyberpunk 2077.” — Daniel Van Boom, CNET

“Separated from its marketing, hype, and expectations, so far Cyberpunk 2077 just feels like a huge, scope-ambitious video game, with tons of attention paid to its lore and scenery and lots of dramatic things to do. It’s not the best game I’ve ever played, as so many fans seem to hope it will be. Despite the controversy that’s swirled around it and its own missteps, it hasn’t yet inspired me to immediately consign it to the trash heap of retrograde video game shit. In many ways, it feels like it’s about itself—its genre and source materials, the work that went into it, the flexibility it wants to give the player—from its character creator to its in-the-moment play. Saying “it’s just a video game” doesn’t quite explain what I find compelling about it, nor what I find complicated. But after all the hype, and despite a certain disappointment of my own hopes, I’m also relieved to find that it’s just a video game.” — Riley MacLeod, Kotaku

“I can’t deny that Night City wowed me with its scale, its verticality, and its sense of history. But I wish I could see people like me on its streets as something more than objects. I wish that the game’s politics were more radical. Yes, I know I shouldn’t look to a colossal game that was itself produced under exploitative labor conditions to lead the charge of anticapitalist liberation, but I wish the sparks of Johnny Silverhand’s ideological rage got to burn brighter, that Cyberpunk 2077 felt more interested in envisioning new futures than in reminiscing over bygone glories. Neither its gameplay nor its narrative can imagine the bold possibilities that I find so central to the best of cyberpunk. But what it does offer is visions of people trying to make do and get by in a world that’s trying to eat them alive, and sometimes those people get by with a little help from their friends. It’s not the revolution I hoped for, but it’s something.” — Carolyn Petit, Polygon

“In the midst of such intense anticipation and scrutiny, it’s easy to get carried away with what Cyberpunk 2077 could have been. The final experience might be more familiar than many predicted, with plenty of elements that aren’t perfect, but it’s dripping with detail and engaging stories. With so much to see and do, Cyberpunk 2077 is the kind of RPG where you blink and hours go by, which is just what we need to finish off 2020.” — James Billcliffe, VG247

“Cyberpunk 2077 is an open-world masterpiece that features some of the most immersive and liberating storytelling this industry has to offer. With full freedom to choose V’s personality, looks, and gameplay style, Cyberpunk 2077 gives the player an unrelenting amount of control in a world that delivers dozens upon dozens of hours of high-quality content. Cyberpunk 2077 is a mammoth achievement and solidifies CD Projekt RED’s place at the top of the pile.” — Jez Corden, Windows Central

“The expanding aura of decency and compassion that follows in V’s wake makes Cyberpunk an unexpectedly charming game in spite of its chauvinist streaks and retro-kitsch. In the face of the thoroughly amok-machinery of techno-corporatism that has destroyed society and ruthlessly crushes any challenges and dissent that it might face, Cyberpunk 2077 wants to believe in a hero, and the promise of a neon sunset.” — Rob Zacny, Vice

Cyberpunk 2077 is out December 10 on PC, PS4, and Xbox One. It is also playable on PS5 and Xbox Series S/X thanks to backward compatibility.