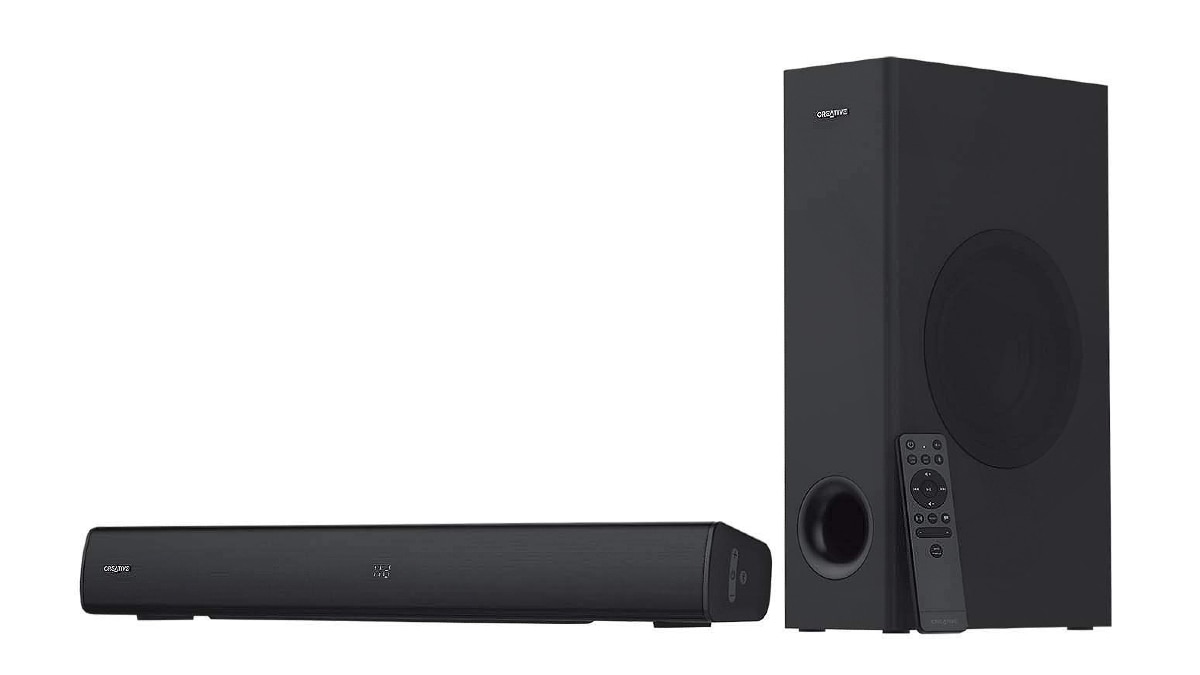 Creative Stage V2 soundbar has been launched in India. Powered by Creative’s Sound Blaster tech, it is claimed to deliver an enhanced audio experience for TV, computer, and gaming purposes. The Creative Stage V2 soundbar, successor to the Creative Stage soundbar, has bigger dimensions and is said to deliver a wider surround soundstage audio. It is fitted with two custom-tuned, mid-range drivers and accompanied by a dedicated tower-sized subwoofer. It is said to have wide compatibility and can be paired with TVs, computers, mobile phones, and gaming consoles.

The Creative Stage V2 soundbar is fitted with two custom-tuned, mid-range 2.25-inch drivers and comes with a side-firing subwoofer that together deliver up to 160W peak power, Creative says. Users will have to option to enable Clear Dialog audio, as well as surround sound, that uses Sound Blaster tech claimed to provide a wider surround soundstage.

Creative Stage V2 soundbar has a frequency response range of 55Hz to 20,000Hz, and an impedance of 4 ohm. The soundbar comes with a wide range of connectivity options — TV ARC, optical, AUX, Bluetooth v5.0, and audio streaming via USB. It is claimed to support all PS4 variants, as well as the Nintendo Switch.

The Creative Stage V2 soundbar is accessible via remote control, which allows users to control playback, apart from switch input sources, adjust treble and bass settings, toggle Surround and Clear Dialog on or off. The soundbar, also wall mountable, weighs 2kg, while the subwoofer weighs 3.3kg.