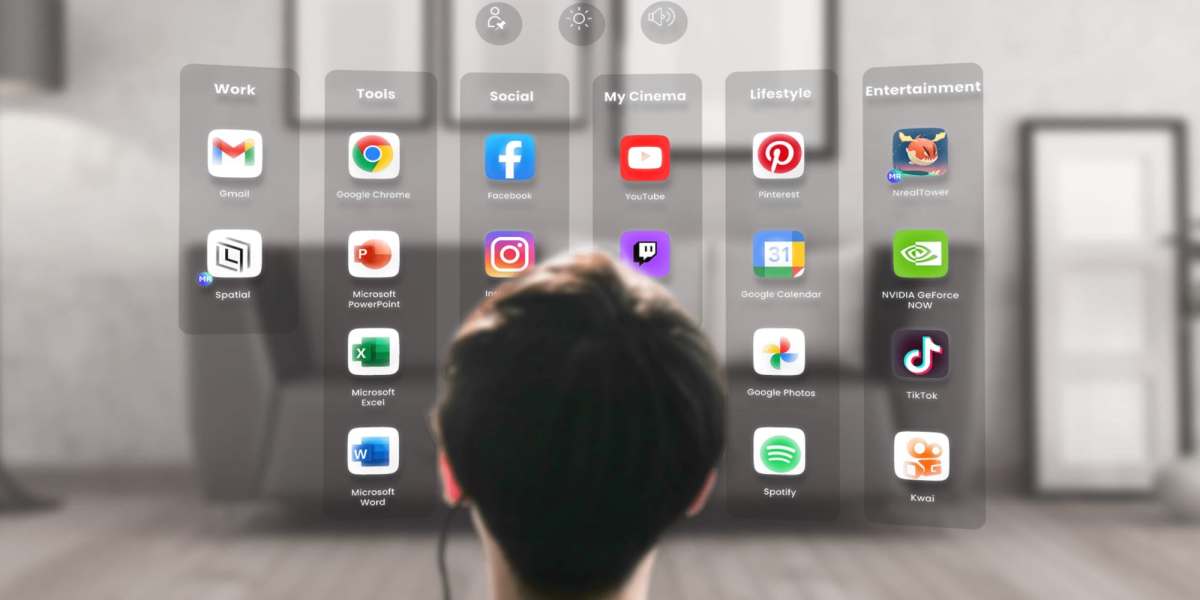 As 2020 comes to a close, it’s clear that AR took only half steps towards the goalposts I laid out one year ago: Yes, new hardware, software, and wireless technologies reached enterprise audiences this year, but COVID-19 cast a dark cloud over everything, contributing at least somewhat to the predicted thinning of the AR herd without dramatically changing the list of players. What should have been a global rollout of Nreal’s Light AR glasses instead became only regional, 5G and Wi-Fi 6 became more widespread but not ubiquitous, and compelling apps designed for AR headsets began to chase larger markets of VR and mobile device users to build larger user bases.

Even so, the latest enterprise augmented reality trends are significant to technical decision makers because AR will increasingly provide organizations with tools to collaborate from multiple locations, visualize information, and share digital products with both internal and external audiences. Taking COVID-19’s continued impacts into account, here are three enterprise AR trends that are likely to be important in 2021, regardless of whether the virus keeps most people out of traditional offices throughout the coming year.

Augmented reality was conceptually “out there” a decade ago — closer to a technologist’s fever dream than anything real people or businesses could experience themselves. But Google and Microsoft willed experimental hardware into existence, then devoted untold resources trying to convince enterprises to spend thousands of dollars on early Glass and HoloLens headsets. Though the use cases and returns on investment weren’t totally clear at first, they’ve since become concrete enough that certain businesses and thought leaders now embrace AR enthusiastically for specific purposes. 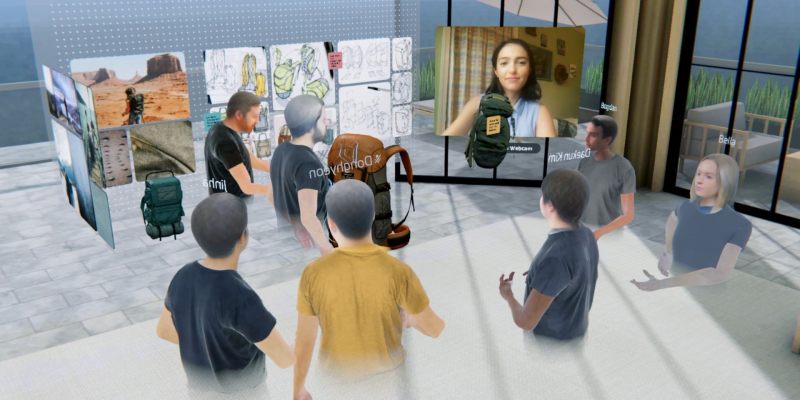 Over the next year, enterprises will become more comfortable with the idea of holographic participation, where some team members join meetings and possibly even present to groups in realistic 3D avatar form rather than as flat 2D videos. (This could go even further, if Microsoft has its way.) The foreign concept of digital twins — virtual people, objects, or buildings based exactly on real ones — will begin to normalize within progressive organizations, which increasingly explore use cases ranging from creating digital spokespeople to offering product previews or digital services online. Just as paper catalogs gave way to 2D websites, the next transition will see companies embrace realistic 3D objects and people as selling tools.

Some of this digitization will be made possible by growing availability of 3D scanning technology in consumer devices, such as Apple’s iPhone 12 Pro phones and iPad Pro tablets, which can be used to instantly create 3D models of rooms and objects with little more than a brief wave of the hand — so long as it’s holding the recording device. But the key driver will be the psychological readiness of major companies to finally pull the trigger on big investments in AR, notably including…

Increased conversion of physical assets into digital assets for AR

It’s a lot easier for a company to say it’s ready to digitize all of its products than to actually do so. In the 2D era, creating a product catalog required skilled photographers with good cameras to shoot products against appropriate backdrops; Photoshop eventually added layers of post-shoot polish. But we’re now in the 3D era, and augmented reality demands photorealistic models that can be viewed from any angle, as well as software and hardware that can fluidly display those models. Turning real objects into digital ones isn’t so easy — or is it?

As we enter 2021, the bars for creating, sharing, and storing photorealistic 3D models have been lowered to levels that allow creative professionals — and even amateurs — to create product catalogs. The 3D scanning tools are ready, as are the 3D model standards, the databases, and the AR software necessary for users to see the objects anywhere. Better yet, so many of today’s products were prototyped or fully developed as 3D models that bringing them into AR isn’t super difficult.

As just one industrial example, it’s now likely that every single part of a car was not only 3D modeled but assembled fully in 3D prior to actual production, leaving companies with the easier task of downscaling all or some of the parts for various AR tasks. One use might focus on virtually disassembling the engine block to help a technician during repairs, while another might provide an AR tour of the car’s exterior or interior design elements. 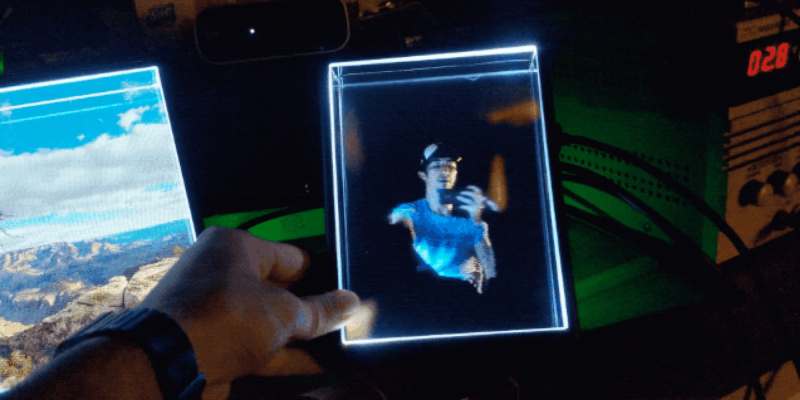 AR display options are improving, too. While AR headsets are far from ubiquitous, virtually any modern smartphone, tablet, computer, or VR headset is capable of at least displaying the digital 3D models, and many devices can composite those models over a live view of the user’s current environment. Affordable holographic 3D displays will also drive massive demand for realistic 3D models of people, objects, and environments. Looking Glass is preparing to ship $349 desktop holographic displays in 2021, having successfully released larger and more expensive enterprise-class screens over the past two years. 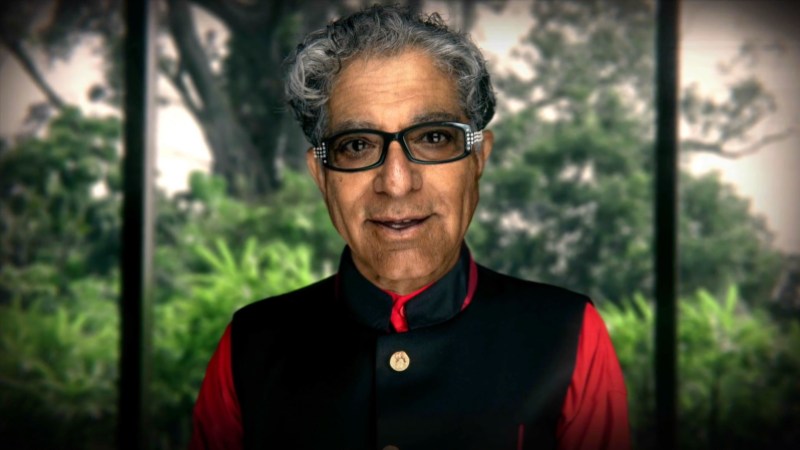 It’s quite likely that we’ll see a major uptick in scanning of entire buildings and individual people in 2021. Companies have recently demonstrated virtual avatars that look indistinguishable from the humans they’re based upon, but can deliver lip-synced product pitches simultaneously translated into multiple languages. Developed by the AI Foundation, Deepak Chopra aims to reach a billion people with “Digital Deepak” (above), a trained AI simulacrum that promises to deliver personalized guidance and meditation from any smartphone. To the extent that the digital version falls ever so slightly short of photorealistic, there’s no question that we’ve reached the point where 3D models are capable of representing people and places convincingly on the AR-capable devices people now carry around every day. Mature technology means that even cautious enterprises can feel comfortable moving at full speed into digitizing their businesses.

Enterprise AR hardware was set to take big steps forward in 2020, but COVID-19 slowed at least some of them down. Offices that might otherwise have commenced deployments of new AR headsets — including the companies making those headsets — shifted to work-from-home models, delaying both releases and rollouts. Nreal announced a new “All-in-One” enterprise headset (below) in March, suggesting that it would leverage Android, Qualcomm Snapdragon chips, and its own display technology to go toe-to-toe with Microsoft’s HoloLens by “late 2020.” Today, Nreal told me that the enterprise headset is now “coming next year,” but it hasn’t been stealthily cancelled; it’s “definitely” still planned for release. 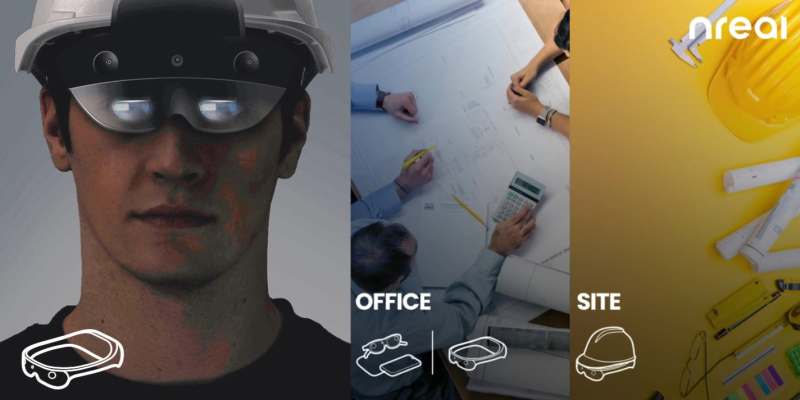 I still expect enterprise AR hardware to take several steps forward in 2021, in part thanks to greater clarity on developments that were nascent a year ago. Qualcomm’s then-new Snapdragon XR2 chipset is now actually in a shipping product, Facebook’s breakthrough $299 all-in-one VR headset Oculus Quest 2, which demonstrated that a large company could deliver a complete XR2-based mixed reality solution at an aggressive price point. While Quest 2 is built for virtual reality rather than augmented reality, it foreshadows a bright future for enterprise AR headsets, as it demonstrated that higher-definition optics, more powerful processing cores, and advanced tracking cameras could be combined in smaller, lighter packages than models released only one year earlier. 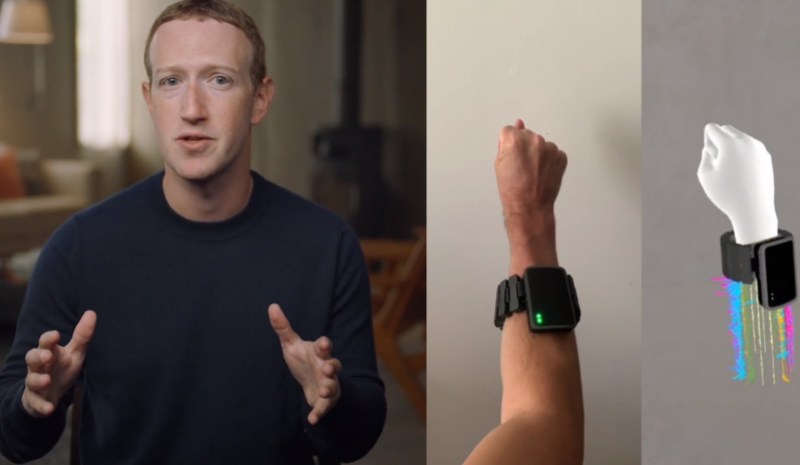 Facebook will likely become an important player in the AR market in the coming year. It has promised to release its first AR headset in 2021, beginning with a pair of Ray Ban-branded smart glasses co-developed with EssilorLuxottica, while continuing real world testing of a more sophisticated platform codenamed “Project Aria.” The images below hint at the work Facebook is doing to create both comfortable all-in-one AR glasses and a more reliable input system than pure optical hand tracking. Bracelets could enable the company’s AR gear to accurately sense finger movements — enough to pick up and move fully digital objects — while room-scanning cameras will help users to locate and interact with real objects. These input improvements will be critical to seamlessly merging the real and digital worlds, such that reaching out your hand and “touching” what you see through AR lenses will have more consequence than just sticking fingers into a ghost.

It’s unclear at this stage whether other AR hardware developers will take big steps forward in 2021, as many players are still waiting for Apple to show off the AR headsets it has been quietly working on for years — a reveal that might not happen until 2022. But if the last few years are any guide, smaller companies will probably use 2021 to release updated versions of their past smart glasses with improved holographic waveguide displays, as engineers everywhere toil to reduce chip sizes and power requirements so all-in-one AR headsets can look more like glasses and less like helmets.

Some of the coming year’s hardware developments will continue to seem academic, as researchers will keep prototyping novel input solutions that may or may not actually be adopted by enterprises over the next few years. But many of the inconspicuous improvements will turn out to be critical, enabling AR displays to be brighter, vividly colored, more detailed, and truly three-dimensional, while displaying content that looks less like computer graphics than reality.

As work on the underlying hardware and software continues, you can expect the bread and butter of enterprise AR to remain somewhat predictable in 2021, as companies will continue to iterate on apps that stream video and instructions to remote workers wearing basic smart glasses — a concept that’s been in development for years. But despite Magic Leap’s well-documented stumbles in promoting richer augmented reality apps as transitioning to an era of “spatial computing,” the consensus is that AR will soon become a bigger deal than most people understand today, and enterprise AR is the tip of a very big iceberg everyone should be aware of.