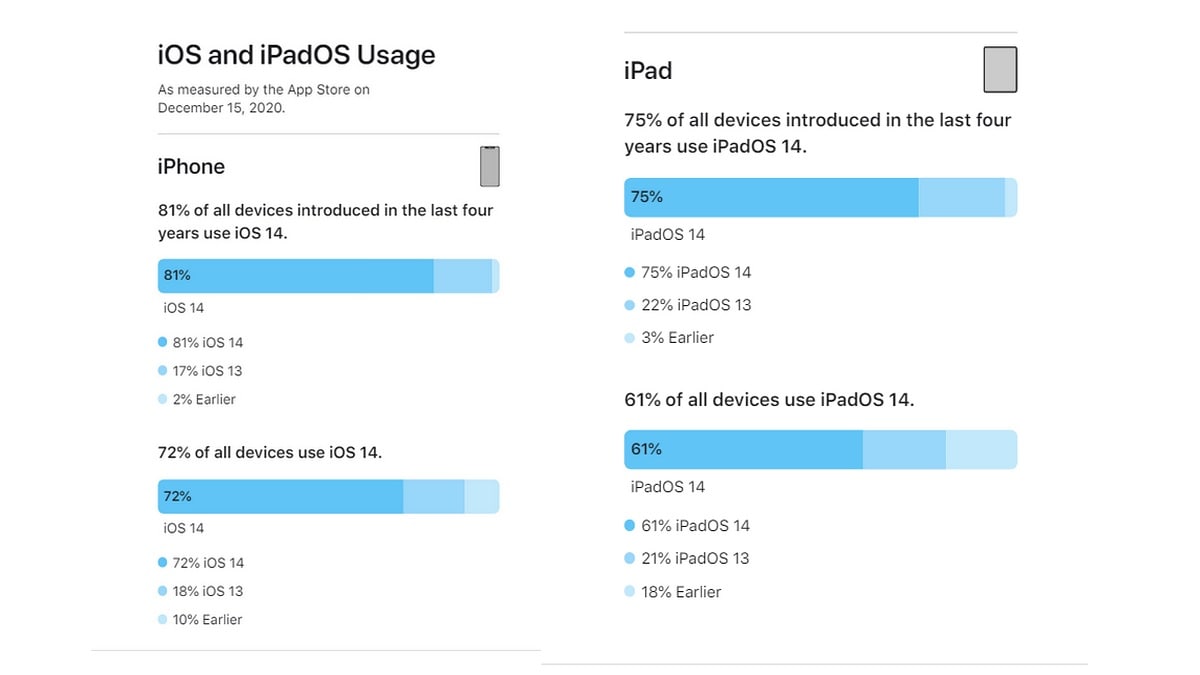 iOS 14 is now running on 81 percent of all iPhone models introduced in the last four years, Apple has shared on its developer support page. Apple also shared iPadOS usage numbers on the page, as measured on December 15. It also states that only two percent of iPhone users are on iOS 12 or older versions. Overall, out of all the iPhone models out there, 72 percent use iOS 14. Apple introduced iOS 14 to the public in September.

Apple also shared statistics for iPadOS adoption, stating that 75 percent of iPad models that were launched in the last four years are running iPadOS 14. iPadOS 13 is being used by 22 percent of users and the remaining three percent are on an older iPadOS verison. Overall, 61 percent of all iPad models being used are running iPadOS 14 while 21 percent are on iPadOS 13. Others are on an older version of iPadOS.

Apple released iOS 14 and iPadOS 14 for the public back in September and considering a time period of just three months, the adoption rate is quite impressive. This is probably due to the new features that the Cupertino company introduced with iOS 14 like widgets, improved Siri support, various accessibility features, App library and more. Apple has also been releasing frequent updates for iOS 14 with the latest being iOS 14.3.

There was no update on adoption numbers last year from Apple.