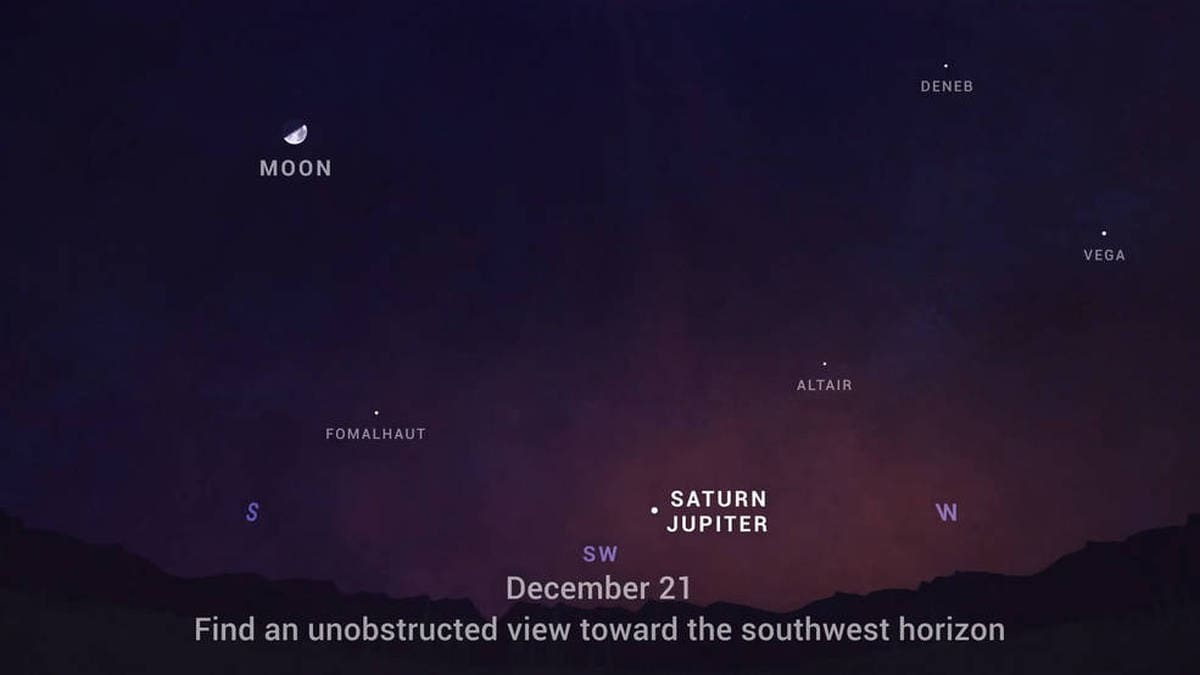 December 21 marks the Winter Solstice in the northern hemisphere, which is the shortest day and longest night of the year, also when the sun is at its lowest daily maximum elevation. The exact opposite happens in the southern hemisphere today, where it is called the December Solstice or Summer Solstice. The Great Conjunction occurs when Jupiter and Saturn align from the perspective of the Earth. This vibrant planetary conjunction set to occur tonight is also being referred to as the ‘Christmas Star’.

What is the Great Conjunction?

According to Henry Throop, astronomer at NASA, “You can imagine the solar system to be a racetrack, with each of the planets as a runner in their own lane and the Earth toward the centre of the stadium. From our vantage point, we’ll be able to be to see Jupiter on the inside lane, approaching Saturn all month and finally overtaking it on December 21.”

The planets regularly pass each other in the solar system. The positions of Jupiter and Saturn are aligned in the sky about once every 20 years. But this year’s celestial spectacle is especially rare for a few reasons – it has been nearly 400 years since both the planets passed this close to each other in the sky. The last time it happened was in 1623, 13 years after Galileo Galilei built his first telescope, when it was given the name ‘The Great Conjunction.’

It has also been nearly 800 years since the alignment of Saturn and Jupiter occurred at night. The Great Conjunction is taking place at night this year, allowing many around the world to witness the extraordinary event of the alignment of these bright planets in our night sky.

Google has dedicated a doodle celebrating this sparkling celestial episode. The animated doodle shows the alphabets of Google snow-capped, with the double O’s illustrated as Jupiter and Saturn respectively. In the doodle, Saturn hi-fives Jupiter as an excited Earth with a cute white winter cap watch on. On scrolling the mouse over the doodle, it reads, ‘Celebrating Winter 2020 and The Great Conjunction!’. You can click the doodle to see search results for “Winter solstice and the Great Conjunction.” The doodle is visible in India, Cambodia, Russia, most of Europe, part of Africa, and North America. A ‘Celebrating Summer 2020 and The Great Conjunction’ doodle is visible in the southern hemisphere, with the same animated doodle.

How to watch the Great Conjunction

As per NASA, Jupiter and Saturn would be appearing so close in the sky that a ‘pinkie finger at arm’s length’ will easily cover both the planets in the sky. You don’t even have go an extra mile to watch the Great Conjunction.

For those who would like to see this phenomenon for themselves, here’s what to do:

When to watch the Great Conjunction

According to Dr. James O’Donoghue the Great Conjunction will take place in India at 11:13pm IST. NASA has some photography tips for all of the sky-gazers who are looking to capture great shots of Saturn and Jupiter tonight.