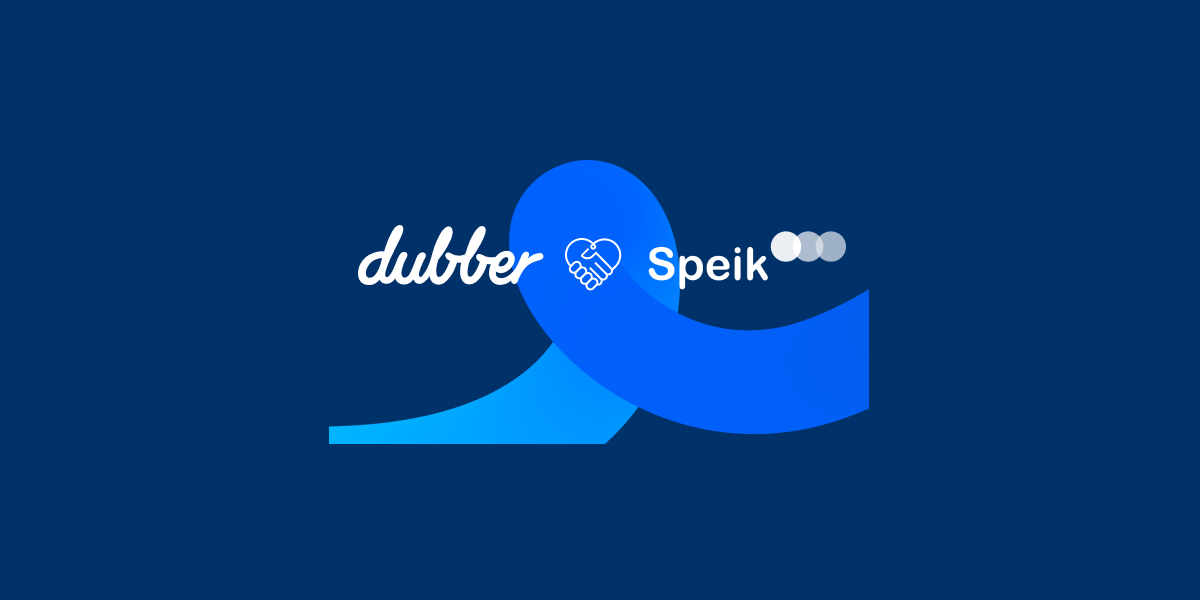 Valued at $38 million, the deal is part of Dubber’s effort to create a widely available cloud-based voice recording service infused with machine learning algorithms. That cloud service makes it possible to transcribe voice content in a way that can be searched and also analyzed for sentiment. It applies a sentiment rating to each call and will generate an alert for a negative sentiment that indicates a customer is unhappy.

In addition to expanding its reach into the European market, the acquisition furthers Dubber’s ambition to embed AI capabilities that effectively turn voice calls into yet another source of data to be analyzed.

Speik was formed in 2019 through a merger of Aeriandi Ltd., a U.K. provider of PCI compliance tools for service providers, and Voxygen Ltd., which made a hardware-based recording platform for the network Telefonica operated in the U.K. Headquartered in Oxford, Speik will continue to operate under its current leadership as an independent division in the Dubber group.

The final payout for Speik is contingent on its financial performance over a 16-month period. Speik currently generates annual revenues of 7 million pounds. Up to this point, Speik has focused largely on enterprise user cases, but Dubber plans to broaden its customer base via existing alliances with more than 130 service provider partners. Dubber is aiming to make call recording services pervasively available on mobile devices via a service that end users will sign up to access, said Di Pietrantonio.

“We want to make this capability available to everyone,” Di Pietrantonio added.

Dubber also has alliances with Cisco and Microsoft and has integrated its cloud platform with the unified communications platforms of both vendors. Dubber now sees an opportunity to not only record those interactions, but also apply analytics that will enable organizations to, for example, improve customer engagement. The Dubber service is currently an add-on capability for those services, Di Pietrantonio noted.

The days when organizations relied solely on a simple videoconferencing call to better engage customers are ending, giving way to interactions that will be augmented by AI capabilities that promise to provide sales and customer support representatives with advice and insight in real time. As organizations begin to initiate more transactions via unified communications platforms, security issues involving PCI compliance will become a bigger concern.

Most organizations already record calls that come into their call center, so Dubber is simply providing a way to analyze recordings of the video conferences that are becoming more widely employed, Di Pietrantonio said. Those capabilities could create a higher level of satisfaction for customer and company representatives alike as organizations embrace digital business processes — assuming, of course, privacy concerns are addressed in a forthright manner.