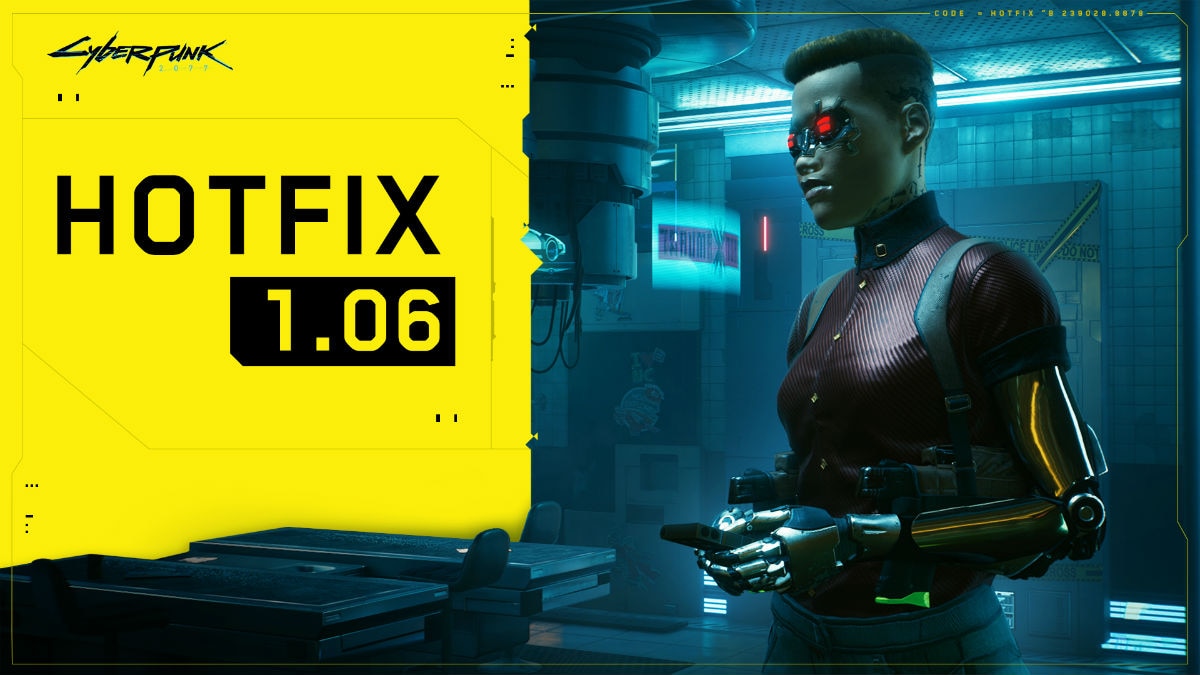 Cyberpunk 2077 developer CD Projekt Red has released Hotfix 1.06 for Xbox and PlayStation consoles as well as PCs. The hotfix brings in optimisations for consoles and removes the 8MB save file-limit on PCs. The game, infamous for consistently being hit by new bugs, has already had three hotfixes (including the latest one) since its launch on December 10. The developers have announced that they will release two big updates in January and February to mitigate further problems in the game.

As per the information available on Cyberpunk 2077 website, the Hotfix 1.06 is now available on PC and consoles. The changelog mentioned that “Dum Dum will no longer go missing from Totentanz entrance during the Second Conflict.” Those who haven’t reached that stage or are new to the game should know that Dum Dum is a Maelstrom gang member in the Second Conflict quest whom they will meet at Totentanz – an abandoned factory and gangers’ hideout as well as party place. Cyberpunk 2077 developer CD Projekt Red had earlier announced that it was working on a potential workaround to the problem of the missing NPC.

The second notable change is for console versions of Cyberpunk 2077. The developers said that the latest hotfix has improved memory management and stability, that will result in fewer crashes. The third is a PC-specific fix that removes the 8MB save file-size limit. Several players earlier reported that if their save files exceed 8MB in size, the game won’t get loaded and an error message would pop up. The developers pointed out that this won’t fix save files that got corrupted before the update.

Sourabh Kulesh
Sourabh Kulesh is a Chief Sub Editor at Gadgets 360. He has worked in a national daily newspaper, a news agency, a magazine and now writing technology news online. He has knowledge on a wide gamut of topics related to cybersecurity, enterprise and consumer technology. Write to sourabhk@ndtv.com or get in touch on Twitter through his handle @KuleshSourabh.
More