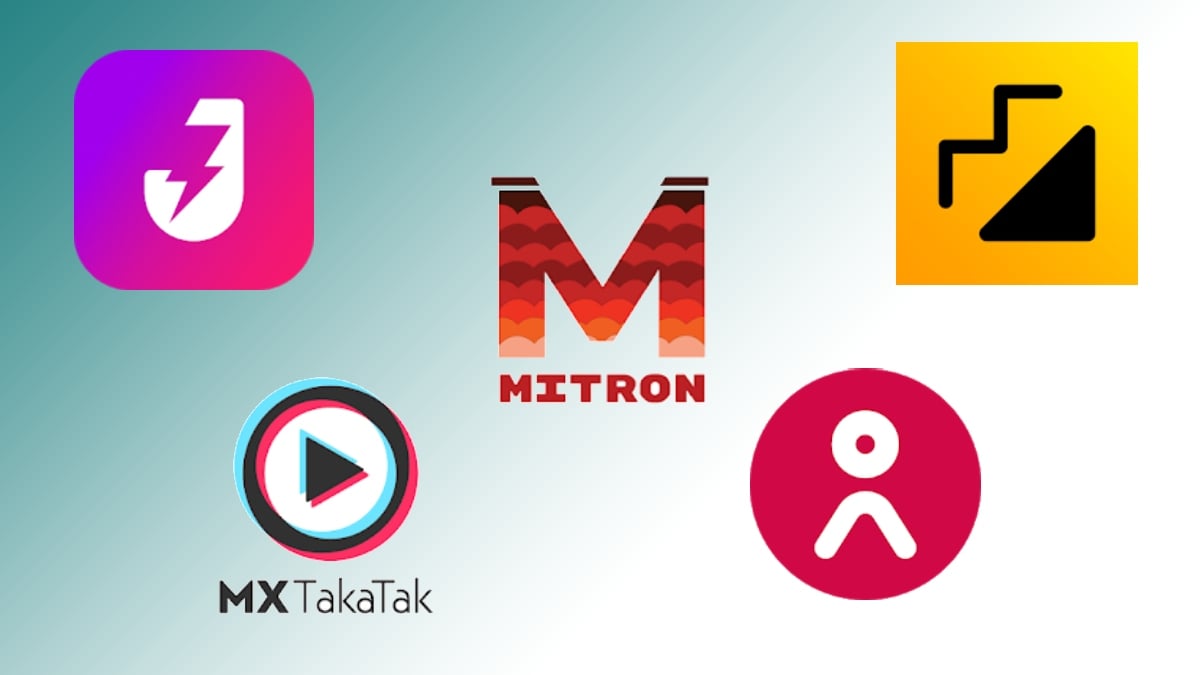 What are the most popular Indian short video apps you can use instead of TikTok? It’s been some times since TikTok was banned, and today there are several homegrown video-sharing apps that can provide a similar experience with a taste of India to go along. Apps like Josh, Mitron, Moj, MX Taka Tak, and Public not only offer all the handy tools needed to create your next viral video, but also brings support for local languages including Bengali, Hindi, Punjabi, and more.

In June, the government blocked several apps with ties to China, including the popular ByteDance-owned video-sharing platform, TikTok. Since then, a number of made-in-India video-sharing apps have started getting traction among users and investors alike. While TikTok-alternative Mitron hit the one-crore download mark within just two months of launch in June, Chingari saw over a crore downloads within a span of just 22 days, in June. Earlier this week, India’s TikTok spin-off Josh raised over $100 million (roughly Rs. 740 crores) from leading investors, including Google and Microsoft.

We take a look at five popular homegrown apps that you can check out:

Developed by Bengaluru-based Ver Se Innovation, which is also behind the popular aggregator DailyHunt, Josh has been designed to work just like TikTok. Boasting of content of popular creators such as Afsha Shah, Jubin Shah, and Vishal Parekh, Josh allows users to create duets that can range from crooning to your favourite tunes or testing your acting skills with funny or romantic dialogues. It also offers regular challenges for creators that could get you a host of new followers and online popularity. Users can also share a video they like directly via WhatsApp. Apart from content in English, Josh offers support for Indian languages including Hindi, Malayalam, Telugu, Kannada, and more.

Another fun video-sharing app, Moj has been developed by ShareChat. Despite a quiet launch, Moj reportedly saw over 50,000 downloads within just two days in July. With over seven million creators on the platform, Moj allows users to create quick vlogs on a wide range topics ranging from food to sports, enhanced by fun filters, stickers, and quick-edit tools. It also allows creators to post music videos and classic lip-sync dubbing clips. Available in 15 languages, the app offers support for Assamese, Bengali, Odia, Tamil, and more.

MX TakaTak clearly took a lot of inspiration from TikTok. From its name (TikTok – TakaTak) to its logo colours, the app designed by MX Media is a similar experience to the banned Chinese app. Complete with quick video-edit tools, a wide array of stickers and filter, along with quick share options on various social media platforms, MX TakaTak has garnered over 50 million downloads to date. And yes, just like all other apps on this list, MX TakaTak also offers regional language support, including Gujarati, Marathi, Punjabi, and more.

Public stands out from among the other apps on this list – for a good reason. It is a local news app that offers you short videos of all the happenings and events in your nearby area, based on your GPS location. From sports matches to power cuts, users can record and share short videos of any and all newsworthy local happenings, sharing their opinions and views in the process. If used properly, this app could really come in handy for yourself and your nearby users as it can offer regular updates of needful events such as free health checkups and others around your area. This app also offers support for a handful of regional languages such as Hindi, Malayalam, Tamil, and more.

After the TikTok ban, Mitron saw a meteoric rise in popularity, along with its fair share of controversies. Back in May, a report suggested that Mitron was actually a repackaged Pakistani app called TicTic, which was denied by its developers. It also had alleged vulnerabilities that could compromise user accounts. In June, it was even removed from Google Play for violating the store’s ‘spam and minimum functionality’ policy in June. However, Mitron did eventually find its way back into Google Play and crossed the one-crore download mark in a short span of time. The reason behind this could be attested to the app’s UI and editing tools, that have been designed to be simple and easy-to-use. It offers a vast array of sounds to choose from and use in creations. Users can also use their own sounds to create videos. The app’s hands-free recording feature also comes in handy.