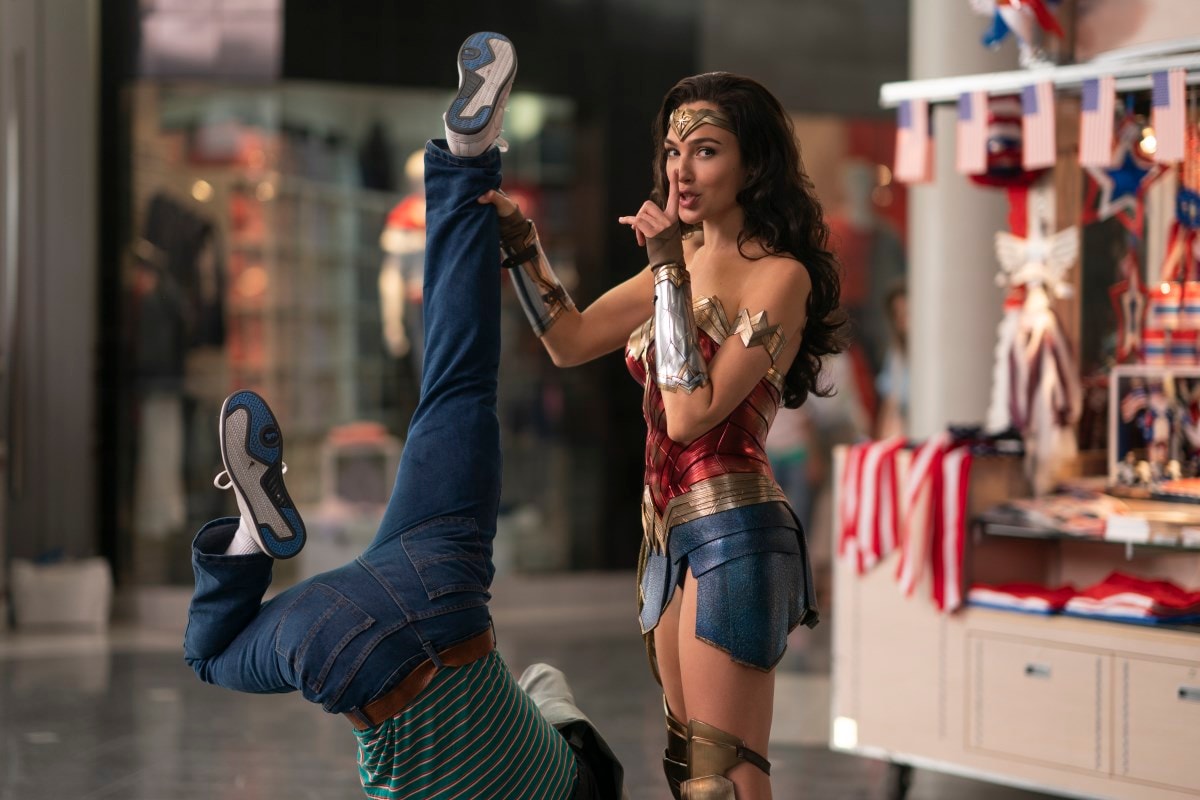 Wonder Woman 1984 has a bonus scene during the credits, in what marks a departure from the original Wonder Woman released in 2017. While post-credits scenes usually exist to set up a franchise’s future (or just as one final extra gag), Wonder Woman 1984 seems to take a different approach. It pays a tribute to the past and honours the legacy of the DC Comics character. It’s something that director Patty Jenkins wanted to do in the first film too, but it didn’t work out as planned. And that’s why Jenkins found a way to include it in Wonder Woman 1984.

Wonder Woman 1984 Review: DC Sequel a Major Step Down From the Original

Spoilers ahead for Wonder Woman 1984.

A woman clad in blue and with long flowing hair is walking through a market fair when a wire snaps in two, causing the free-standing pole it was attached to, to fall. But the woman in blue stretches out her right arm — she’s got a bracelet like Wonder Woman — and easily catches the falling pole to the astonishment of everyone around her. And she then carries on down the street, like what she did was nothing special.

The mother of a baby girl, who were both in the way of the falling pole, runs to her and says: “Excuse me, please, you have to let me thank you, Miss…” The woman in blue turns around and introduces herself as Asteria (Lynda Carter). The unnamed mother wonders how she managed that, and Asteria explains to the thankful mother that “it was just a simple shift of weight. It takes practice, but I’ve been doing this a long time.” (Her words are a call-back to Diana’s from earlier in the film.) She smiles, winks, turns around, and walks away.

Asteria is the name of the legendary warrior in whose honour the Amazon Games, Wonder Woman 1984’s opening sequence, are held. As Diana (Gal Gadot) explains deep into the film, Asteria was the one who held off men as the enslaved Amazons escaped to Themyscira. She wore a golden armour — that Diana herself puts on later to fight off Cheetah (Kristen Wiig) — that was made by pieces of armour contributed by all the other Amazons.

Diana ends that backstory lesson by saying that Asteria sacrificed herself, but as the Wonder Woman 1984 post-credits scene reveals, that’s clearly not how it went down. Asteria is clearly alive and well, though it’s unclear why she gave up her armour. Diana notes that she searched for Asteria but only found her armour. Maybe Asteria doesn’t want to be found, or maybe their paths just haven’t crossed. It’s possible that we might see that happen in Wonder Woman 3.

At the same time, that seems unlikely. Carter’s presence as Asteria is more of an Easter egg, with Jenkins paying a tribute to the woman she admires. Carter played Wonder Woman in the eponymous TV series, which ran from 1975–1979 in the US. All the episodes of the series were recently released on HBO Max ahead of Wonder Woman 1984’s premiere on the streaming service. Jenkins has always spoken highly of Carter, and she’s wanted to include her in her film series from the start.

With the post-credits scene, Jenkins manages to do exactly that. She’s holding a candle to the woman who inspired her to take on Wonder Woman in the first place. And of course, should Jenkins want to include Asteria in the plot of Wonder Woman 3 (or the Amazon spin-off she’s spoken about), she now has a face with a legacy.

Wonder Woman 1984 is out in cinemas across India and the world. It’s also available on HBO Max in the US for a month.