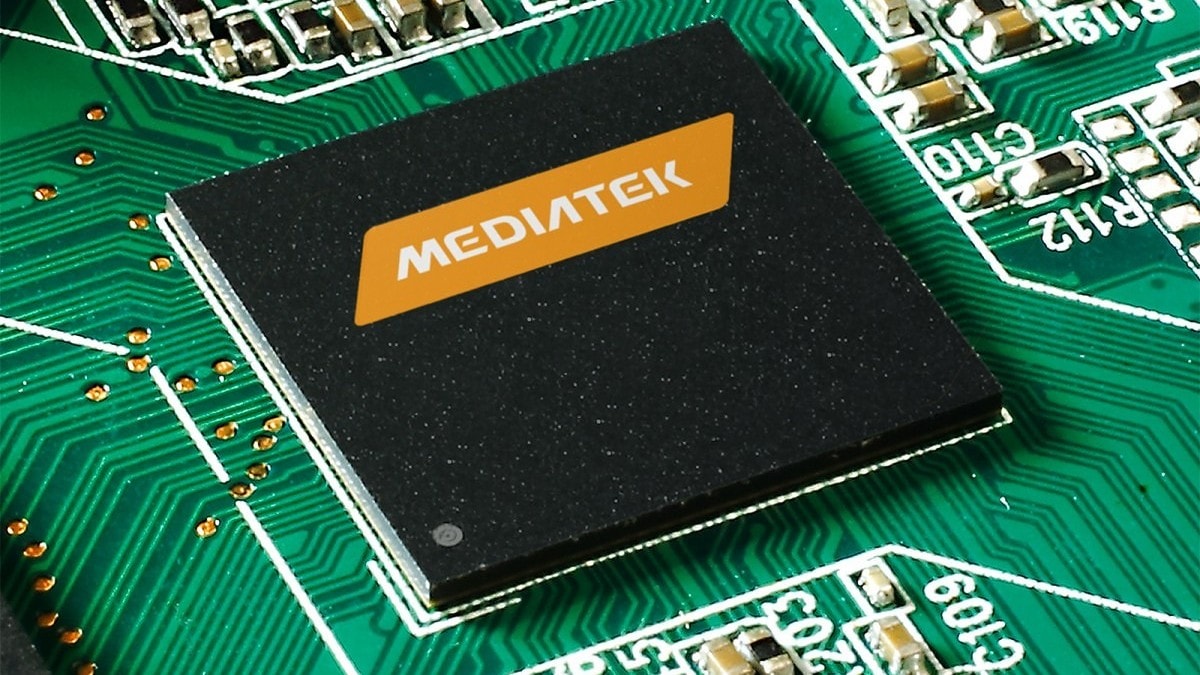 MediaTek outstripped Qualcomm to become the biggest smartphone chipset vendor with 31-percent market share in the third quarter of 2020, according to a report. The Taiwanese chipmaker saw a strong performance in the $100 – $250 (roughly Rs. 7,000 – Rs. 18,000) price bracket. It also received significant growth in markets including India and China that helped it take on Qualcomm, that is said to still lead the market for 5G chipsets. Among other factors, MediaTek is believed to have leveraged the sluggish growth of Huawei due to the US sanctions to expand its market.

More than 100 million smartphones were sold globally in the third quarter with MediaTek chipsets, Counterpoint reports. This helped the Hsinchu, Taiwan-headquartered company expand its market share to 31 percent from 26 percent in the second quarter.

The growth of MediaTek put a dent on Qualcomm that dropped from the 31 percent share reported for the second quarter to 29 percent in the third quarter. However, the chipmaker that produces Snapdragon SoCs for mobile devices emerged as the biggest 5G chipset vendor with 39 percent share the same quarter, as per the research firm.

Qualcomm’s expansion in the 5G segment came from the launch of new phones supporting the next-generation networks. According to Counterpoint, the demand for 5G phones doubled in the third quarter, with 17 percent of all smartphones sold in the quarter supporting 5G connectivity. The trend is likely to continue with one-third of all smartphones shipped in the fourth quarter are expected to have 5G support.

Earlier this year, Qualcomm brought 5G-supported chipsets including Snapdragon 690, Snapdragon 750G, and Snapdragon 865 Plus that are so far limited to a handful of smartphone models. MediaTek, on the other hand, also expanded its chipset lineup across price segments and introduced its Dimensity range of 5G chipsets to counter the San Diego-based competitor. Nevertheless, Counterpoint noted that Qualcomm still has a chance to regain its top position by taking on MediaTek in the fourth quarter.

Counterpoint Research Director Dale Gai stated that the share of MediaTek chipsets on Xiaomi phones had increased by more than three times since the same period last year. The company also produced a list of affordable chipsets that became the first option for many handset makers to quickly fill the gap left by Huawei’s absence, the analyst said.

“MediaTek’s strong market share gain in Q3 2020 happened due to three reasons – strong performance in the mid-end smartphone price segment ($100 – $250) and emerging markets like LATAM and MEA, the US ban on Huawei and finally wins in leading OEMs like Samsung, Xiaomi, and Honor,” said Gai.

The restrictions on Huawei that resulted in supply constraints for its HiSilicon chipsets also helped Qualcomm gain some market share in the third quarter.

“Qualcomm and MediaTek have both reshuffled their portfolios, and consumer focus has played a key role here,” said Counterpoint Research Analyst Ankit Malhotra.

The analyst also underlined that the world’s cheapest 5G device, Realme V3, is powered by MediaTek.

Apart from MediaTek and Qualcomm, Samsung, Apple, and Huawei managed 12-percent market share each in the third quarter. While Huawei didn’t receive any growth during the quarter, Samsung’s share declined from the 16 percent and Apple’s share grew from the 11 percent reported for the second quarter.