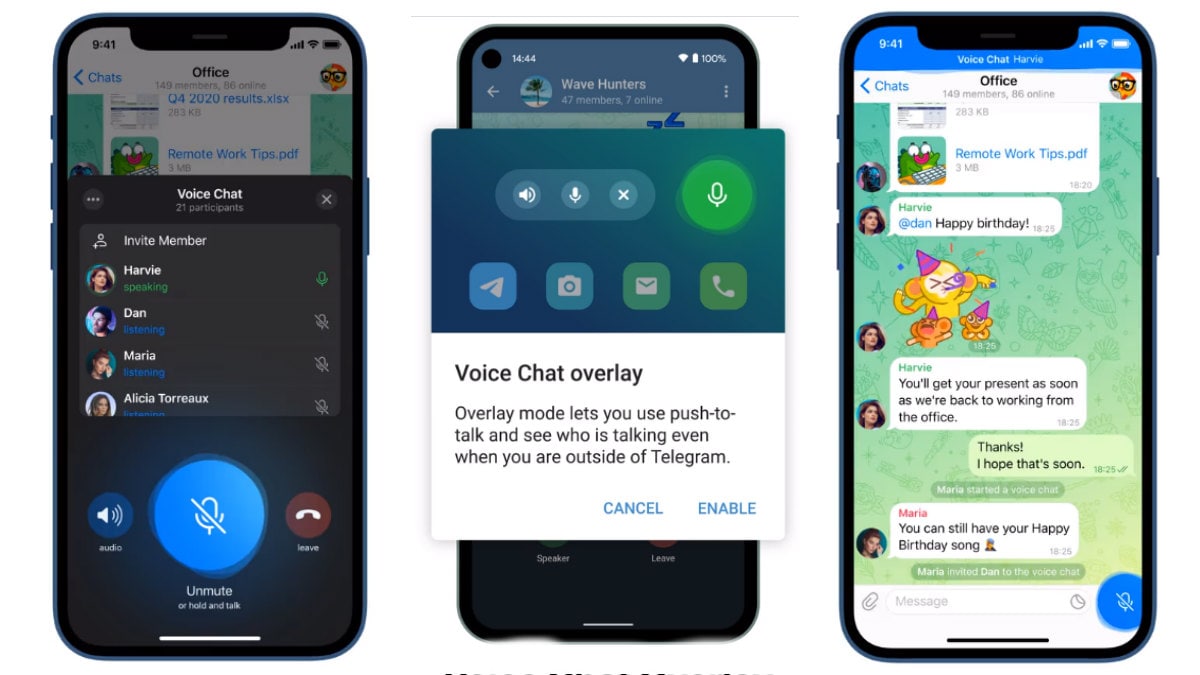 Telegram has launched group voice chats that are a bit like Discord rooms. Users can participate in always-on, group voice chats while they simultaneously do other things on the app. As per the company, the new update will allow any Telegram group to become a voice chat room. Telegram says that although Voice Chats are not group calls, “they can achieve similar goals”. Voice chats are now part of existing text chats, and operate as a persistent option to speak live with friends or family. It also gives them the freedom to drop in and drop out of a group voice chat as they please, just like in Discord.

As per a blog post by the Telegram team, since Voice Chats run in parallel to texting, it essentially adds another “layer of ephemeral talk to the group”. It means that after joining a voice chat, users can browse conversations, send texts and media like they generally do on the Telegram app, while staying connected to the voice chat. They can mute/ unmute the conversation through the microphone controls on the screen.

For example, if you have joined a group voice chat in your office and you hear that someone is taking a break to get lunch, you can quickly jump in to request that person to bring some for you as well.

Just like with Discord, another app that allows group voice chats, any group on Telegram can now become an always-on voice chat room. The company says that Voice Chats are not group calls, however, they can achieve similar goals. The groups that have active voice chats have a bar at the top that allows the members to know who is speaking at the moment. There are on-screen microphone controls that allow users to quickly mute/ unmute or end conversations.

Telegram users on Android will have a system-wide floating widget that shows microphone controls and who is currently talking even when the Telegram app is running in the background. There’s also a menu that allows members in a group voice chat to invite more people. As per the company, Voice Chats can accommodate “a few thousand participants”. To start a voice chat admins can open any group and tap (⋯) or (⋮) > Start Voice Chat.

The new group voice chat feature will be available on the Telegram app for Android and iOS, and also on Telegram Desktop and the native macOS app.

Apart from the new group voice chat feature, Telegram has also got other additions and improvements. Android users can now move their app data from internal storage to external SD cards. The Android version has been updated with new animations for message button, chat folders, among others. As per the company, animated stickers on Telegram deliver 180 frame animations with infinite resolution in less than 50 KB, allowing them to load faster than before.

Android users on Telegram can now also edit a photo, and iOS users can tap the pen button to quickly edit and send back a photo they have received. iOS users can also enable Siri to read incoming messages aloud in their headphones. Additionally, to help identify potential new features and locate bugs within the app, Telegram has also launched a public Bug and Suggestion Platform.

Telegram will be rolling out this update gradually to allow users to suggest new features and report bugs.