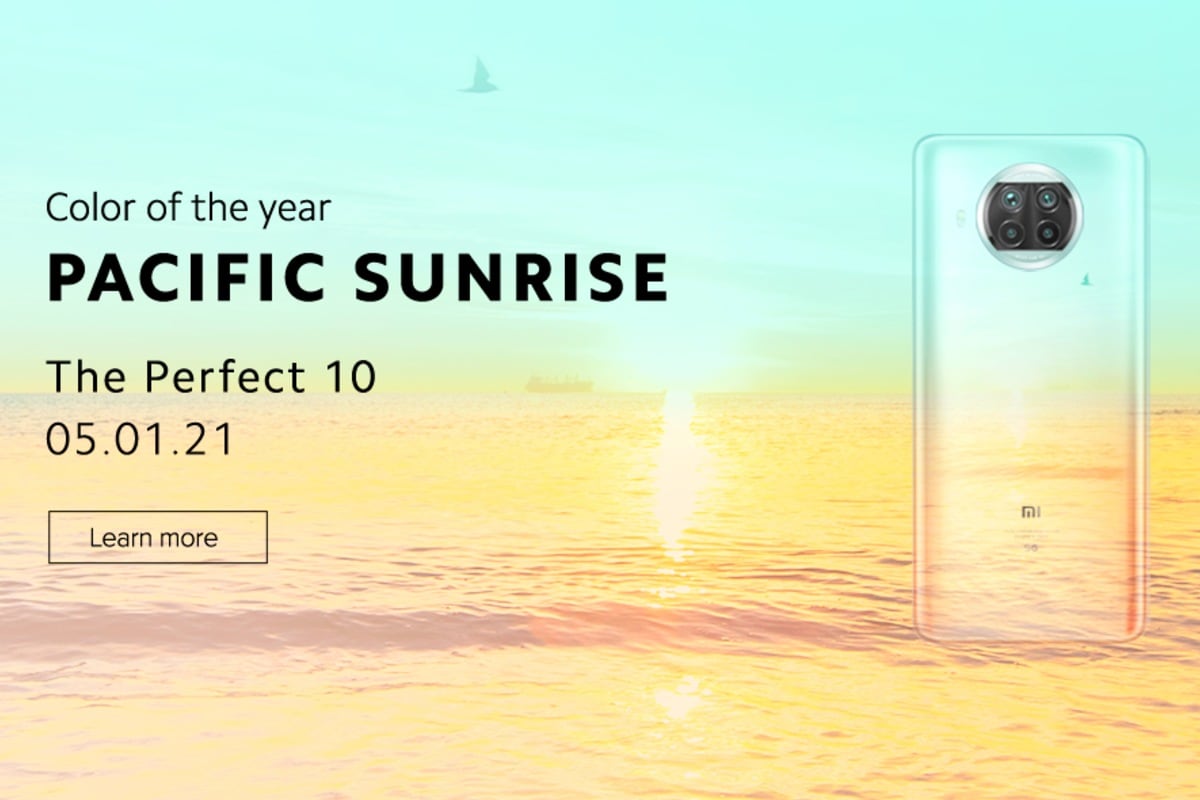 Mi 10i is coming to India in a distinct Pacific Sunrise colour option, Xiaomi has teased through its Mi.com website. The new colour option appears to have a gradient finish with a mix of cyan and orange shades. Separately, the Mi 10i battery details have been teased online. Xiaomi recently confirmed the launch of Mi 10i in the country for January 5. The smartphone is rumoured to be a rebadged Redmi Note 9 Pro 5G, with slight changes. Earlier teasers posted by Xiaomi confirmed a 108-megapixel primary camera sensor on Mi 10i as well as Qualcomm Snapdragon 750G SoC.

Xiaomi has featured a banner on the Mi.com site that shows the Pacific Sunrise colour of Mi 10i. The same colour option has also been teased on the Amazon India website.

The Pacific Sunrise colour of Mi 10i is likely to debut alongside its Blue and Black hues that were leaked last month.

Alongside the new colour, Xiaomi has released a teaser video on its social media channels that suggest at least a day-long battery life on Mi 10i. The video also gives us a glimpse of the upcoming phone from the top.

Earlier this week, Xiaomi India Managing Director Manu Kumar Jain confirmed that the company was planning to launch Mi 10i as its next smartphone on January 5. He mentioned that the phone would come with a “brand new sensor” and would include customisations made for the Indian market. Mi 10i also appeared on Amazon with the Snapdragon 750G SoC.

Rumours suggest that Mi 10i would just be a rebranded version of Redmi Note 9 Pro 5G that was launched in China in November. The phone is speculated to have 6GB and 8GB RAM options and 128GB of internal storage as standard. It is also confirmed to have a 108-megapixel primary sensor on a quad rear camera setup and come with 5G support.