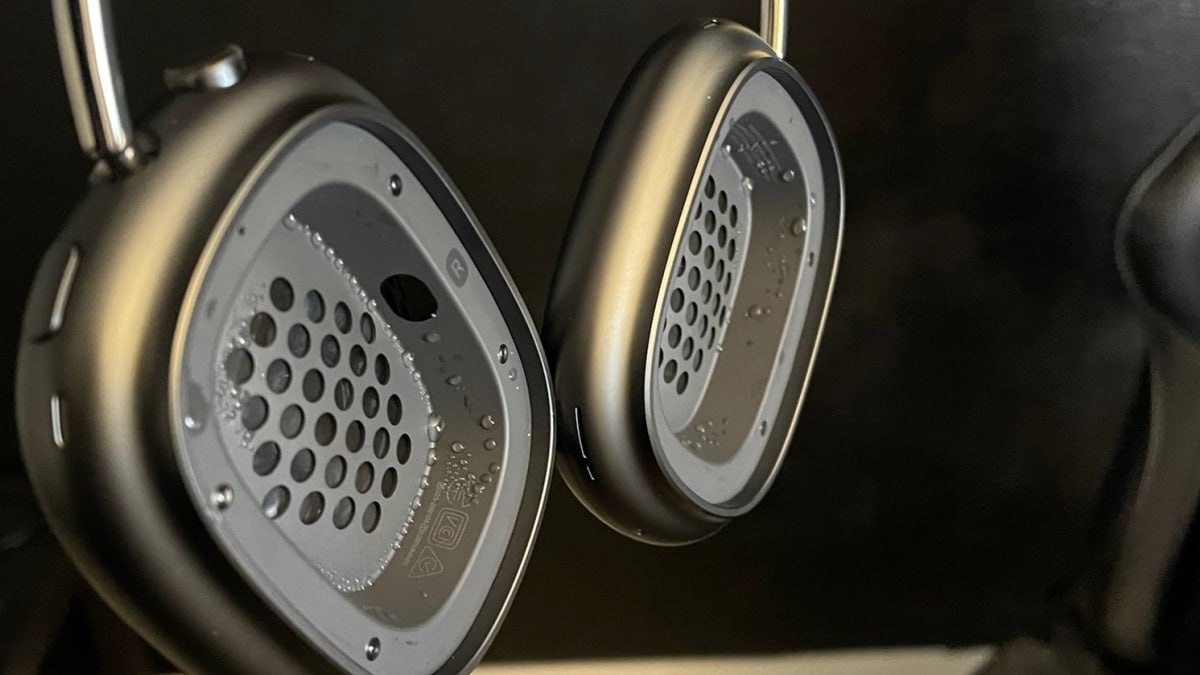 Apple AirPods Max users are reporting an issue with condensation, where water droplets are forming under the removable ear pads near the drivers. The high-end headphones, launched only recently and priced at Rs. 59,900 in India, seem to be particularly susceptible to this condensation issue due to the premium design, particularly the liberal use of metal that is considerably cool to touch as compared to headsets that use a fair amount of plastic in the build. While one particular user provided details on the issue along with images, others have responded that they are facing similar issues as well.

A significant report comes from user Donald Filimon, who has provided details of the condensation issues along with images on Twitter and Reddit. The images show the AirPods Max space grey colour variant with the ear pads removed, and visible water droplets on the inside, near the drivers. The user reports that he has used the headphones in non-humid environments (primarily indoors) and the water droplets are causing ear-detection problems on the headset.

The Twitter and Reddit threads have various replies from users reporting similar problems, suggesting that the issue isn’t an isolated incident. This is particularly concerning because of the high price of the headphones. At Rs. 59,900, AirPods Max are among the most expensive mainstream options available today, and issues like these are causing significant worry for buyers who have paid the full price.

According to a report by Cult Of Mac, this is likely sweat from users’ ears. Although sweat condensation inside headphones is a fairly common issue because of the snug over-ear fit, the issue here is largely about the AirPods Max’s ability to actually handle these amounts of sweat or moisture. That said, it shouldn’t be too hard to clean the moisture out using a soft cloth periodically, but that’s assuming it doesn’t get into the drivers and cause any serious damage.