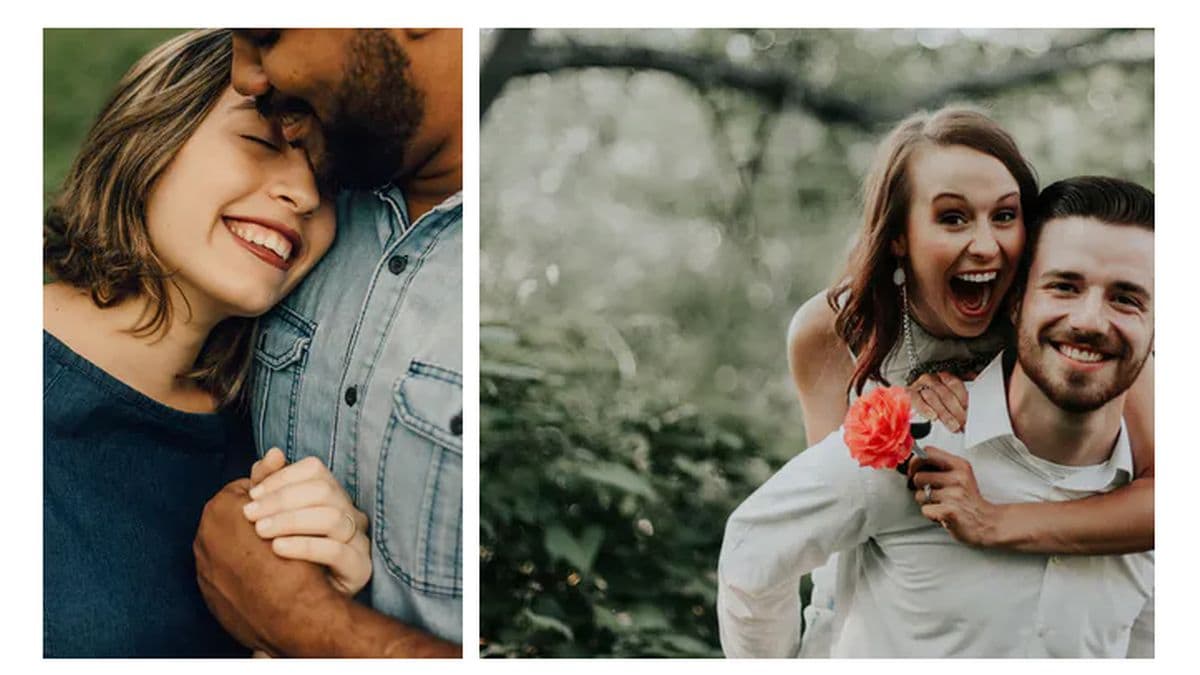 Arranged marriages happen in India, and not the rest of the world, we’ve been raised to think. “If you’ve been raised to strive for romantic love, a more pragmatic approach to marriage can be difficult to accept,” Smriti Mundhra, creator of Indian Matchmaking on Netflix told Gadgets 360. This sounds simple enough, but arrangedmarriages.co, a new website that garnered attention on sites like ProductHunt, makes us question how true this belief really is.

arrangedmarriages.co has the tagline ‘Uber for marriages’ and asks people to submit their info to ‘run a statistical matching algorithm based on empirical research about marital success’. Looking at the comments, quite a few people seem to be interested in the idea — and you can see a similar mindset in the reaction to Indian Matchmaking on Netflix as well.

At a time when Tinder and OkCupid are catching on in India, why is such a conservative idea like arranged marriages finding a wider audience? And is this an opportunity for the Indian matchmaking sites to explore a different kind of customer?

When you log in to arrangedmarriages.co it asks for your religious beliefs and a set of questions to analyse your personality traits. Towards the end of the application, the website asks you to rate yourself from a scale of one to ten on your physical attractiveness. Then you are done and the website gets back to you with an email upon finding your match. If that rating doesn’t make you wonder what to expect from the site, consider also this tweet from one of the founders:

People have responded by asking “is this real?”and expressed disdain, saying “this is cyber-bullying.” Gadgets 360 reached out to the founders, who initially responded but then ghosted us, which seems like a fitting anecdote in a story about modern relationships.

Netflix made Indian arranged marriages a global topic in July 2020. The show features Indians (some living in America, some in India) and while it became one of the most popular shows here, but it’s also featured in Netflix’s year wrap video alongside The Crown and Stranger Things.

“A lot of people in the West equate arranged marriage with forced marriage or child brides,” said Indian Matchmaking’s Smriti Mundhra. “With Indian Matchmaking, we wanted to present arranged marriage as it is for many educated middle-class people in India: a flexible institution that involves family but leaves much of the decision-making power to the young people. It’s also a system that prioritises marriage as the goal, not dating.”

“Individualism is a key feature of Western ideals, so it becomes hard for Westernised people to accept that ‘I’ll marry this person because his biodata checks out and we have similar dietary habits and our families get along’…” Mundhra added.

A quick Google search for “Indian Matchmaking Review” shows that the series was called out for its regressive side, but that’s not what you see when you search for it on Twitter. While critics brought up the regressive side of the show, people watching along seemed to think it was a lot of fun.

Isha Thakore and Uditvanu Das had no intentions of finding a life partner when they had first signed up for Tinder. “He was one of the two guys I had swiped right and the other guy is a good friend now,” Thakore told Gadgets 360.

Tinder had even approached them to be on their advertisements, but Thakore and Das said no. “I just didn’t want to be a bus-hoarding…,” Isha said with a giggle.

It’s not just the case in India either.

“Large parts of the media claim they (dating apps) have a negative impact on the quality of relationships since they render people incapable of investing in an exclusive or long-term relationship,” the study’s author Gina Potarca said.

And while Tinder became famous for stripping away all other factors and becoming a quick yes or no swipe based on someone’s looks, other dating sites were already working a lot like arrangedmarriage.co.

“The process of making a profile on OkCupid is deliberately time intensive where users have to answer a minimum of 15 questions. The algorithm considers your responses to questions, your preferences, interests and hobbies, and your profile to find you the people you’re compatible with,” says Anukool Kumar, Marketing Director, OkCupid India.

Thanks to COVID-19, we’ve all been stuck at home for nearly a year now. We’re increasingly left feeling disconnected, so the idea that you can simply answer a few questions through an app and then find the right person, the one you’re meant to be with forever, is alluring. The idea that there will be a permanency to those who we meet online speaks to our insecurities and our loneliness, and tells us (to quote arrangedmarriages.co) “You’re overthinking it.”

While some people on ProductHunt commented saying that they would like an arranged marriage, others posted to say this was sad. The founders post on Twitter also drew some ire. And that’s probably why Indian sites, like Shaadi.com and BharatMatrimony are not actively going after non-Indian users in other countries, yet.

“We constantly evaluate new opportunities for growth,” Murugavel Janakiraman, the founder and CEO of matrimony.com about it said, but did not explore this further. And most of the attention that is being given to arrangedmarriages.co is because the platform is seen as a novelty, something unusual.

On Google, if you look up the words arranged marriage, you’ll see articles about India, and headlines like, “Where do arranged marriages still exist?” You’ll even see an older NYT article, explaining with a bemused air, that “Websites in India Put a Bit of Choice Into Arranged Marriages”.

We asked Mundhra whether the practice of arranged marriage doesn’t exist in America at all. “I know that they exist, but I don’t have any first-hand experience with them,” she said. “My best friend, who is Jewish-American, worked with a matchmaking service and didn’t have a great result. I can imagine it’s hard to build a business off of promising something as elusive as love. But as long as people are seeking, I’m sure those who help to find will stay in business.”