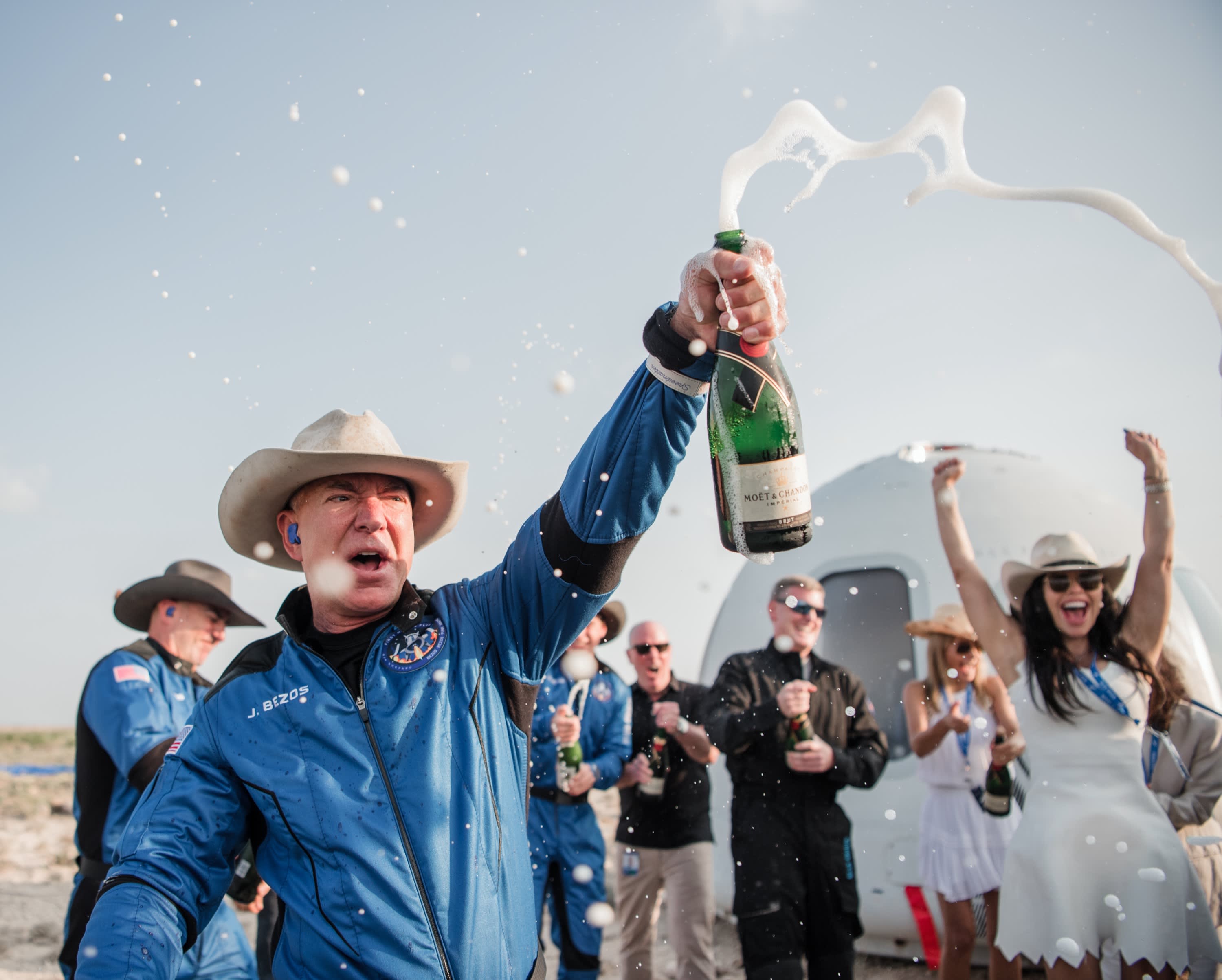 All things must die, according to the poet Alfred Lord Tennyson, but that could be about to change.

A growing number of tech billionaires have decided they want to use their enormous wealth to try to help humans “cheat death.”

Amazon‘s Jeff Bezos, Alphabet‘s Larry Page, Oracle‘s Larry Ellison and Palantir’s Peter Thiel are just a few of the super-rich who have taken a keen interest in the fast-emerging field of longevity, according to interviews, books and media reports.

While breakthroughs are far from guaranteed, they hope that various medicines, therapies and other life science technologies will enable humans to live well beyond 100 years old and possibly to 200, 300, or even longer.

But are their efforts going to benefit humanity as a whole or just an elite few? It’s a tricky question that divides opinion.

The filter down effect

“Technologies that initially are only affordable to the rich typically become more widely available with time,” Stefan Schubert, a researcher at the London School of Economics and Political Science who specializes in “effective altruism,” told CNBC. Indeed, this is true of everything from air travel to smartphones and medicine.

“I think involuntary death is clearly morally bad, which makes the quest for longevity a morally noble thing to engage in,” Tallinn said. “Early adopters always tend to pay more and take larger risks than the ‘mass market,’ so if therapies start off on the expensive/risky side, that’s to be expected.”

Tallinn added that he thinks it’s “counterproductive” to require that a new service be available to everyone before anyone is allowed to use it, but he said he understands the instinct.

Sean O hEigeartaigh, co-director of Cambridge University’s Center for the Study of Existential Risk, told CNBC that many advances in longevity science could have broad benefits, adding that they could reduce the occurrence or severity of older age-related diseases including dementia and heart health.

“Extending max lifespan significantly in the near-term seems unlikely to me; but identifying and arresting aging-related factors that increase preponderance and severity of age-related conditions is more plausible,” Ó hÉigeartaigh said.

Some are concerned that the Earth’s finite resources could come under strain if people live longer, healthier lives.

However, by the time meaningful life extension advances are made, Ó hÉigeartaigh expects population numbers to be more stable in more parts of the world.

“I expect meaningful lifespan extension to be a century or more away, and by then I expect a parallel change in societal attitude towards euthanasia,” he said, adding that he thinks euthanasia will be more acceptable and more common in the coming years.

What about climate change?

Jon Crowcroft, a computer science professor at Cambridge University, told CNBC they’d be better off pumping more of their billions into climate change mitigation technologies instead of longevity research.

“I think it’s generally unfair to pit good causes against each other in a world where most resources are wasted on morally unimportant or even reprehensible things,” Tallinn said.

Bezos, the second richest man in the world behind Elon Musk, has invested some of his $199 billion into a new “rejuvenation” start-up called Altos Labs, according to a report from MIT Technology Review earlier this month.

The anti-ageing start-up, which is said to be pursuing biological reprogramming technology, is reportedly also backed by Russian-Israeli venture capitalist Yuri Milner, who made a fortune as an early investor in Facebook.

Elsewhere, Oracle founder Ellison has donated more than $370 million to research about aging and age-related diseases, according to The New Yorker.

Meanwhile, Google founders Sergey Brin and Larry Page helped launch Calico, a secretive venture that’s tracking mice from birth to death in the hope of finding markers for diseases like diabetes and Alzheimer’s, according to a report in The New Yorker. Calico is part of Alphabet, the holding company that also owns Google.

One of the biggest advocates for life extension among the tech billionaires is Thiel, who co-founded PayPal and Palantir and backed Donald Trump’s 2016 presidential campaign.

In 2006, he donated $3.5 million to support anti-ageing research through the non-profit Methuselah Mouse Prize foundation. “Rapid advances in biological science foretell of a treasure trove of discoveries this century, including dramatically improved health and longevity for all,” he said at the time. Thiel had upped his investment in Methuselah Mouse Prize foundation to $7 million by 2017, according to Time.

According to The New Yorker, Thiel and Bezos have both invested in San Francisco-based Unity Biotechnology, a company whose founder reportedly said he wants to “vaporize a third of human diseases in the developed world.”

On the other side of the Atlantic, British billionaire Jim Mellon told CNBC last September that he was planning to take Juvenescence, his own life extension company, public in the next six to 12 months.

It’s yet to happen, but Juvenescence is continuing to invest in a wide range of anti-ageing therapies that it thinks have the potential to extend the human life.

One of those investments is Insilico Medicine, which aims to use artificial intelligence for drug discovery. Juvenescence has also backed AgeX Therapeutics, a California-headquartered firm trying to create stem cells that can regenerate ageing tissue, and LyGenesis, which wants to develop a technology that uses lymph nodes as bioreactors to regrow replacement organs.

Other billionaires, including Mike Cannon-Brookes, the co-founder of Australian software firm Atlassian, and NEX Group founder Michael Spencer, have invested in Juvenescence.