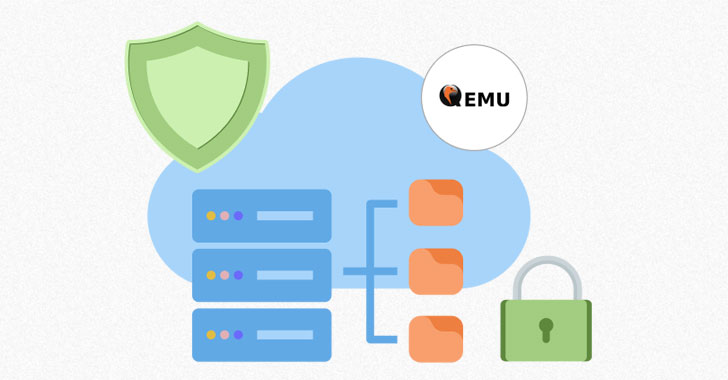 Sysadmins know what the risks are of running unpatched services. Given the choice, and unlimited resources, most hardworking administrators will ensure that all systems and services are patched consistently.

But things are rarely that simple. Technical resources are limited, and patching can often be more complicated than it appears at first glance. Worse, some services are so hidden in the background, that they just don’t make it onto the list of things to be patched.

QEMU is one of those services that tend to create difficulties with patching. It works away in the background and is easy to take for granted. Plus, patching QEMU involves significant technical and practical challenges – while requiring enormous resources.

In this article, we’ll address some of the difficulties around patching QEMU, and point to a solution that takes the toughest bits out of QEMU patching.

You’ll probably know about it if you’re using QEMU – short, of course, for Quick EMUlator – because QEMU will be delivering critical virtualization capabilities that support your workloads. That said, what you might not realize is that just like the host OS, the virtualized OS, and all your applications, QEMU also needs to be updated on a regular basis – even though it works in the background.

It’s not just a scare story. QEMU has been proven to be just as vulnerable as any other service, library, or component. For example, in 2015, the virtual floppy controller in QEMU was found to be vulnerable: it was called the Venom bug, and affected systems whether the QEMU virtual floppy was in use, or not.

Likewise, in 2019, organizations that use the KVM/QEMU hypervisor to run Linux instances were at the receiving end of a security flaw that put countless systems at risk. And, just like any other commonly used software, it’s likely that more flaws will be discovered in QEMU.

In other words, if you don’t patch, your systems will be at risk. But there’s a problem: when it comes to QEMU, patching isn’t straightforward because patching QEMU affects the underlying virtualized workload: while you stop to restart QEMU, the virtual workload must stop too.

Your options for patching QEMU

Patching a single service on a single system usually isn’t an issue – assuming you remember to do it – and even patching a single OS isn’t that hard as you can usually cope with a single restart, but it is disruptive nonetheless as every application restarts. Patching a fleet of operating systems is a lot tougher, because it could imply thousands of restarts and disruption to countless numbers of apps.

Because QEMU is a virtualization service patching has far bigger implications than simply patching another application. Patch QEMU and you have to restart the underlying operating systems that run on it.

In others, applying a patch to a single service – QEMU – can lead to the forced restart of thousands of operating systems. It significantly complicates QEMU patching – and it can mean that tech teams sometimes delay patching QEMU, trying to justify taking a risk with vulnerabilities because they view the disruption as too big.

Patching is a must, however, and there are of course shortcuts when it comes to updating QEMU – and the right way to do it. Here are some of your options.

The quick but very risky method

Your simplest, but most disruptive option, is to simply apply a patch, restart, and see what happens. If it’s just a single machine, you could be okay – after all, you’ll be aware that you’re going to need to restart your workload.

However, if you’re managing QEMU across a server fleet, or in environments where there are external stakeholders evolved, simply patching and triggering reboots across all the machines will, without a doubt, lead to many upset people.

Instead of just restarting, most level-headed sysadmins will go and add a bit more planning to the above procedure. To start off with, you’ll notify everyone affected by setting up a planned maintenance window with scheduled downtime – say, a month in advance. The problem is, of course, that you’d have to hope you are not hacked within that month.

However, during the maintenance window, you’ll have an opportunity to patch without upsetting anyone, permitted a few hours of no service is tolerated. Once you restart QEMU, all the virtual machines should restart, and you can inform the stakeholders that patching is complete.

Nonetheless, you’re likely going to set yourself up for a fair period of troubleshooting after the restarts, and though you won’t get anything thrown at you, even planned maintenance windows are challenging for everyone involved. There are also many scenarios where planned maintenance that involves actual downtime simply wouldn’t be acceptable.

Some workloads won’t deal well with the disruption caused by operating system restarts. In enterprise environments, you’ll need another plan. You’ll need to take a much more involved approach: a live migration of the QEMU workload.

You can only do this if your workload is already split across multiple hosts, and where you have high availability activated across those nodes. You then kick off patching by informing your stakeholders that a maintenance window will be due, which will affect performance – but that it shouldn’t affect availability.

Done correctly, patching by migration ensures that your QEMU instances are safely patched without upsetting stakeholders through real downtime.

The problem with QEMU migration

We’ve talked about three different approaches to patching QEMU, and the migration route is, without a doubt, the best option for organizations that rely on QEMU to drive large workloads. But even this enterprise-grade approach carries risks. You are performing a very complex procedure that, as all complex procedures, can always fail.

Some of the things that go wrong include:

Performing QEMU updates through a migration process limits disruption, but your team nonetheless needs to invest significant amounts of time in the process. The risk that something goes wrong remains – and there’s a small risk of catastrophic failure.

So, while it’s unlikely your stakeholders will see significant disruption, your team will need to do careful planning. Finally, it’s worth considering that any adverse outcome of the migration process – small as the risk may be – will reflect negatively on you and your team.

Live patching as an alternative

In the past, patching always depended on a stop, patch, restart process. Yes, migration helps by ensuring the instances that require restarting are available. But a fresher approach has become increasingly common: patching on the fly, without restarting the software that’s being patched.

Called live patching, this approach significantly simplifies the patching process. Instead of requiring a restart, live patching updates your server or the service you need patching on the go. That’s the case for QEMU live patching too, where you can now install the latest patches for QEMU – without setting up a maintenance window, nor the need to execute and plan migration.

That’s why QEMUCare, from TuxCare, is a game-changer for teams that run workloads on QEMU. QEMUCare doesn’t just make the update and migration process easier – it takes it away completely. Your QEMU/KVM instances are patched instantly with no impact on the underlying virtual machine.

Clearly, live patching greatly simplifies the process of keeping your QEMU instances up to date: it happens automatically, you don’t need to worry about anything going wrong – and you don’t need to invest a lot of time to get it done.

QEMU patching is essential – and live patching makes it much easier

QEMU may be quietly doing its job in the background, but you can’t ignore it from a cybersecurity perspective.

You must patch QEMU, but it’s understandable that your team may be daunted by the prospect.

While thorough planning and a maintenance window will get you there, live patching just makes it so much easier – you can patch more frequently, and with less effort. So, if you’re dependent on QEMU for your workload, consider how live patching from TuxCare can benefit your team.