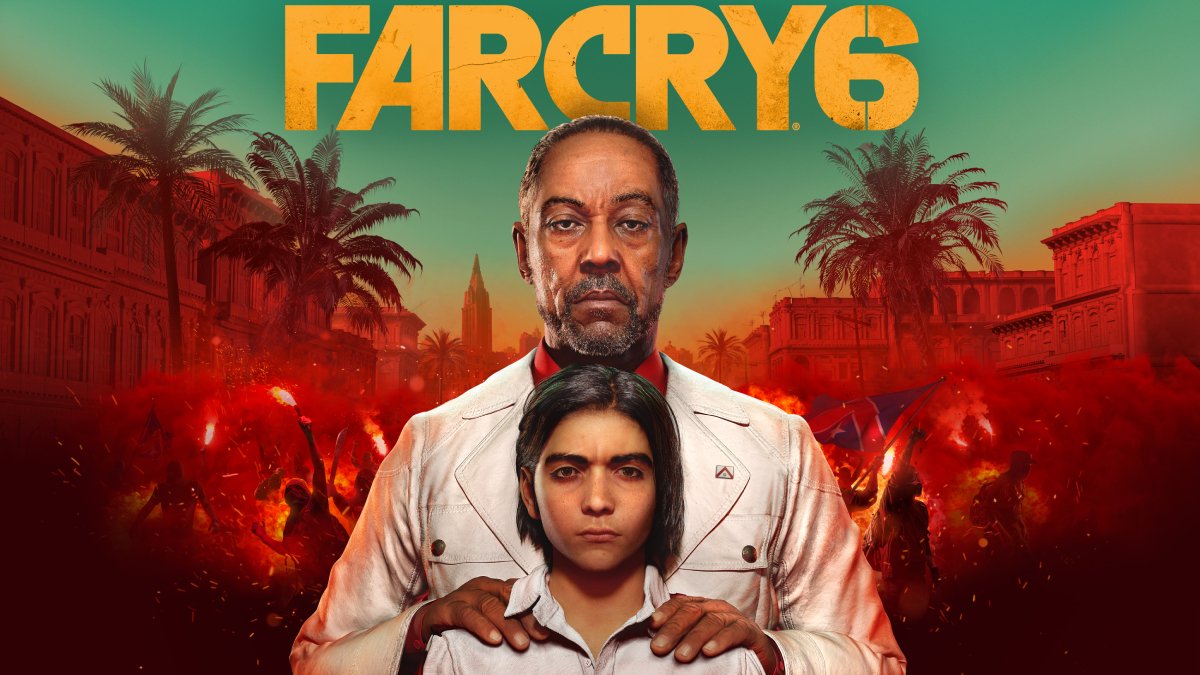 FIFA 22, NHL 22, Far Cry 6, Guardians of the Galaxy, and Metroid Dread — October is shaping up to be an action-packed month for gamers on all platforms. While you can steps into the new club jerseys of Cristiano Ronaldo and Lionel Messi in FIFA 22, you can also try your luck in ice hockey in the Frostbite engine-powered NHL 22. In Far Cry 6, you will get to take on Giancarlo Esposito of Breaking Bad fame, as he voices the villainous dictator of Yara island. If you’re longing for some no-holds-barred superhero action, Guardians of the Galaxy is set to hit all major platforms in October. Nintendo Switch users also have a reason to rejoice as the much-awaited Metroid Dread is finally set to break cover as well.

As for remasters, you can choose between the head-spinning horror Alan Wake Remastered and the high-octane action of Crysis Remastered Trilogy. Extreme sports enthusiasts can get their wingsuits on as Riders Republic is also set to hit the stores. Fans of real-time strategy games on PC will get to command and conquer powerful civilisations in Age of Empires IV.

EA is back with its annual FIFA release yet again. So, what’s new this time? Definitely not the cover star, the World Cup-winning French hero Kylian Mbappé, who also graced the FIFA 21 (review) cover last year. Users on the current-gen consoles or PC will have pretty much the same experience as the recent titles, apart from some changes in cutscene animation, here and there. However, next-gen console owners will get to experience HyperMotion Technology that promises improved AI, notably better player animations, and more realism.

FIFA 22:All You Need to Know

If you have already played 2010’s anxiety-inducing horror action title from Remedy Entertainment, you’ll know what to expect. For those of you who haven’t, Alan Wake follows the story of an eponymous novelist who tries to take on supernatural forces to find his missing wife. The original game was marked by impressive visuals — way ahead for its time back then — and a unique horror survival gameplay that had you constantly on the run. The Remastered version will bundle two DLCs, The Signal and The Writer, and also bring in upgraded 4K visuals at 60fps. Alan Wake Remastered has reportedly been rated for Nintendo Switch, but nothing has been confirmed by the developers so far.

The Far Cry series has always been known for its villains and unrestricted open world gameplay. However, none of the series villains have tasted as much popularity as Far Cry 3’s Vaas, brilliantly voiced by Michael Mando. This time around, his Breaking Bad universe co-baddie Giancarlo Esposito (who played the devious Gus Fring) is set to voice ‘El Presidente’ Antón Castillo — the Machiavellian dictator of the fictional island of Yara, where Far Cry 6 is set. Gamers will get to experience a new Caribbean setting, along with several new companions (including a crocodile) as well as new class of weapons (including rocket-launching backpacks a la Boba Fett).

Far Cry 6 Is All About Cuba, but Yara Is Not Cuba

When: October 8
Where: Nintendo Switch

A spiritual successor to Left 4 Dead 2, Back 4 Blood brings back the four-player co-op that popularised the zombie shoot-em-up series. It will also have an eight-player PvP ‘Swarm’ mode. The premise is pretty much the same as the hordes of zombie franchises out there. You play as one of the ‘Cleaners,’ a band of survivors who must take on and survive the multitudes of zombies (called ‘Ridden’) created by a global outbreak of a parasite. To keep things interesting, Back 4 Blood will feature a card-based loadout before each session, where players can stack up various abilities to up their gameplay. The AI, in turn, will also use Corruption cards to throw a spanner in the works in the form of larger hordes, environmental hurdles, more.

Crysis is back in a shiny new NanoSuit. Known for its severely impressive PC requirements, all three Crysis games were marked by gorgeous graphics and memorable NanoSuit powers. Remasters of the single-player campaigns from Crysis 1, Crysis 2, and Crysis 3, will be available as an all-in-one bundle. Customers can also pick up individual copies of Crysis 2 Remastered and Crysis 3 Remastered, to be made available on October 15. The remastered editions will bring in visual enhancements throughout, along with 60fps gameplay at up to 4K resolution.

Even if you aren’t a huge fan of ice hockey, EA’s NHL games are still a lot of fun to play. NHL 22 is the first in the franchise to use the Frostbite game engine, promising greatly overhauled graphics and player animations. NHL 22 will feature Superstar X-Factors, which are nothing but abilities that make each player feel different and more similar to their real-life counterparts. So, if you decide to try a different sports game this year (apart from FIFA or NBA), NHL 22 is a great choice.

Guardians of the Galaxy

Time to fire up your rocket boots as Guardians of the Galaxy is set to make its video game debut. The title has nothing to do with the MCU movies — the characters don’t even look the same as their actor counterparts. You will get to play as Star-Lord and use his many gadgets to blast though enemies. Sadly, you won’t get to play as Drax, Gamora, Groot, or Rocket. However, Star-Lord will get to issue commands to each of the Guardians and all the characters have unique skills and abilities that can be used smartly to your advantage. Judging by the trailers, the game appears to be just as tongue-in-cheek as the James Gunn movies.

From Forza Horizon 5 to Guardians of the Galaxy, the Best Games at E3 2021

The Age of Empires games have always been considered to be the apotheosis of real-time strategy games. The last original title, Age of Empires III, was released way back in 2005. Barring a few remasters, this is the first time fans of the series will get to play a brand new Age of Empires title. Staying true to the classic gameplay, Age of Empires IV will bring to table eight civilisations, including the likes of the Delhi Sultanate and the Mongols. No word on whether this title will have the cheat-code enabled Cobra Car (that uber-cool indestructible sports car) from Age of Empires II though.

From developers Ubisoft Annecy, the same studio behind 2016’s Steep, comes its spiritual successor Riders Republic that promises to go beyond snow-capped mountains without compromising on the high-on-adrenaline gameplay. Riders Republic broadens the horizon with an activity-rich open map which picks up elements from American national parks such as Bryce Canyon and Yosemite Valley. Over 50 players can compete with each other in activities such as mountain biking, wingsuit flying, and skiing. An invite-only beta was rolled out in August for a limited period, and here’s what we thought of the game back then.

When: October 29
Where: Nintendo Switch

Over 100 minigames remade from past games in the Mario Party series, five redesigned maps from the Nintendo 64 era (including the iconic Space Land), and a collection of all your favourite Super Mario characters — Mario Party Superstars appear to be a fun title to pick up on your Switch.