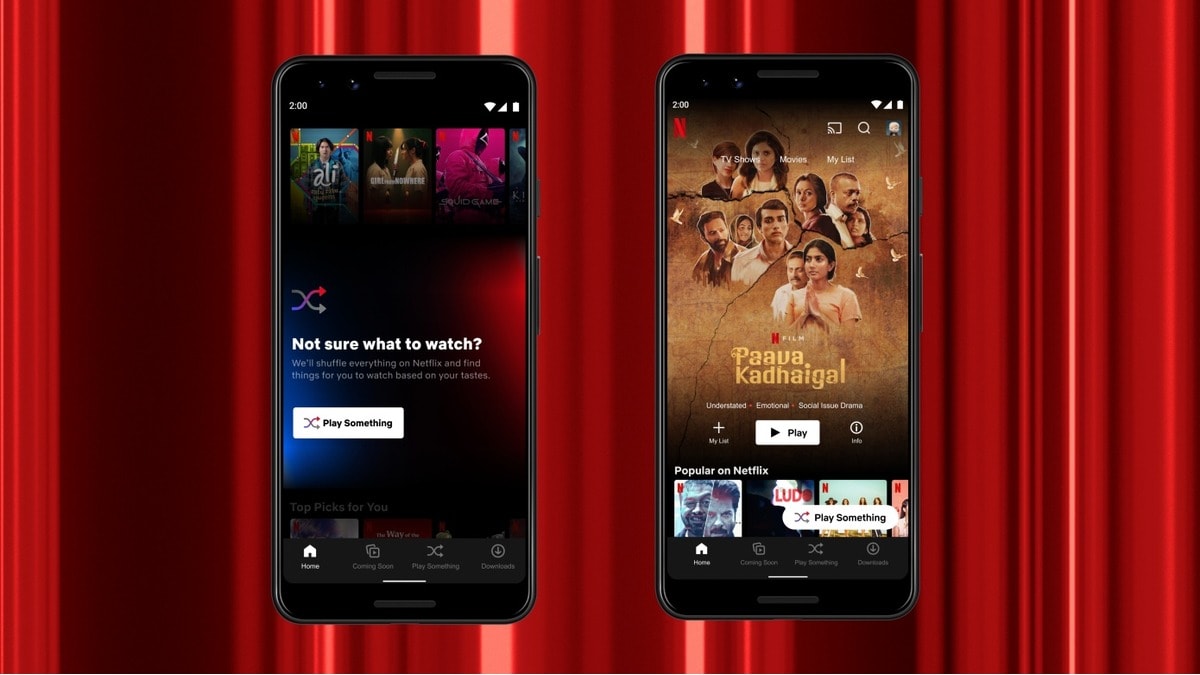 Netflix has announced an update for its Android app that will bring the Play Something and Fast Laughs feature. The former, a randomised shuffle play feature, was first spotted testing in May and was added as a feature to the TV app in April. The Fast Laughs feature is similar to TikTok, wherein it shows random small comic clips in rapid fire. This first appeared for the iOS app back in March. Fast Laughs displays a full-screen vertical video in an auto-playing feed.

The Play Something update for Netflix is currently out for Android users only. The video-streaming platform mentions that it will first test this feature on iOS in the coming months. However, the new-for-Android Fast Laughs feature is already available on iOS devices since March.

Netflix’s Play Something feature can be used through a new button added to the home screen — after the user has selected a profile. It is visible on the bottom right corner, above the menu bar at the bottom. The Play Something button hovers over the content of the home screen. It is basically a shuffle play option that plays a movie or TV show that Netflix thinks a user may want to watch.

However, the shuffle play feature is not random as Netflix would only play content based on users’ interests and previous viewing behaviour. Play Something feature would continue content that users may have begun but not completed, is added to their watch list, or is brand-new content that Netflix’s algorithm may suggest users.

Furthermore, Netflix has added a TikTok-esque feature to its mobile apps — Fast Laughs. This feature shows random small funny clips in full-screen vertical format in an auto-playing feed. Fast Laughs gets its own dedicated menu in the bottom bar along with Home, Coming Soon, and Downloads. The feature was first introduced in March for the iOS app and the clips featured here will come from the vast library of TV shows, movies, and stand-ups from the comedy genre.

Satvik Khare is a sub-editor at Gadgets 360. His proficiency lies in educating how technology makes life easier for everyone. Gadgets have always been a passion with him and he’s frequently found finding his way around new technologies. In his free time he loves tinkering with his car, participating in motorsports, and if the weather is bad, he can be found doing laps on Forza Horizon on his Xbox or reading a nice piece of fiction. He can be reached through his Twitter
…More

Android 12 Brings Back the Dessert Names Tradition With ‘Snow Cone’