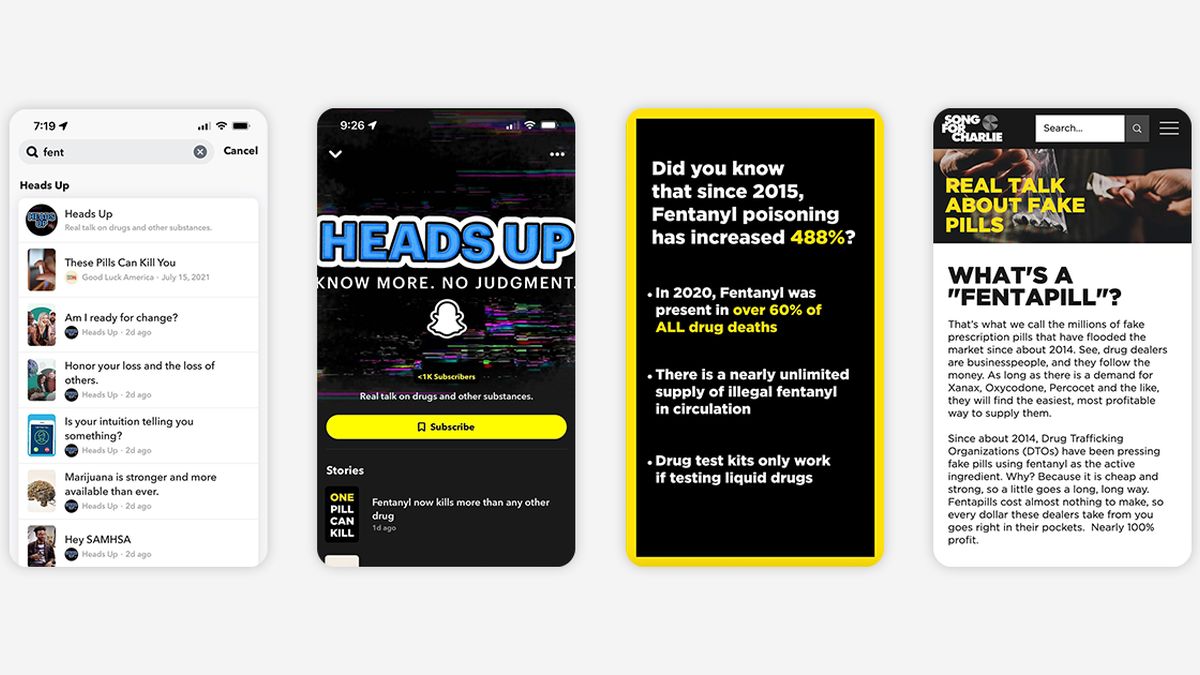 Snap is launching an in-app tool to educate users searching for drug-related key words on Snapchat about the dangers of drugs and is working on tools for parents to help keep teenagers safe on the service, the company said on Thursday. The announcement comes after a public safety alert from the US Drug Enforcement Administration (DEA) last week, which warned about an increase in fake prescription pills containing fentanyl and methamphetamine often sold on social media and e-commerce sites.

DEA head Anne Milgrim said in a recent interview with NBC News that social media companies were not doing enough to stop the problem.

Social media companies, including the world’s largest social network Facebook, are under scrutiny from lawmakers over their impact on young users’ safety and wellbeing.

Snap, which this summer faced a protest at its headquarters from parents whose children had died after taking counterfeit pills, said it had in the last year grown its team that handles law enforcement requests to improve response times.

It had also worked to improve its proactive detection capabilities to remove drug dealers from the platform.

“We have heard devastating stories from families impacted by this crisis, including cases where fentanyl-laced counterfeit pills were purchased from drug dealers on Snapchat,” Snap said in a blog post on Thursday. “We will work tirelessly to do better and do more to keep our community safe.”

Snap said it had developed a video advertisement campaign and a new filter to raise awareness of the dangers of fentanyl and counterfeit pills.

“Our first priority was to warn the kids that these counterfeit pills have flooded the US market,” said Ed Ternan, whose son died last year from taking a fentanyl-laced pill bought from a dealer he found on Snapchat, and whose non-profit organisation Song for Charlie is now working with the company.

A Snap spokeswoman also said it would host a summit this month with law enforcement officials to improve lines of communication.