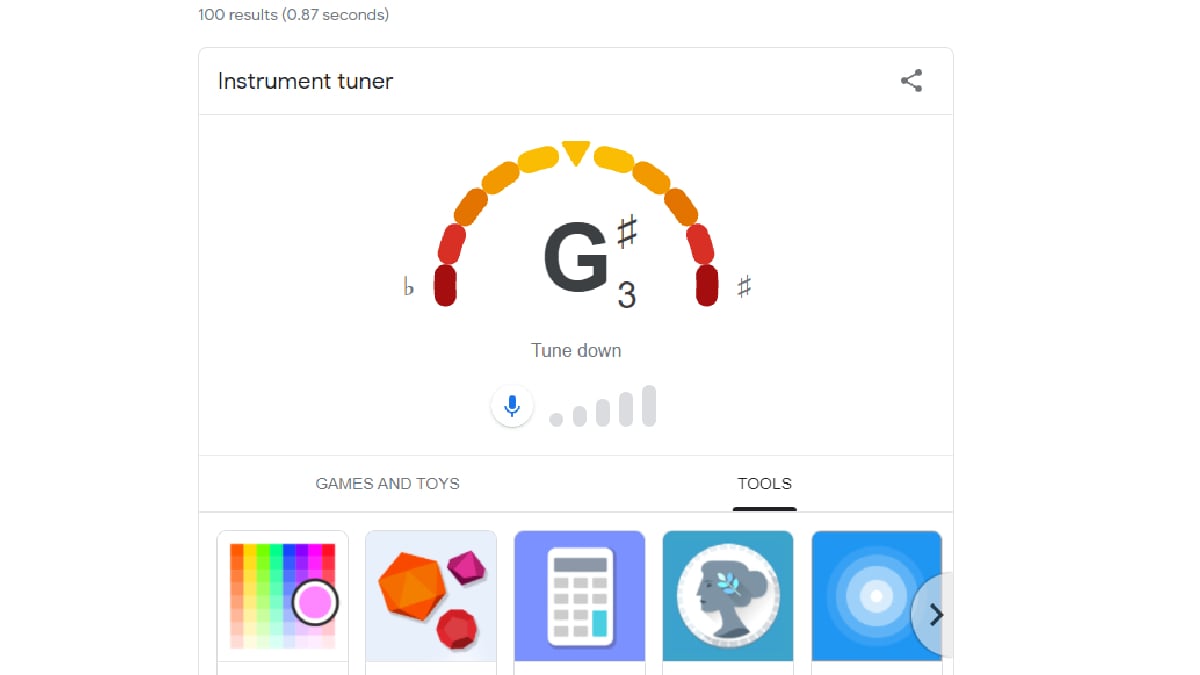 Google has added a new feature that allows users to tune their stringed instruments with ease. The internet giant has added an instrument tuner to its search engine that will let you tune a guitar using the microphone of your device. The new inbuilt tuner works like any other guitar tuning app available on different app stores. The feature is now live and users just need an updated browser and a phone or a computer with microphone access to try it. You can access the tuner by simply typing “Google tuner” in the Google Search bar.

The rollout of the latest feature was first spotted by Android Police. The report says that Google unveiled the instrument tuner feature on the search platform on Thursday, October 7. The interface of the chromatic tuner is familiar and works just like any other popular instrument tuning app on Google Play store or Apple’s App Store — much like a physical tuner. When the user plays a string on their guitar, the tuner will quickly catch the note and give suggestions to play the note aimed.

In order to use the feature, you need to provide Google the permission to use your device’s microphone. The output from the instrument tuner will depend on the quality of the microphone of your mobile phone or computer, but should generally work fine with most devices.

Google has also added new search filters on Gmail for Android. The new feature allows users to quickly and easily filter email search results on their mobile devices. The search filters should appear below the search box on the Gmail app. The filter can be a name or a specific timeframe. Additionally, Google has released new settings to the Google app on Android that lets users choose if they want personalised search results.